Now There's A Man Who Can't Hold His Fuckin' Liquor 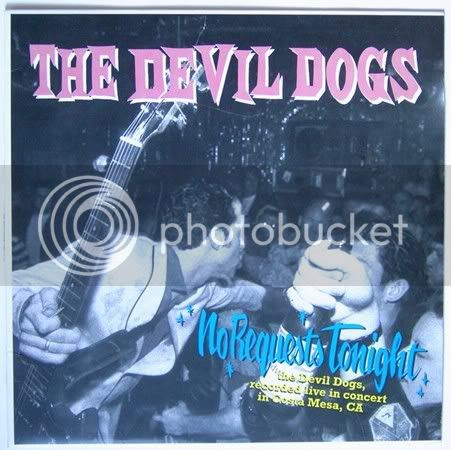 The Devil Dogs ruled mightly. I mean, the Scott Kempner says so, and there's no messing around with that shit. I don't know why I don't own more of their stuff, but that still doesn't mean that I can't look back on the days when bands like the Devil Dogs, The Rip Offs, Teengenerate, and the New Bomb Turks roamed the earth full time, and every so often you could read Gearhead and laugh at it because it sucked.

"No Requests Tonight" is a "hot"-sounding live set from '94, meaning it's pretty loud and you also get some hilarious stage banter to keep things interesting ("Fuck Seattle! That's hip if I say that, right?"). I'm sure you can easily find where someone's posted the CD of this on the internet, but CDs are for chumps, right, cuz punk rock like this was made to be played on thick, scratchy vinyl. Since I'm not gonna include the Sonny Bono cover, I'll tack on a studio version of "Radiobeat"-- truly one of the best songs ever-- so now everyone can get fully acquainted with the awesomeness that was the Devil Dogs. 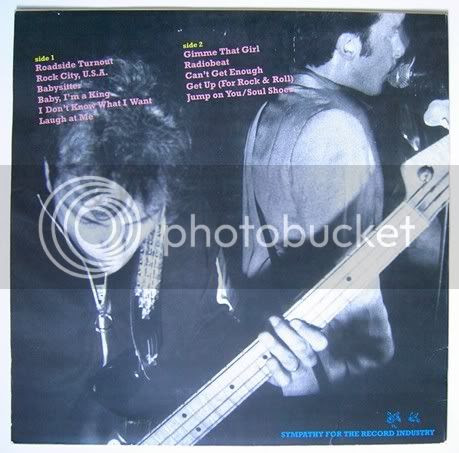 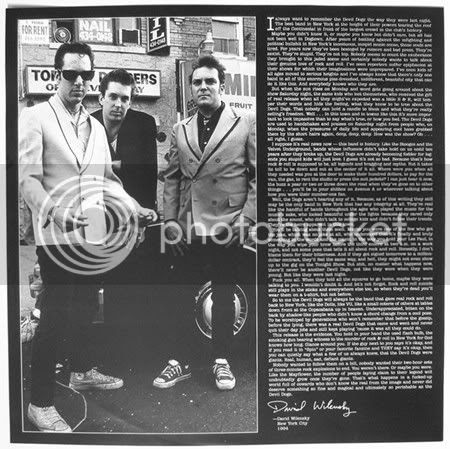 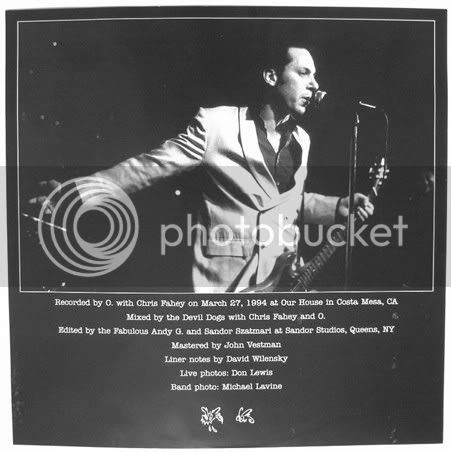 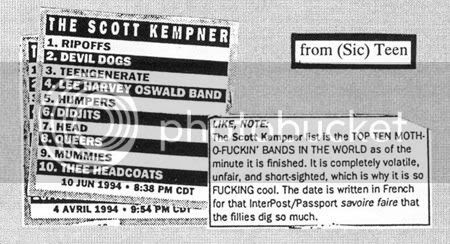 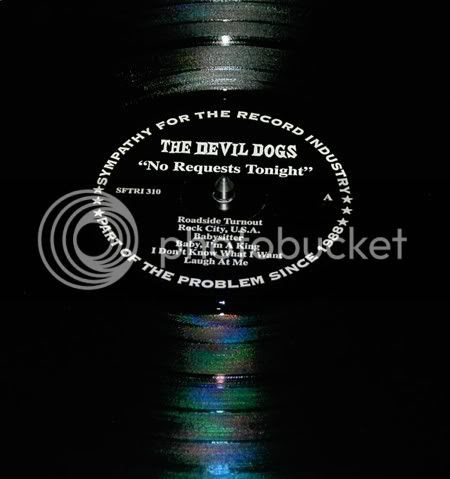 Pretty much slapped-together by Brushback at 9:10 PM

I bow accordingly..this is what turntables were made for. I want, really..really, to like Andy G & The Rollerkings as much as the Devil Dogs, but some formulas shouldn't be toyed with! Any older Gaunt kicking around? -Sean/Wires In The Walls

I had Gaunt's "Jim Motherfucker" and one of their CDs, but I could never get into them. Too much rackety lo-fi.

Here's a listen-only track of "Jim Motherfucker"-- it's actually pretty good, I guess.

gaunt's "I can See Your Mom From Here" is _the one_ for me, cuz it's on Thrill Jockey and a little more cleaned-up and song-y.

i saw Gaunt/New Bomb Turks/Devil Dogs one sophomore-year night at Maxwell's, and was elbowed in the face for my troubles. gaunt covered "unleashed! the large-hearted boy" by gbv.

it was luscious, but the Turks were my fave of all the punk bands of them 1990s. jeepers, those first two albs!

The first two New Bomb Turks albs are friggin' IMMENSE. Two of the best records ever. What power they had.

The mp3 files on this post are now listen-only (non-downloadable) files. TOUGH SHIT, YOU FRICKIN' JERKOFF! No, actually, for those of you who missed the boat, I will do my best to respond to any e-mailed requests for the original files.

Oh, by the way, I do still have the "Speed Kills" Gaunt 7", so maybe someday I'll post that.