We Were Still Sleeping So They Started Shooting 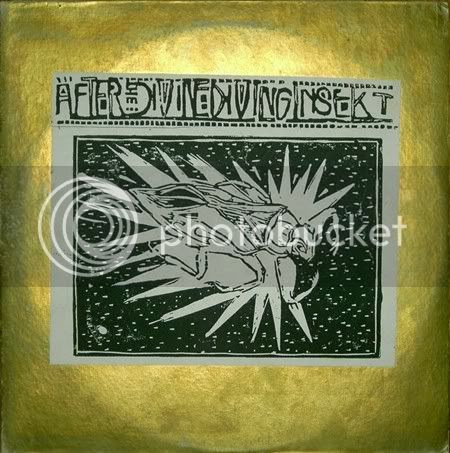 This is a compilation LP that I picked up from Ajax Records a bunch of years ago (well, 1997, obviously). No doubt I took a flyer on this because Tim was pushing it for cheap and I probably had a $5 credit slip or something, so I tacked it onto one of my orders. Tim might've had a crummy fanzine and a mostly crappy record label, but he ran a heck of a mail order business, that's for sure.

"After The Divine Diving Insekt" isn't a bad collection, either, if you like little self-recorded bedroom pop songs and things of that nature. Like Blackbean & Placenta and a few other labels from around that time, this is about as D.I.Y. as it gets. My copy came with a record jacket that was recycled from an old New York Philharmonic album sleeve, spray-painted gold with stickers applied to the front and back. Sure, it might seem like an indie label cliche now that everybody's done it, but at one time it was a dumb idea that no one had ever thought of before. You know, like the first emo kid to figure out that a number 75 clasp envelope makes a perfect 7" record sleeve, some shit's so retarded that it was actually kinda genius once.

Most of the bands on this comp are from Florida (Gainesville, mostly) with a few exceptions, including The Philistines Jr., who're from Connecticut. I was never much of a fan of The Philistines Jr. and passed up plenty of opportunities to see them play and buy their records, but their song here is nicely hypnotic ("First came the Russians/And then came the Germans/Back came the Russians"), and I actually like it a lot. Peter Katis, of course, is better known these days as the producer for Interpol, The National, and Tokyo Police Club-- among others-- but back then he was just some guy in a couple of bands with his brother, putting out records that had really ugly sleeves.

I found this to be a pretty good record to have playing in the background while doing household chores and stuff, or as the last thing to listen to before going to sleep. Of course, lots of people wash dishes to Les Savy Fav, too, so that's probably not saying much. 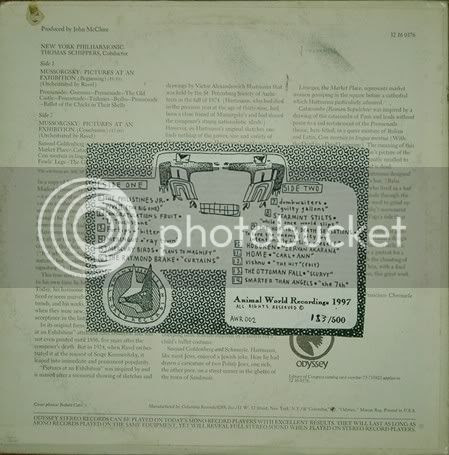 "To Lure The Enemy's Pity by Intentionally Hurting Oneself"

(all these files are now listen-only) 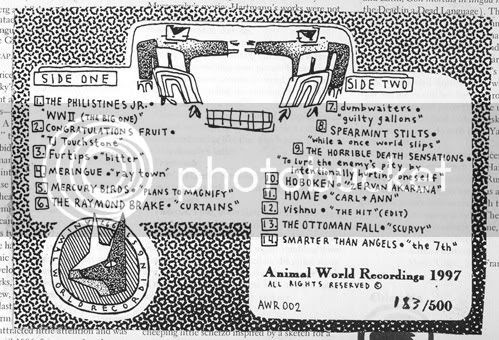 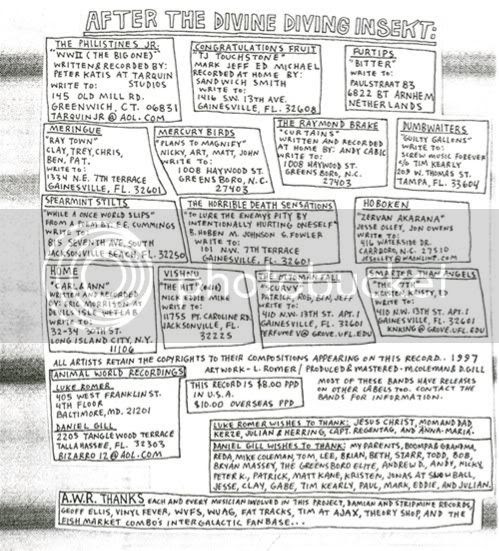 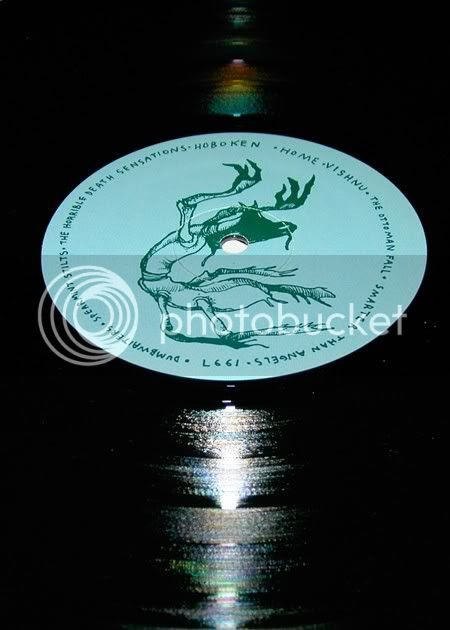 Pretty much slapped-together by Brushback at 10:17 PM

I don't have much time to post anymore. I'd love to hear it though, and the Furtips track too.

I'll get right on it.

The Raymond Brake song is nothing like their "rock" stuff, however.

Caporino told me that MOTO opened for the Philistines jr. back then, and they made fun of him for saying "ya'll"...if you're reading fellas, FUCK ALL YA'LL!!!!!

Yes! If there ever ends up being fisticuffs between M.O.T.O. and The Philistines Jr., I want to be a part of it.

I hadn't thought of the Philistines Jr. for years but when I saw this post, I remembered that I really liked them at one point. Listening to this song, though, I have no idea why. They must have been really nice guys or friends with AOD or something.

Jim, your dislike of The Philistines Jr. is acceptable, though somewhat of a small mystery in light of the superior track I've posted here.

The mp3 files on this post are now listen-only (non-downloadable) files. On my Vox account (accesible by clicking on the listen-only files) I've also posted one extra track from Vishnu that wasn't in the original blog post.

Thanks go out to the guy who asked me to rip two extra songs, and then never came back. That was nice, jerkoff.