Don't Go Near The Water 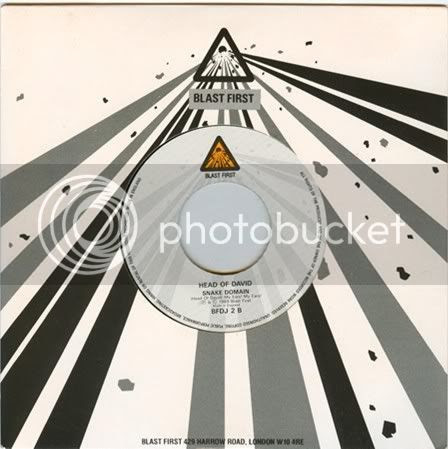 Head of David were like an updated version of Big Black made louder, more metal, and more convincingly British, and I remember playing the heck out of "LP" and "Dustbowl" back in the late 80's. Justin Broadrick (Napalm Death/Godflesh/Jesu) was the drummer in Head of David at one point, which was made into a big deal at the time ("Hey, didja hear there's a Big Black rip-off band that has a metal guy in it?"), but people forget that Paul Stanley was in Raging Slab for a while, and nobody cared.

This is one of the 45s that Blast First released as part of their limited "Devil's Jukebox" 7-inch box set. I don't own the full set of these, though I have at least one other that's kicking around (the Big Stick/Rapeman one, if you're taking notes).

Blast First, of course, is best known for not releasing any records that Homestead and SST didn't release first. 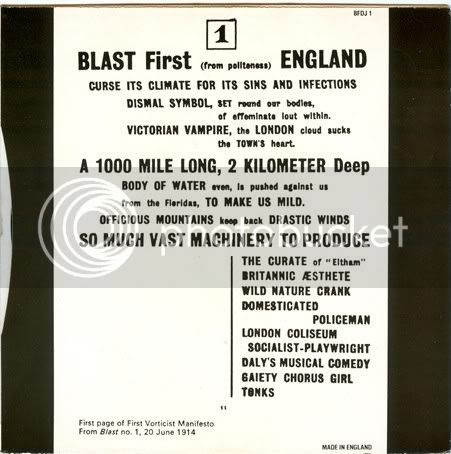 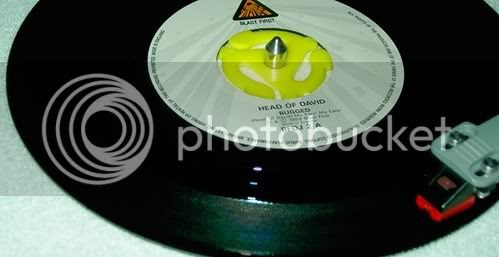 Pretty much slapped-together by Brushback at 10:49 PM

Hey, cool. Someone not long ago recommended that I listen to Head of David, given the Broadrick connection (actually, maybe it was you). Sounds pretty good. As usual, I discover this stuff decades late. Thanks again!

Well, at least I was good for something today.

Good timing. Just picked up Dustbowl for $5 from a mildew ridden junk shop. Found, also: The Mentors 'You Axed For It', Bonemen on Barumba LP

Have you checked out The Fall Of Because? Pre-Godflesh LP with the Broadrick one.

I haven't heard any other Justin Broadrick stuff outside of Jesu and Head of David, really.

Not unless a Napalm Death record was playing in a record store that I was in once, possibly.