We Look Good And We Get Shit Done 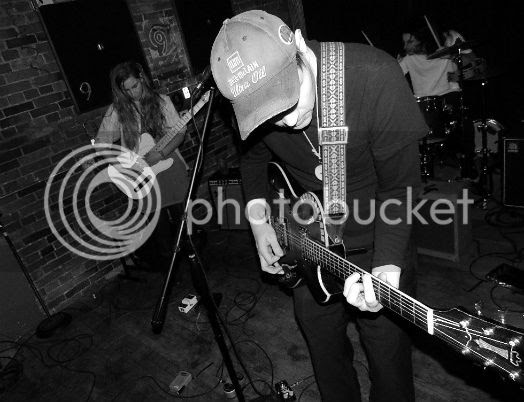 Every time I've gone to a show in New Haven lately I've gotten there way too early, so last night I took my time strolling towards the side door of Cafe Nine, figuring I'd take some time off the clock and save myself a few seconds of sitting around inside doing nothing. I was just about ready to hand the guy my six bucks to get in when I heard "This Town" coming through the window: Fuck! Medication's set had started already! I quickly spun around to head back to the car and and get my camera, no doubt looking like a complete spazz to the guy who was collecting the door money. I ended up catching maybe the last 4 or 5 songs of Medication's set, and they were hot as always -- their familiarity with their set list is starting to show through, lending a more laid-back "been there" feel to their delivery, which I kind of enjoyed. Watching Medication mostly involves standing there slack-jawed thinking, "gee, I can't believe I get to stand here and listen to all these great songs"... Woollen Kits went on second, and while this isn't something that I picked up on from listening to their songs at home-- I had to see them live to figure it out-- but, if I had my back to the stage and Stefan was doing the singing, I would've thought Estrogen Highs were playing. Both bands have the same sense of melody and use of repeating rhythms, meaning they both have that Modern Lovers "She Cracked" thing going on. I actually still haven't heard all but a couple songs of Woollen Kits' new LP, and then it turned out that they were all sold out of their copies as of a week ago, so I couldn't buy it last night anyway. They did bring a cassette with them though, a live tape that Fan Death put out, so I bought one of those (which is where the song I've posted below is from) and listened to it twice on the ride home. Woollen Kits are a really great band, with a fittingly odd charm about them-- I would love to see them a bunch more times if I could, except that, you know, they're from Australia... Mountain Movers continue to morph into a swaggering, unhinged, fuzzed-out rock band even further, doing whatever the fuck they want while embracing all of the messes they make. They were even asked to turn it down at one point last night, if you can believe that. They started off with something that I didn't recognize, a swampy blast of a verse and maybe a chorus and that was it-- 40 seconds into their set and the first song was already over. Awesome. They followed with a really out-there version of "I Watch The Sea", which they'd make really quiet before taking off into a brief patch of noise and then settling back down again, back and forth a few times, with Ross' drumming nearly leading the whole thing. Dan sang a ballad, something about the birds and winter, after which he announced another new song, which was both extended and heavy, and now Ross' drumming became even more noticeable... Dan's started doing this Elvis/Neil Diamond thing with his arm now during "World What World", it's actually kinda funny to watch. The Mountain Movers have just started putting out a series of new singles on their own Car Crash Avoiders label, you should check it out.

"Stuck In My Mind" 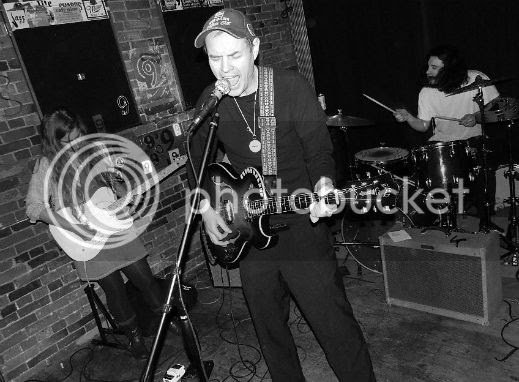 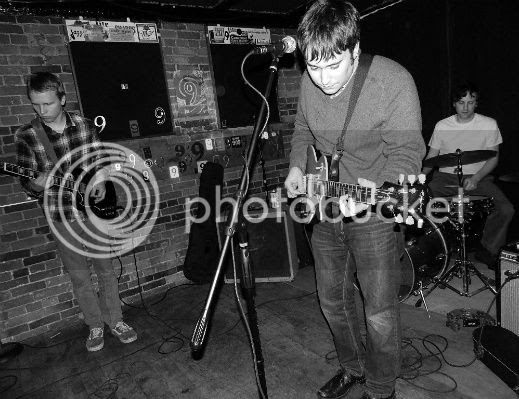 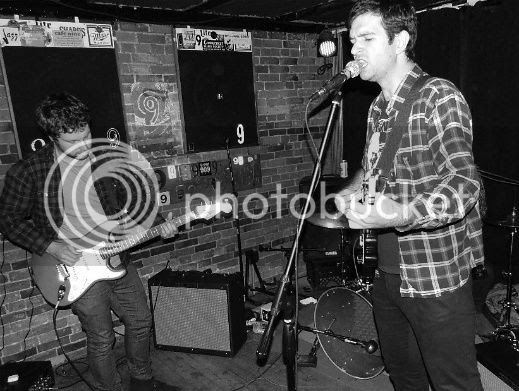 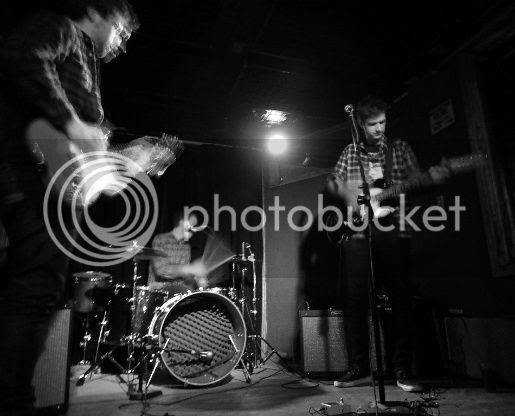 Pretty much slapped-together by Brushback at 11:12 PM

What a great show, I'm jealous!

There's a new Captcha now? I didn't notice, I'm usually logged-on so I don't get that when I have to comment...

Maybe it's something I can turn off. I might go back to unmoderated commenting anyway, it was just for when I was getting a bunch of spam attacks.

I turned the 'word verification' off, since there's no sense to having both word verification AND comment moderation. I saw that it was one of those Captcha's that's annoying to read, where the letters are all scrunched on top of each other.

Holy crap, now that I've turned off the word verification I've got five extra spam-bot comments to delete every day! I may have to turn it back on...

No really - I blew out an eardrum yesterday, I'm tired, dizzy & emotionally fragile. But I'll try & toughen back up!

Wow, an eardrum, how does that happen? I'm supposed to go for a hearing test this year, that sort of stuff worries me...

Apparently my ears are my Achilles' heel - this is the second time this has happened. Infection, out of the blue, nothing you can do. Very rare in adults, you do NOT have to worry.
But 'til the eardrum actually pops the pain is excruciating! It's totally weird to sit around *begging* for blood & other gross stuff to explode out of your ear.

Then then you're just tired & dizzy for a week or 2. Joy.