I Can Hardly Breathe In Here 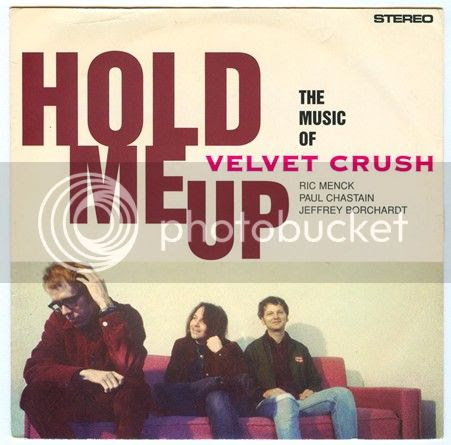 It shouldn't be too surprising that I think Velvet Crush's "Teenage Symphonies to God" is a great album, since I'm generally way too into anything that sounds like Cheap Trick, NRBQ, or Big Star. Right now I can't even find my copy of "Teenage Symphonies to God", even though I know I just listened to it about a month ago, which is annoying me to no end. Someday I have to figure out a better way to file my records other than "put the bigger square stuff with the bigger square stuff and put the littler square stuff with the littler square stuff". All is not lost, however, as I have the single for "Hold Me Up", so I'll just go with that for now. "Hold Me Up" is easily the best song on the LP, if not one of my top 100 favorite songs of all time; I totally love the intro ("deeeeeaaaaad on the phone") and how the guitar goes into overdrive every so often. I'll even include the b-side, which is the theme song from The Jetsons, "Mr. Spacely". Yeah, you gotta love Mr. Spacely. Actually, no, it's a Byrds cover, back when you had to cover the Byrds if you were a jangle band because it showed that you were serious. I owned a Byrds LP once, but it sucked, and then I lost it. 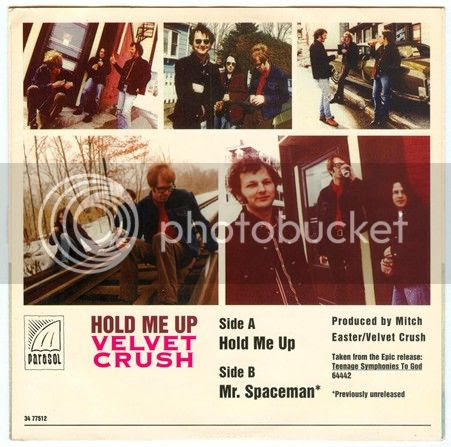 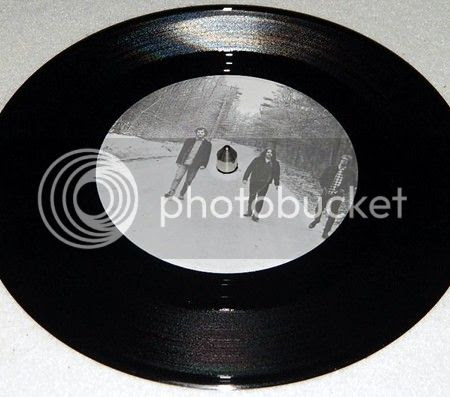 Pretty much slapped-together by Brushback at 8:22 PM

Hey, the Byrds had a boatload of great songs! "Mr. Spaceman" is definitely not of of them, though.

I only like that "feel a whole lot better" song.

Ahhhh, Velvet Crush! Along with Small Factory, they were Providence's answer to an unasked question about "who shall carry the mantle of pop in this forsaken city"? These guys all worked at In Your Ear / Toms Tracks / whatever other record store was on Thayer Street at the time, and I have fond memories of paying for my used records then going across the street to have the guitarist from Six Finger Satellite make me a sandwich. If you like the Big Star/Cheap Trick vein of sound..you should also dig out the producer of this nugget, Mitch Easter's, old band band "Let's Active".

Yeah, I listened to Let's Active a little bit back in the '80s -- I used to own "Cypress", but by then I was already about to move away from that kind of stuff fairly quickly.

Love Velvet Crush, and Big Star is my gun-to-the-head favorite hands down. So, can you tell me about what NRBQ I need to hear?

And if Sean's paying attention, I'm in the dark about Let's Active, too? Any advice on must-haves?

Not that I'm the world's biggest NRBQ expert, but I think the mid-70's Terry Adams/Al Anderson/Tommy Ardolino stuff is the best. "Live at Yankee Stadium" (a studio album) has my favorite songs on it (especially if you get the one with "Ridin' In My Car" added to it) -- "Want You Bad" is like the best Alex Chilton song that Alex Chilton never wrote...

No doubt Tommy Ardolino (rip) is seriously one of the best, most swingin'-est drummers ever.