Where I Live It's The Only Thing To Do 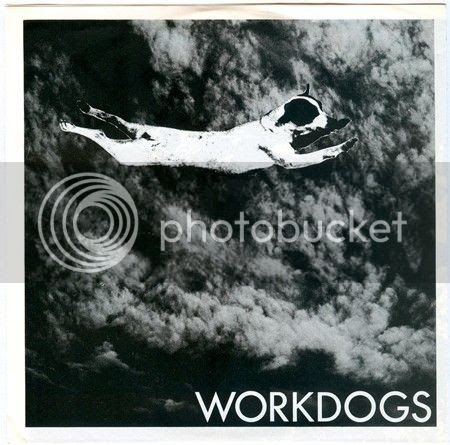 I couldn't find the record that I wanted to post next (the Humpy/Oheisvasara split), so this is the one that you get instead. It probably doesn't matter, since only about 3 of you are going to bother to listen to this anyway. Workdogs had some pretty interesting records, based on the few things that I've heard here and there (the song about living with hippies was a riot), though this single may or may not have been one of them. Both sides of this 7" are the same song, one of them recorded with Bond Bergland (Factrix) on guitar and the other with Malcolm Riviera (Velvet Monkeys, Grand Mal) on piano. Malcolm Riviera also has a really interesting Flickr stream, which you can see here. Originally this 7" was sold as part of Vital Music's "Swinging Singles Club", but that's not how I got it, I just happened to randomly pick up a couple of Workdogs 7" for a couple of bucks each way back when. Now that I think about it, it's really amusing to think that Vital Music was trying to sell subscriptions for $35 to a singles club that included seriously shitty bands like Youth Gone Mad and Reverb Motherfuckers. 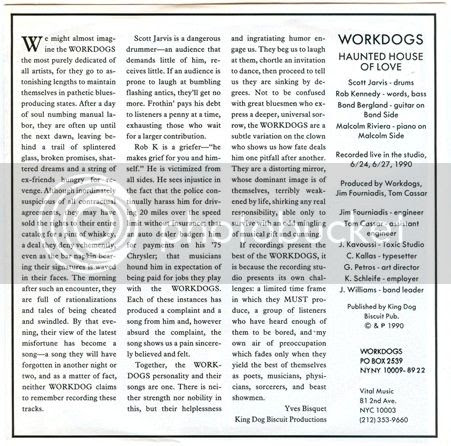 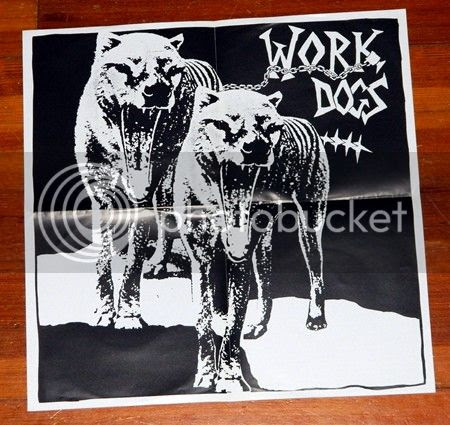 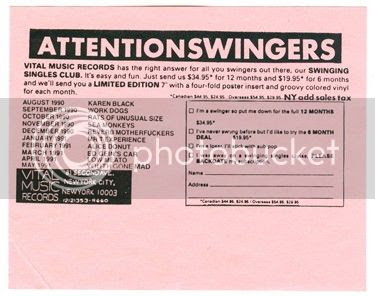 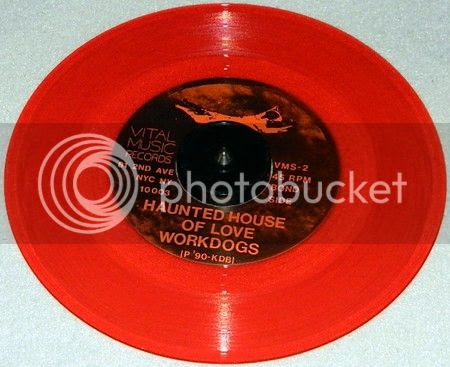 Pretty much slapped-together by Brushback at 10:11 PM

crazy! i was just looking up this stuff yesterday. particularly looking for PURPLE JEEZUS side project of Workdogs....good one.

Is that the band on Anthrax Records? I might have a Purple Jeezus 7"...

Are you familiar with the amazing awesomeness that was Rob Kennedy's band in the late 70s/early 80s, the Chumps?

Reverb Motherfuckers is one of the worst band names ever. That name is so pathetic, I don't think I ever even bothered to check out the records we got at my college radio station.

Hmmm . . . maybe I should post the Workdogs "I Saw Mommy Kissing Santa Claus Thing"" for Christmas. Such a sweet song.

The Chumps is only a name I've heard in passing, I've never heard anything by them... that was Rob K's first band down in D.C., right?

Yup! You made it!

@Lightning Baltimore - You should, you should!