I've Been Here Far Too Long 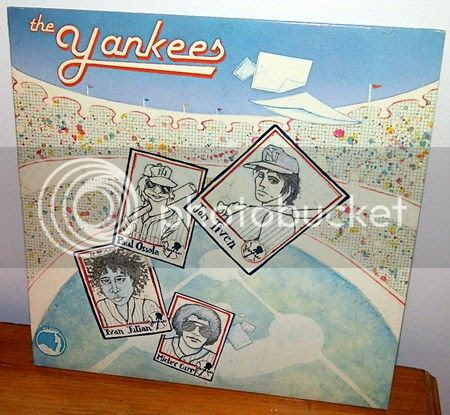 I don't expect any of you to give two shits about this record, just like I wouldn't give two shits about this record either if it weren't for the Alex Chilton connection: The Yankees' Jon Tiven produced and played guitar on AC's "Bach's Bottom"/"Singer Not The Song", while Alex co-wrote one of the songs here and sings back-ups as well. Parts of this record rise above some of the '70s pop-rock that was happening at the time (what exactly was "happening" in 1979? "My Sharona"? "Do Ya Think I'm Sexy"? "We've Got Tonight"? Randy Vanwarmer?), although that statement is open to interpretation. "Take It Like a Man" almost sounds like shitty Wilco, or shitty Wilco almost sounds like it, one or the other; the vocals are mixed louder than on all the other tracks on the album, so I guess they were hoping that this one would be the "hit". "Everyday I Have To Cry" steals the chord progression from "Free Again", which I guess is okay because Tiven co-wrote that one, too.

Google says that Jon Tiven was originally from New Haven (where he had a fanzine called "New Haven Rock Press" that Tosches, Meltzer, and a bunch of guys wrote for), and a few New Haven-area musicians that you might recognize appear on this record, such as Christine Ohlman and Roger C. Reale. Also the album jacket makes me think of NRBQ, for some reason. 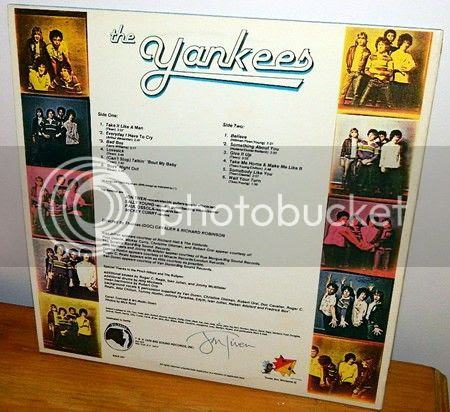 "Everyday I Have To Cry" 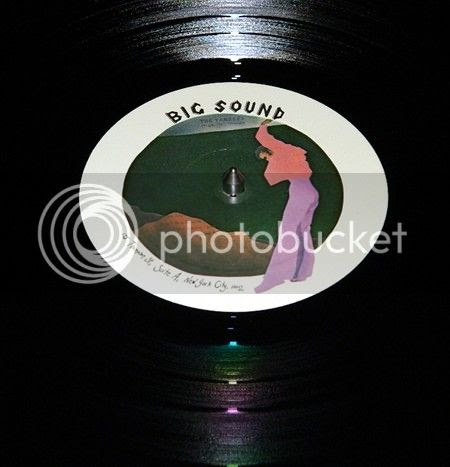 Pretty much slapped-together by Brushback at 8:40 PM

Wait a sec. The first version of "Free Again" was recorded by Mr. Chilton back in 1970 (eventually to be released on, you guessed it, "1970") so I'm having some doubts that Jon Tiven co-wrote it. On the other hand, this "Everyday I Have To Cry" of whom you speak does bear a striking resemblance in the arrangement department to the "Bach's Bottom" version of "Free Again".

I have just re-read my comment and now realise that I have wasted my life. Move along please.

Thanks, have been pretty curious to hear this, even after paying absurd price to track down the (related) Prix compilation released in Japan, on notion it was another 'lost' Chilton combo. Any chance you'd post the rest of the album for a little while? It ain't ever gonna be re-issued...

PastorJerkface, you're right about "Free Again" being on "1970", but it's a really country version and doesn't have the opening guitar riff.. I'm guessing that Tiven added the guitar parts years later, and that's how he got co-writing credit for "Bach's Bottom"/"Singer Not The Song".

Fantom, these are the only 3 tracks that I ripped. Ripping all the other tracks would take a while, and I don't think I'm up to it...

Well, in case a) you ever get mono and b)reach the point where you're feeling well enough to be bored but not well enough to resume normal activities - I second the motion for a full rip!

The lyrics are almost completely different from the way Chilton sang it... it's sorta interesting to listen to the Yankees' version and pick out how the lines are different.

I'm suprised a couple of you want to hear a full rip of this! I think the CD re-issue was only about 8 or 9 years ago... is the whole thing really not on the internet?

You try Googling this lp. I dare ya!

But - I did find this interesting link:
http://tinyurl.com/6labbpr

I'm pretty sure I've seen that Stig thing before, and then (just like now) I could barely manage to get through the first couple of paragraphs... his "writing" is so painful to read

I dunno, I think I really want to hear Paul Caporino do a cover of "Take It Like a Man".

My comment on the lyrics was stupid. I wasn't paying attention to the title change.

The reworkings of the 'Chilton' songs are interesting, esp 'Take Me Home'... but more I'm very surprised there was a CD reissue. Figured album was consigned to silent death. But yeah, I hope to hear whole thing somewhere along the road, just part of mindless Chilton obsession.