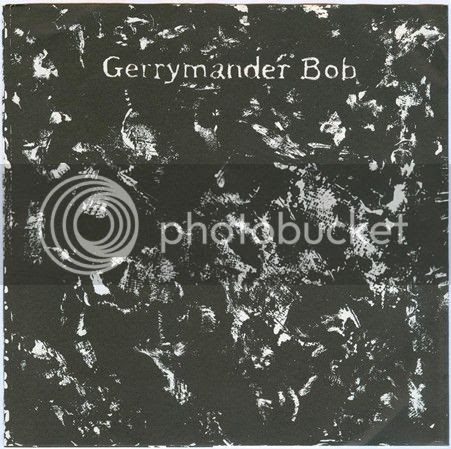 There weren't a lot of indie rock singles coming out of CT in the late '80s, and many of the ones that did come out have been forgotten-- deservedly so in most cases. The first Gerrymander Bob 7" was one of the few good ones. It's definitely one my favorite CT indie rock singles from that period, meaning the five or six years that led up to the whole Nirvana/Sub Pop "breakout" in '91 or '92 or whenever it was, back when "indie rock" was still pretty underground in this part of the country and even if you were a really lame band like Miracle Legion or Dumptruck the best you could hope for was to be listed in CMJ and get played on college radio every once in a while.

This single has also been an experiment in just how far I'll go to make a post, since every one of the four copies that I own skips like hell. When I first started making a rip of this 7" for the blog about three years ago and had it skip, I thought "no big deal", and just went to Brass City Records to get another one. They still had the same copy from 1989 that I had scrawled "Local -- Nice Single" on the front before tacking it up on the wall (back in the '80s I used to handwrite reviews in marker pen onto the shrinkwrap of some of the records, for my own amusement), which obviously encouraged no one to buy it. But that copy skipped too, as did the next two copies I found, which by now had me thinking "fuck it, I guess every goddamn one of these is messed up." I tried a bunch of different things-- new needle, extra cleaning, different tracking weights and speeds-- but nothing I did ever got any of them to play all the way through.

For now I've gotten bored with sitting on this record for so long, so here's three of the four songs, even though each track has at least one skip in it. That should be enough to help you figure out that this is a pretty decent single, though. There's a minor funk quotient involved and some oversized bits of guitar wankery here and there, but I'm still calling this the greatest single of its kind to ever come out of that particular era of Connecticut. I realize that "Really Don't Mind" is listed on the sleeve as "Don't Mind", but the label shows it as "Really Don't Mind" plus that's how the chorus actually goes, so that's what I'm sticking with. As for the other two songs, "Keep Me Down" has a nifty hook and sounds to me now like Velvet Crush mixed with (aha!) a little bit of Prisonshake, even though it sorta pre-dates either of those bands. "Dirty Feet" is kind of a weird rocked-out howler and is the one that has the violin on it. It also sounds like it was mastered wrong.

After this single the band moved to Philadelphia or New Jersey somewhere, released another 7" that was a half-step down from the first one but still pretty good, and then a CD on Shimmy-Disc of all places-- which was in more of a Those Melvins/Big Train direction-- and that was it as far as I know. 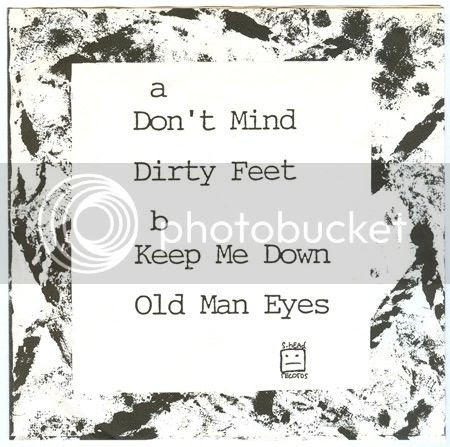 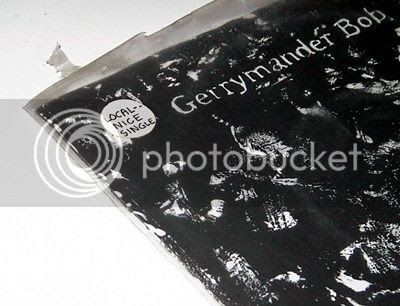 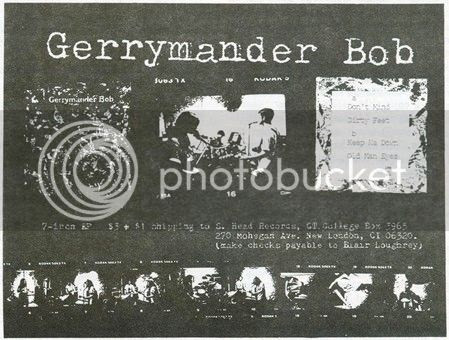 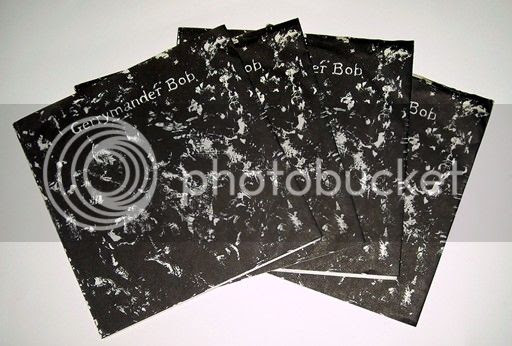 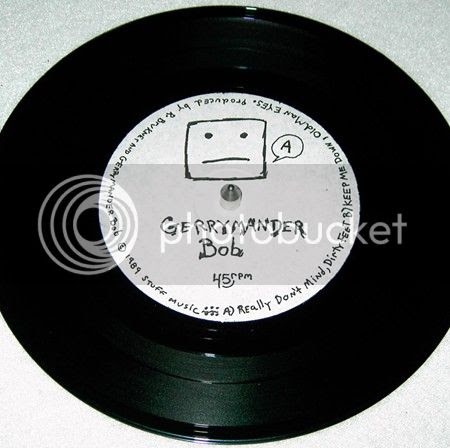 Pretty much slapped-together by Brushback at 12:50 PM