Ever Think You're Smart Then Find Out You Aren't 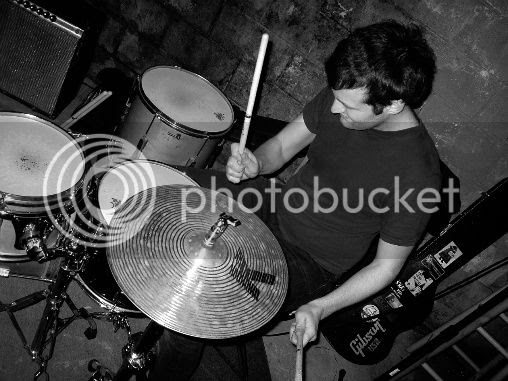 Popeye's Garage has been back up and running for about a month now, with shows scheduled out into July so far, which is pretty great. Friday's show started off with a couple of harsh noise sets, including Bella Reese (Chris Point), which were most definitely head-cloggers. Obviously my exposure to this stuff has been somewhat limited, but I certainly was digging what I heard. People were head-banging, and it actually seemed appropriate. You could've probably head-banged to Queening's set, too-- there's a part at the end of "Strays" that builds up until it gets really frenzied, with the drummer pummeling out all sorts of patterns and the guitar player's hand sliding up and down the fretboard, and it was seriously powerful. Tia has this way of playing guitar that seems to rely heavily on downstrokes, and her guitar ended up sounding almost exactly like a bass, even though I found out later that it wasn't intentional and it was maybe just a happy accident of the room's acoustics. Most two-piece bands that I've been seeing lately tend to play really distorted and over the top, but Queening tend to pick their spots a bit more carefully and in the end they were more intense than other bands that play three times as loud. The drummer, Jon, has a very basic set-up without any cymbals, just a high-hat and kick drum with a couple of toms and some kind of really deep snare which practically sounded like a tom. I think if I had to pick a comparison for Queening it would probably be something like The Warmers but more scrappy, or better yet The Yips, though even that's probably not accurate. Anyway, they released a brand-new single last weekend (I guess they'd just finished assembling them the night before the Popeye's show), plus they're on tour right now and they're definitely worth your time if you get a chance to check 'em out.

After Queening played, Stefan sat down and played a solo set of mostly Estrogen Highs songs plus a couple of covers, with Medication's "Don't Die" being one of them. Having the Estrogen Highs songs laid bare like that really brought out the riffs in the songs-- I'd never paid attention to how intricate the guitar part is to "I Remember Everything", for instance, and it transformed one of the riffs to "Kaleidoscope" into something more like a Mark Sultan riff (like "Waddlin' Around" or "Shake Real Low" perhaps). There was also one new song, "The World Is Flat", which so far has no real surprises. It's being said that the next Estrogen Highs LP is coming out on Trouble In Mind (back-up: was mentioned by Lisa and Bill in a blog interview earlier this month)... 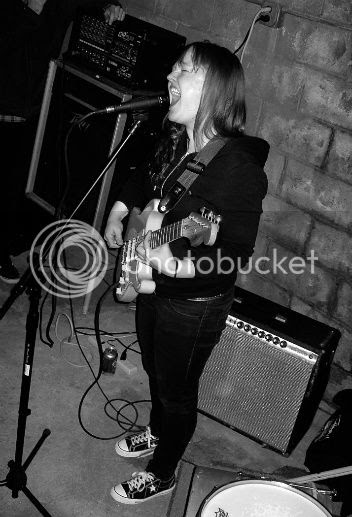 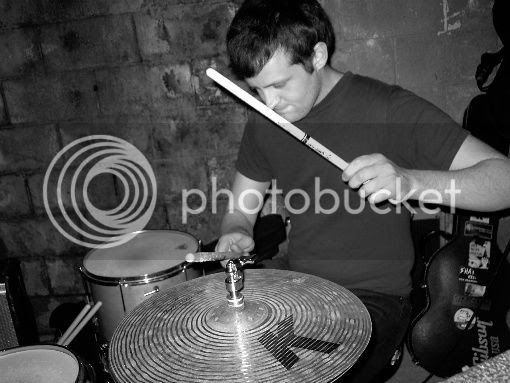 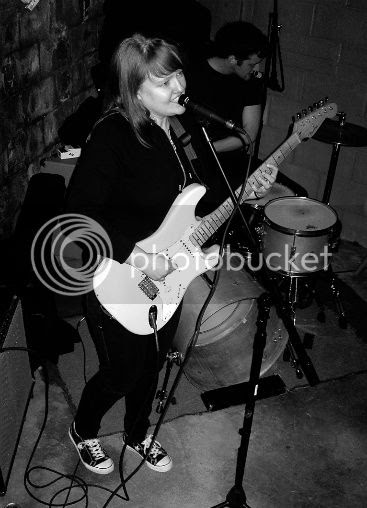 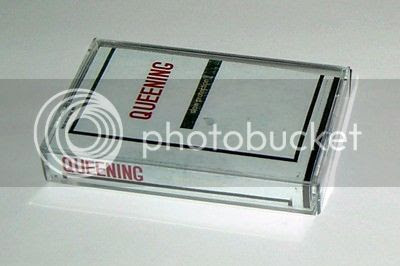 Pretty much slapped-together by Brushback at 9:16 PM