Everyone Has A Right To Be Wrong 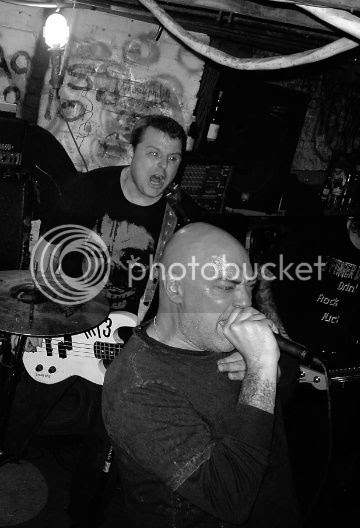 M-13 is Rich Stremme (Deacons/Brutally Familiar) and Al Pist (The Pist/East Coast Panic), plus two other guys from Brutally Familiar and the drummer from Chellovek 4/East Coast Panic... I saw these guys at Whitney House last night, and they friggin' ripped. Best set of the year so far. Okay, I know that's not saying much because it's only the second week of January, but still... Some of their stuff is thrash, some of it stomps like late-80's NYHC (note Mike's crucial Supertouch shirt), but it's all totally heavy. Though not quite a Brutally Familiar reunion, they played a bunch of Brutally Familiar songs-- setting off mass sing-alongs and waves of people flying-- plus at least one Deacons cover ("I Hate My Life") and some new songs that they should be recording soon... I guess M-13 was the tag of a graffiti artist that Rich knew, and not a machine gun or something, as you might be thinking... They're playing again next week, in New London on Saturday at the El 'n Gee, with White Bronco of all bands. Could be worth a road trip... I don't have an M-13 song to post, so for the heck of it I'll post a Brutally Familiar song (one of the ones M-13 has been playing live) which Al sent me. I was gonna rip a song off the "TV Land" EP, but this one's way better. 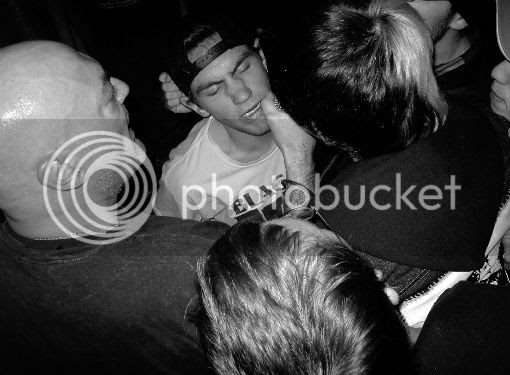 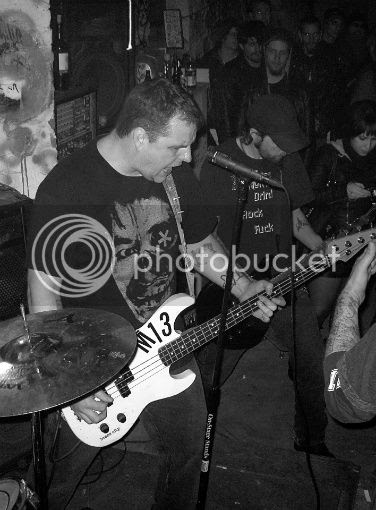 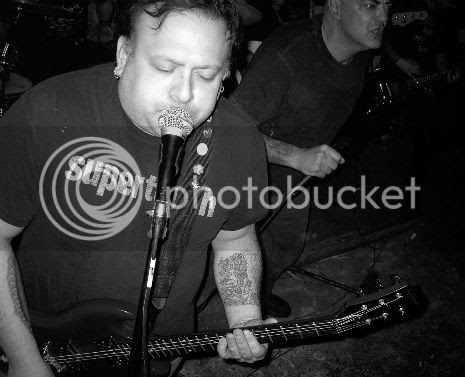 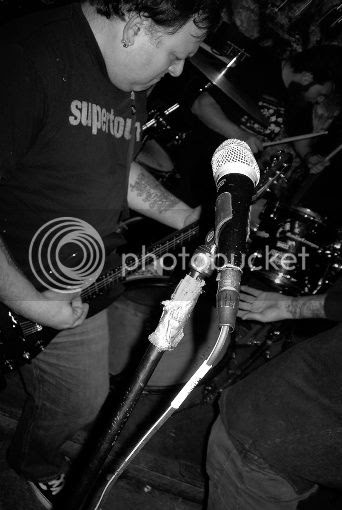 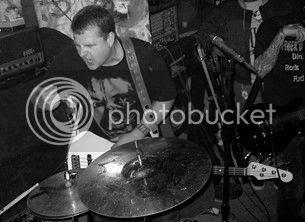 Pretty much slapped-together by Brushback at 9:23 PM

The mp3 link is now inactive