No One Comes Around When I'm A Mess 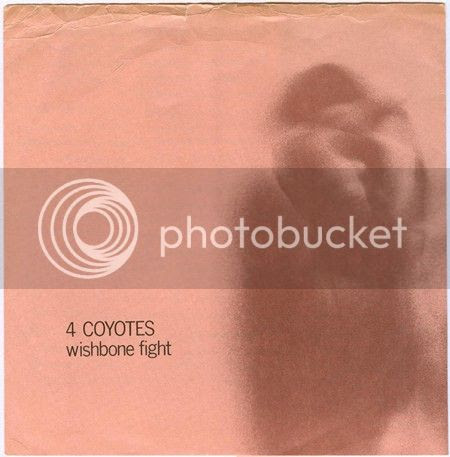 One of the earliest rock outfits to feature Tim and Todd Tobias (Gem, Guided by Voices, Circus Devils, Clouds Forming Crowns), 4 Coyotes released a couple of fine singles on Scat, both of which were quality yet neither one of which seemed to go anywhere. In fact, you can still buy this one from Scat for $3 (scatrecords.com, go do it), and I also know that Brass City Records still has copies, which is where I bought mine lo those many years ago. The a-side, "Throw Bones", starts off sounding a little like The Clean and then ends up getting totally rocked by the end of it, with a ferocious guitar part. The b-side is even more amped-up; "Worm In The Rain" sounds like The Replacements screwing around with a Yardbirds riff, and "2 Fast 2 Bury" reminds me more than a little bit of 4 Coyotes' stablemates, Prisonshake. Some pretty good stuff here, though no one seemed to know what to make of it at the time-- I remember Robert Griffin getting ticked off in a couple of Scat updates in a row because Flipside called 4 Coyotes "college rock" or something, although Flipside was never all that good at reviewing anything even slightly sideways anyway. Should've sent some review copies to Boner, that guy was always on top of things. 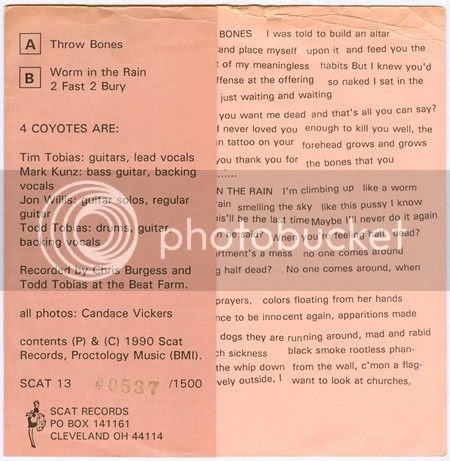 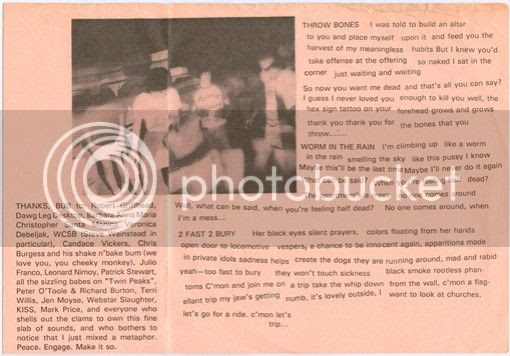 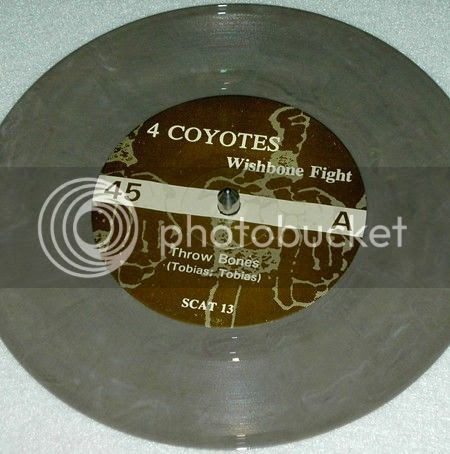 Pretty much slapped-together by Brushback at 4:58 PM

Do you still have these mp3s available? I downloaded them back when you originally posted, but lost them somewhere along the way. Would love to have them again. Thanks.

Man, I always cringe when someone comes around and leaves a comment on an old post that I wrote. "Oh, god, what did I say back then..."

Yes, I the mp3's that I ripped are still on my computer. If you want to e-mail me a note (e-mail address is in the "Profile" tab) I can e-mail them to you.