Figures I'd Be The One To Fuck Things Up 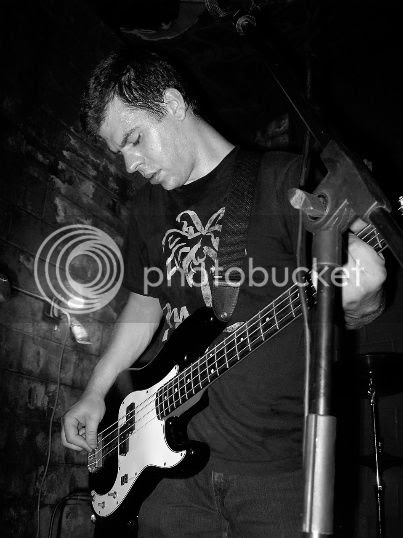 Popeye's Garage has been kicking some ass lately. Already the space itself has its own identifiable energy going on, all the shows I've been to have been killer, and there's even been some quality merch recently (I snagged a Drunks With Guns tape and a Kommie Kilpatrick tape at back-to-back shows this month, which I'm sure absolutely no one else would've bought, so suck it). It's been obvious to me for a while now that Stefan knows about more good bands than anyone else I've ever met, and now that he's got his own space to pretty much book as he pleases, he's been giving lessons to all of the other indie rock venues in Connecticut.

Monday night's show was another example: Frustations (from Detroit) and Night Beats (from Seattle) are two bands that no one in CT other than Stefan would've bothered to book, and they aren't even two bands that I knew all that much about going in (even though Frustrations are on X! and die Stasi and Night Beats have a new 7" on Trouble In Mind), so of course it turns out that this show slayed. Night Beats kinda sounded to me like TV Ghost if they had a lot more Roky or Alex in 'em, and "They Came In Through The Window" on their new EP is easily one of the coolest songs I've heard all year. It starts off like something Ty Segall or (errrrrrrrrp) Woven Bones would've come up with, and then it inexplicably fades out short during the guitar solo, which makes it even more tantalizing. The guitar player was amazing to watch live, as he wrings some totally brutal psych/wank shit out of his instrument while barely moving his hands. It's pretty awesome to watch a three-piece when all three guys are on top of what they do, and Night Beats definitely have that going on.

Frustrations didn't sink in with me as much; they were sorta sub-sludge/stoner rock, except for one song in the middle of their set that the drummer sang that sounded like Awesome Color, and then all their songs seemed way too fast after that. The bass player was a bit like Joe Birds, though, all up and down the neck, plus he used effects, which so far I kinda like. I forget what other band I saw lately (other than a two-piece) that used effects on the bass-- it might've been Procedure Club-- but I think it sounds cool, plus it lifts some of the noise responsibilities off the guitar player's shoulders. The song that I'm posting here is from a Frustrations/Fontana split tape that the band was selling; it was originally on a 7", but this is a tape dub, so it sounds a bit ragged, I'm sure the vinyl sounds much better. The tape isn't half bad-- there's one song on it that sounds just like the Urinals, though it's probably just a Devo cover.

Estrogen Highs are heading out on a tour right now, and now's the time to see them. The new songs are still being ironed out, and it's something that I'm glad I'm getting the chance to watch. I forgot to ask the name of the one they started off the set with, but I'm pretty sure I've never heard it before and it kicked, really really hard. I know I've said the new stuff sounds a lot like VU, and now on top of that there are a couple of even newer ones that go past VU straight to Creedence. I think it's fair to say that Estrogen Highs' sound is a lot different now because Ross is a ruthless force of a drummer, even if he's still learning the songs. It's that bedrock that makes the freakout part of "Logical Doctor", for instance, even more wicked. After a fairly long set, Estrogen Highs finished with an Integrity cover, though I didn't know it was an Integrity cover, I had to ask. Where's Patrick West when you need him... 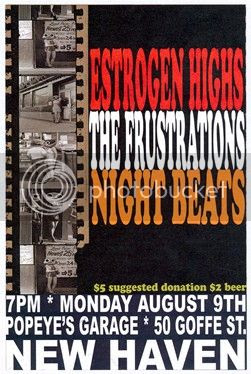 "They Came In Through The Window"

"Thinkin' of My Health" 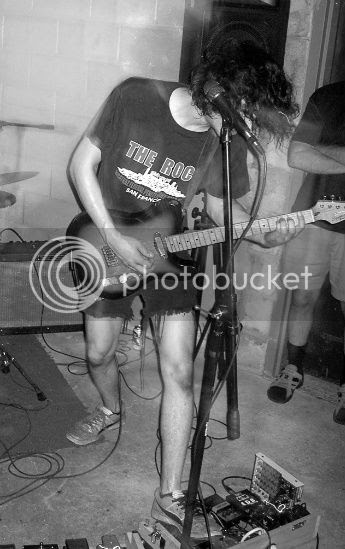 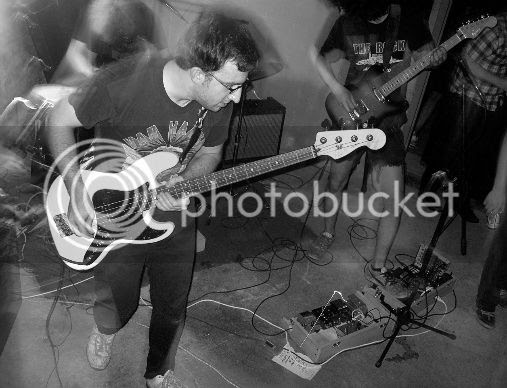 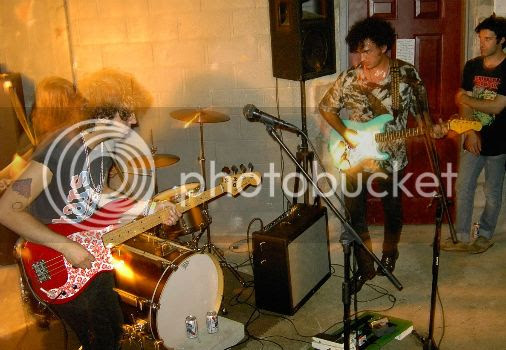 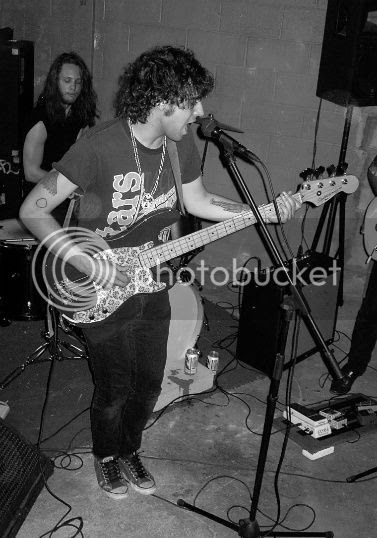 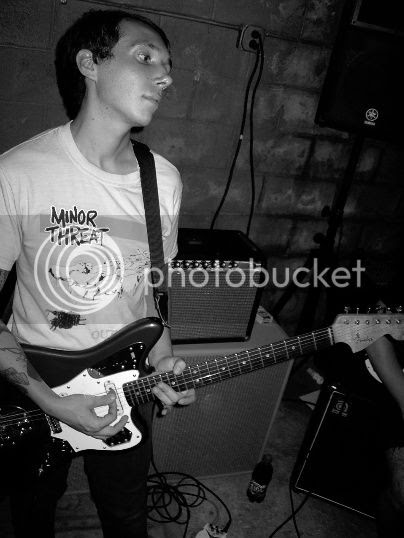 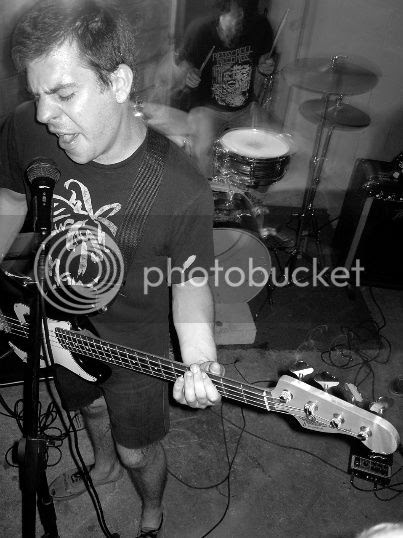 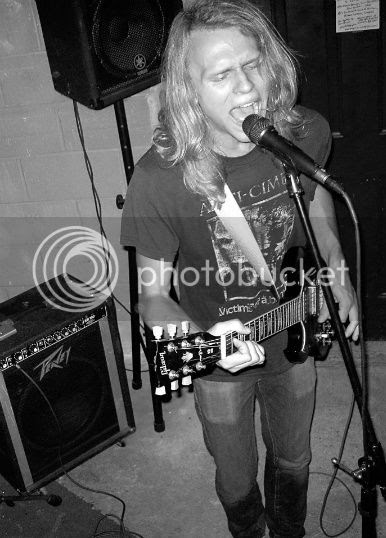 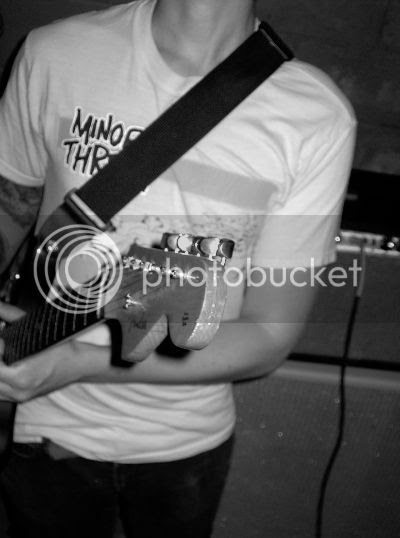 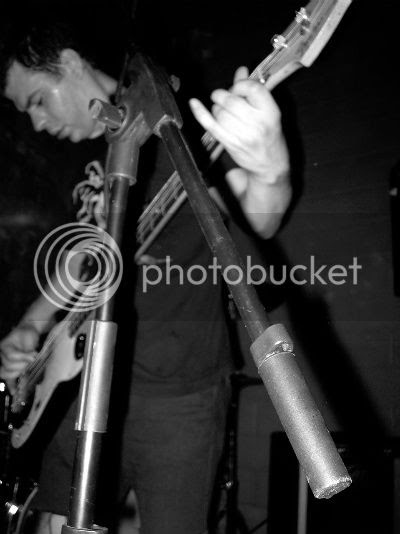 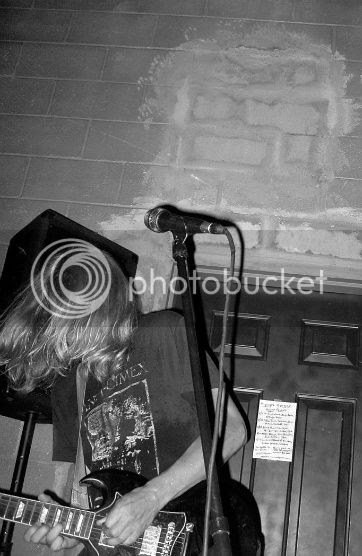 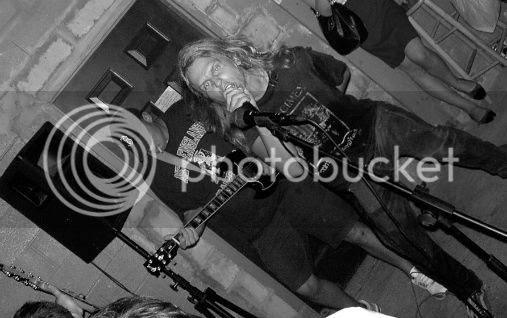 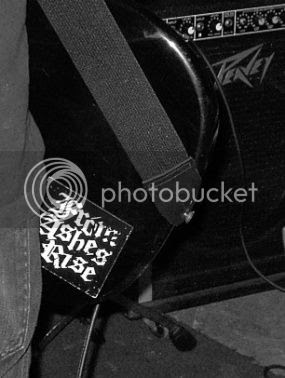 Pretty much slapped-together by Brushback at 11:02 PM

I _like_ that Frustrations song! More than the Night Beats song!
Which is also a good song!

Any word re. new Estrogen Highs?

You must've listened to the songs backwards.. heh heh


I haven't even asked when another Estrogen Highs record might come out. Demos have been recorded for a few months now, there's new songs on the myspace.

stefan booked frustrations at cafe nine a few years ago and i feel like their set then was better than it was the other night- but it still wasn't bad at all.


what drunks with guns tape did you pick up? i'm so jealous- they are the only band i'm interested in trying to compile a complete discography collection of. i already have a bunch of the 7"s, i need the self titled LP and the collections LP and more shit.

and what show did you get the tape at? i'm seriously so jealous right now!!

lastly- no pictures of me getting my mosh on to integrity???? i saw you snapping pics! send them my way if you have any.

The Drunks With Guns tape was no big deal, it's reissue of "Second Verses" that Permanent put out, which doesn't even have all the songs on it (I still have the original CD). I got it from Rich/Florida's Dying, the show that he was at.

One of the times that you slammed into me, I accidentally mashed all the buttons on my camera and turned the flash off. None of the photos that I took after that came out right. It actually took me a few days before I figured out how to reset everything...

Hey man, sorry about slamming into you. Not only was it am integrity cover (which warrants hard moshing inofitself), I knew I was going to be the only one moshing to an integrity cover, so I had to make up for the lack of heads moshing to it by moshing harder.

To Holly- new Ehighs recordings are great- they have an LP ready, just looking for someone yo put it out I believe