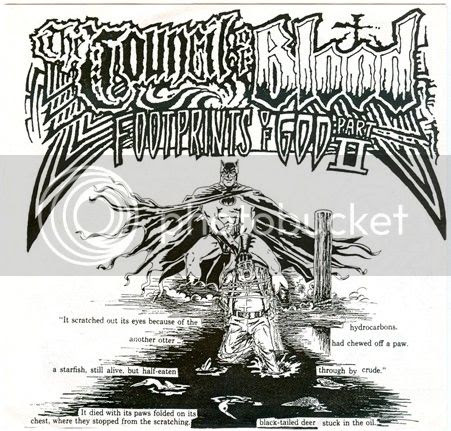 If you're looking for another important piece of Connecticut indie music history, look no further head on elsewhere. This here's the second installment of the "Footprints of God" compilation series; the first one, which I posted a year ago, has M.O.T.O. and a pretty good Isolation Farm song, while the second one tails off a bit. I think if you chopped up Purple Eternal and the Deadbeats and put them together in a mixing bowl you'd end up with the Bunnybrains... I have the Deadbeats 7" laying around here somewhere, as well as a live recording, but don't ask me what either one of them sounds like, I have no clue. I'm regretfully leaving off Biker Mutt even though Jim reads this blog because their song reminds me of a Glen Thrasher birthday party that I wasn't invited to. As for Bimbo Shrineheads, don't be fooled by the goofy band name cuz they put up some pretty ace-sounding pedal-happy swirly guitar stuff. In summary, every single person involved with putting out this record deserves to be shot. No wait, that's my Butterflies of Love review. Never mind. 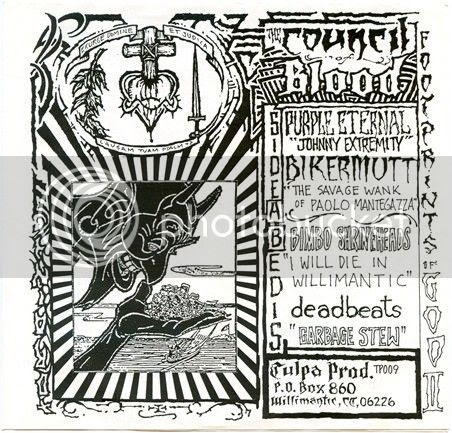 "I Will Die In Willimantic" 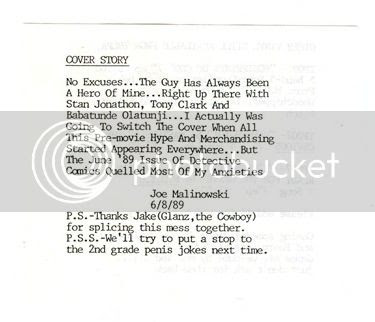 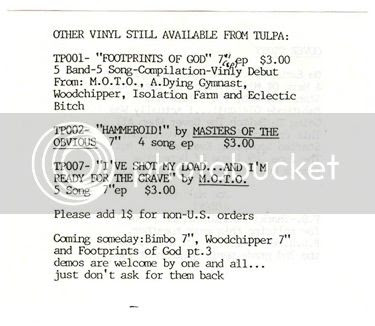 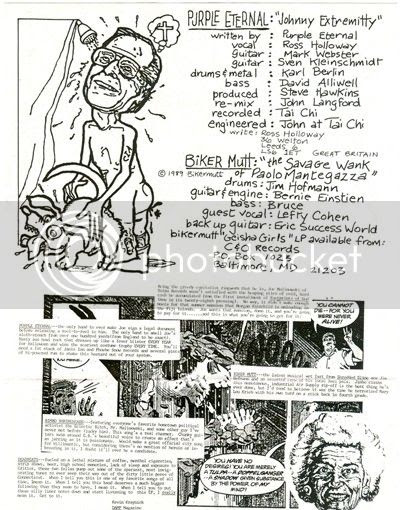 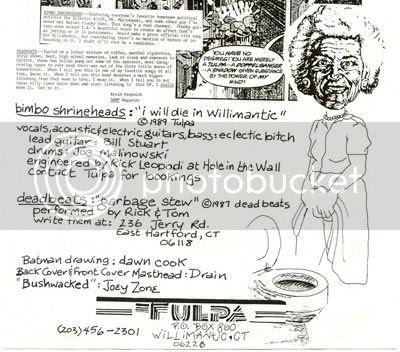 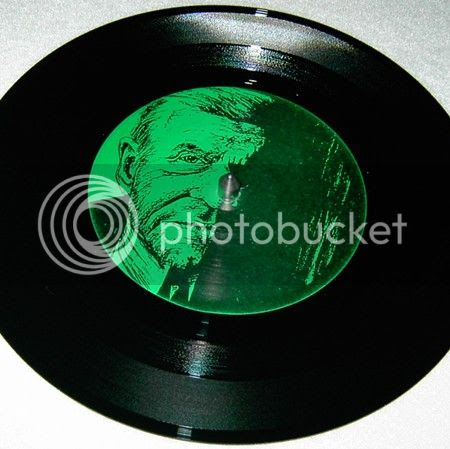 Pretty much slapped-together by Brushback at 9:52 PM

That was actually the exact sound we were going for. Did the title give it away?

It was the clanging that sounded like a broken toilet that gave it away.

Yeah, it's probably jackals, but it sounded to me like the guy was saying jackles (which is an Irish thing).

Alright, I gave in to your suggestion.

It is jackel. I co-wrote the song with Tom and agreed to let Joe put it on the record for free. Our songs were meant to be a goof. Just fuckin around while we drank beer in Tom's cellar.

Well, I guess I'm going to leave the post title the way that it already is now.

Did a guy named Kurt do the cover?