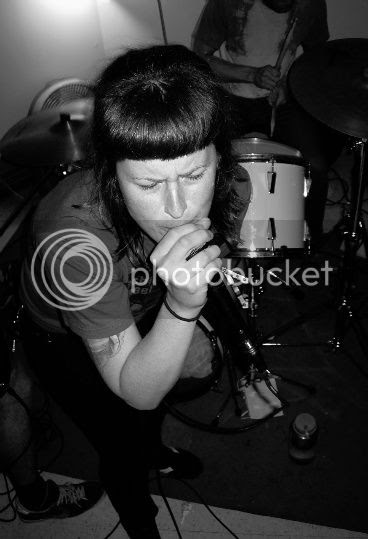 On Friday I got my hands on my copy of the "Judge's Cave" box set, which is four cassettes of mostly New Haven bands along with an old school cut-and-paste zine inside a spray-painted box. I haven't listened to any of the tapes yet (so far I've only opened the box a couple of times to check the zine out), but this thing is awesome. I mean, how could it not be; there's one side of Medication tracks, recorded with a full band for the first time ever. There's eight tracks from the aborted Sudden Walks LP, and I know I didn't write a lot when I posted the two Sudden Walks 7"-ers a year ago, but they're literally two of the best singles to come out of Connecticut in this century. There's also a live recording of Ehreizig and one side of tracks from Permanent Feels, which are two of Stefan's (Estrogen Highs) side projects. (There's a second stand-alone Ehreizig tape out now, by the way, to go along with the first one that came out at the end of '08). Only 66 of these sets were made, so if you're at all into good CT shit like I am, you should seriously try to grab one right away at myspace slash neverheardofitrecords. 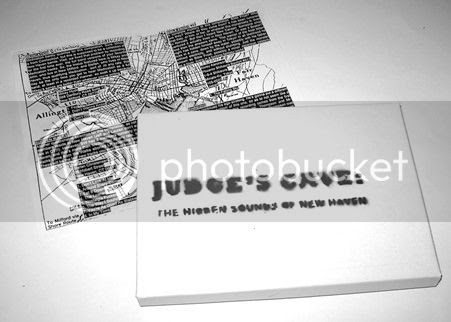 The Libyans were great, and brought along some cool merch of their own; an etched, one-sided single housed in a clear sealed cellophane envelope, and then also what I'm guessing is a tour edition/test pressing of their upcoming 12" on Sorry State. For the hell of it, I'm posting two rips from the 12" below (sounds kinda loud and fuzzy, like your ears are pressed up against the speakers-- the way I like it), plus "Paralyzed" from the one-sided single, which is from a download that the band themselves were giving away not too long ago, since I don't think I'm ever gonna open the envelope. Libyans are sorta in-between Foreign Objects and Social Circkle, to mention a couple of fellow Boston bands, but harder-sounding than either one of them, with some really poppy songs that sound a lot like the Fastbacks or the Muffs alongside some ripping thrash-type ragers. I'd actually passed up on seeing Libyans a couple of times before, including a couple of months ago when they played the Whitney House and I left before they went on. They're totally worth seeing live, though, and this was easily the most pit action I've ever seen at a Fucking Discovery Zone show (though admittedly I've never been to any of the really hardcore ones). The Libyans feinted covering The Descendents and Wire but didn't follow through in either case, though they did cover "Beverly Hills" by the Circle Jerks. All in all, it was a pretty entertaining set, even though Liz' mic kept going dead.

I missed the two opening bands, but caught The Marshes, who were playing a couple of reunion sets over the weekend after being dormant for 10 years. If you don't remember The Marshes then you also probably don't remember the mid-to-late 90's, and the whole mess of fake-indie bands and labels that first sprouted up thanks to the Nirvana/Green Day factor. Not to hold The Marshes responsible for the sins of an entire decade, but seeing them in a basement playing on a DIY punk bill (I guess the Libyans asked them along) seemed a little odd to me, like watching Dan Barry humping Byron Coley's leg, though not enough that I didn't stand there and take some pictures. What little else I know: Colin Sears (ex-Dag Nasty, Alloy) is the drummer for The Marshes, and the last three songs they played on Friday were probably their best ones, don't ask me to name them though. 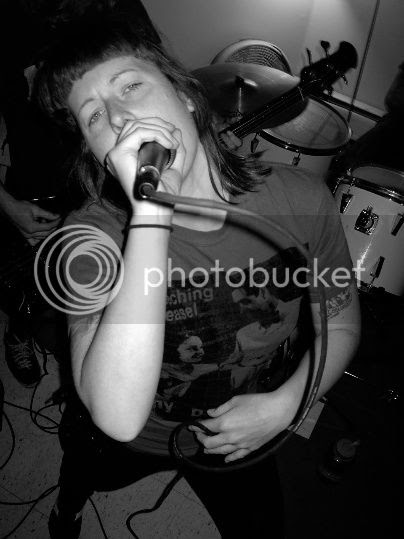 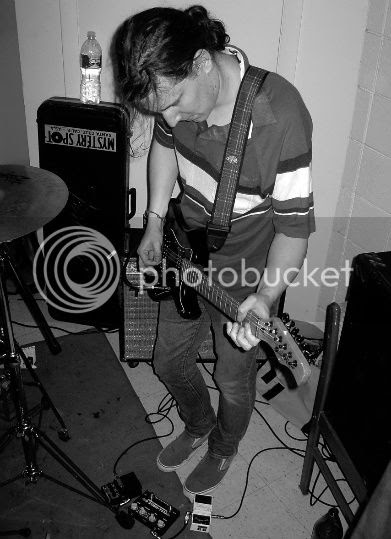 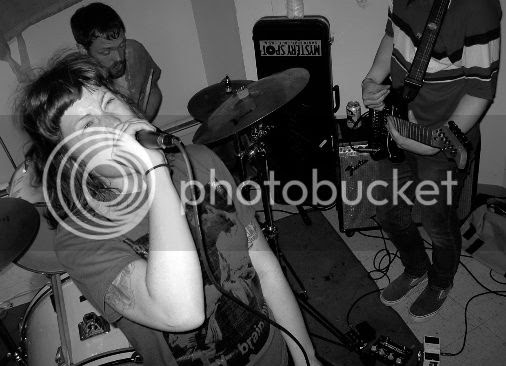 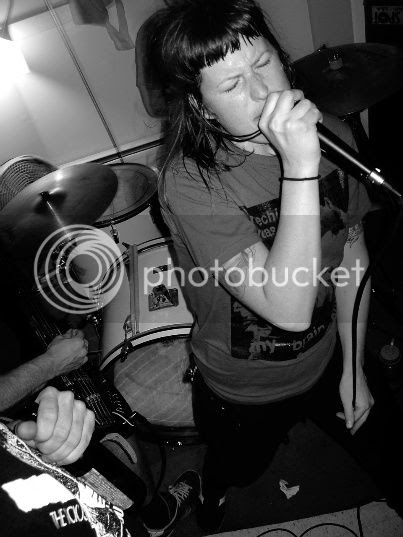 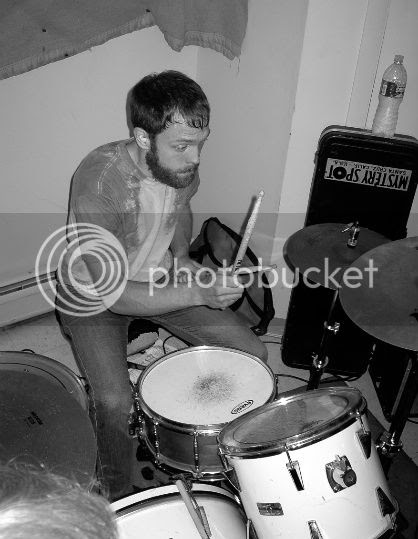 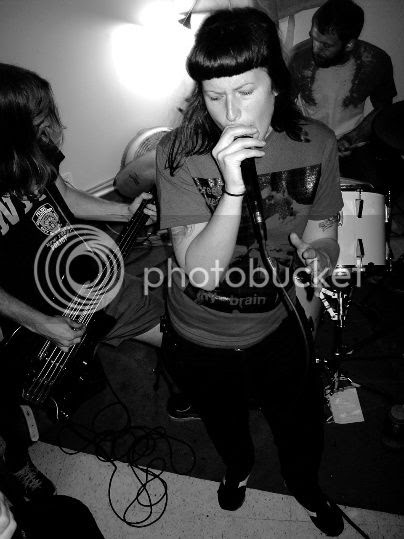 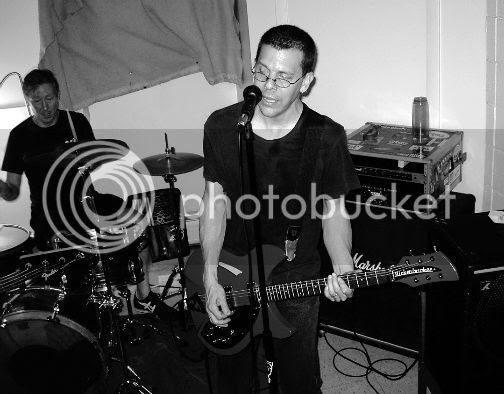 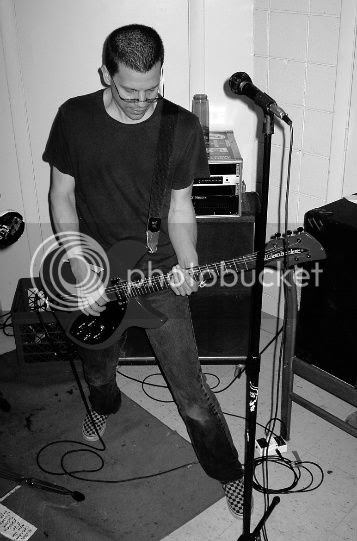 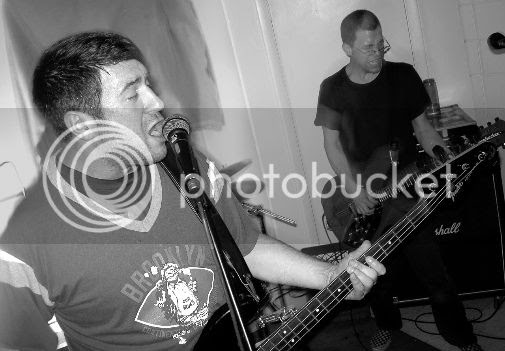 Pretty much slapped-together by Brushback at 10:42 PM

From the Sorry State blog site:

"The other release many of you are wondering about is the Libyans debut full-length, A Common Place. That’s run into a couple of snags… the master that we got from the mastering engineer was faulty, which resulted in some rejected test pressings, and now we’re essentially back to square one.

If the tour edition that I bought is one of the rejected test pressings, then honestly, I thought it sounded a bit funny when I first put it on.