Practicing To Be A Doctor 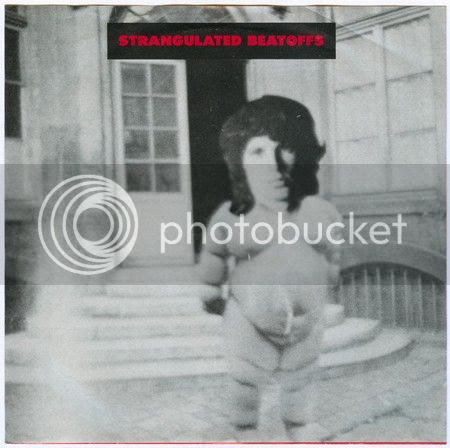 I was wandering through the archives of Last Days of Man on Earth the other day, refamiliarizing myself with all the great old St. Louis stuff that Joe's posted over the years-- stuff like White Suburban Youth, the Laffinstock demo (you definitely have to go grab "Fucked Up For Days", it's friggin' classic), and-- best of all-- the first Drunks With Guns 7". All of the early Drunks With Guns stuff is in so many ways superior to everything else; take songs like "Zombie", "Leprosy", and "Wonderful Subdivision", where just the locked-in rhythym section alone will snap your neck back after about two seconds. If you wanna talk about the immediate post-hardcore era (say '85-'89), aside from maybe M.O.T.O. there was no other band whose records were more of a blast to listen to than Drunks With Guns.

Strangulated Beatoffs (an offshoot that featured DWG guitarist Stan Seitrich), on the other hand, not so much. Sure, on "Doctor", a lot of the same elements are still there: the lumbering bassline, the repetitive song title as verse and/or chorus, throw in some hiss and some manufactured tape glitches... good enough in a pinch, I guess, though not quite as hairy-knuckled as the real thing. Still, I'm betting if you used a different name and snuck this out on Parts Unknown today, it would do pretty well. Don't ask me about this Forced Exposure shit, though, that's some lab' I've never even heard of. 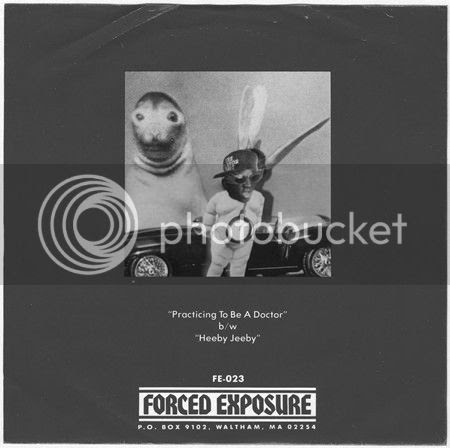 "Practicing to be a Doctor" 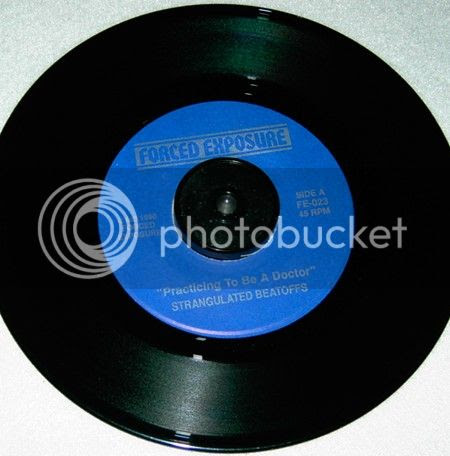 Pretty much slapped-together by Brushback at 8:15 PM

The mp3 file on this post is now a listen-only (non-downloadable) file. TOUGH LUCK, STANLEY! No, actually, for those of you who missed the boat, I will do my best to respond to any e-mailed requests for the original file.