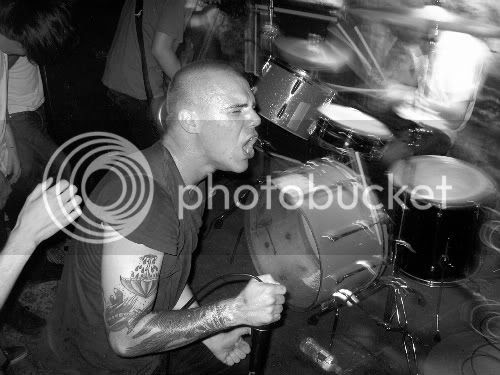 The Whitney House has been batting a thousand lately, with two ripping shows last week alone, starting with Cult Ritual, Ampere, and Open Star Clusters on Wednesday. I'm not normally down for weeknight shows, but with the three-day 4th of July weekend coming right up afterwards, plus the chance to check out Cult Ritual-- and besides, house shows normally finishing earlier anyway, so why be a baby about it-- I decided to give it a shot. Turned out to be a pretty good idea, too. (Note that I'm still limping along on a laptop until my new computer shows up, which is why parts of this blog are looking crookeder than Don Mossi's baby teeth.) 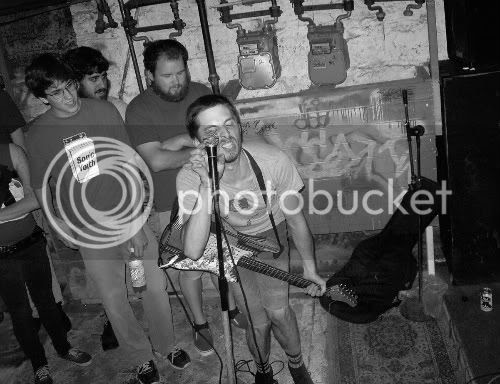 Open Star Clusters (from Ct.) were first ones up, and they were friggin' cool; theirs is poppier brand of free-form noise, not quite as industrial, with one guy manipulating a bunch of interconnected effects boxes that are all sitting on a table, and two other guys bashing away on guitar and drums (I think there's usually a fourth member, but not this time). I had a chance to see these guys once before, at a Charter Oak show earlier this year-- the one with The Book Slave and Defective Fiction, I think-- but unfortunately I bailed before Open Star Clusters played. I'm definitely hanging around the next time I get a chance to see them, though, because their shit's a riot. I like to keep an eye on the drummer whenever I'm watching a band, and that's one of the keys to watching Open Star Clusters, because whomever's drumming (they switch off sometimes) is usually the one keeping the pattern that makes the most sense, while the other two guys are basically just freaking out.

Open Star Clusters have a split 7" with Dek Boo out on Pregnant (the Weird Diner folks), but since my ability to rip vinyl is sorta crippled right now, the track I'm posting here is from some live stuff that was recorded for a Z Radio podcast, which OSC has collected onto a CD that comes inside a spray-painted silver case with a big black "Z" stenciled onto it, if you're into that super-limited hand-packaged sort of thing. 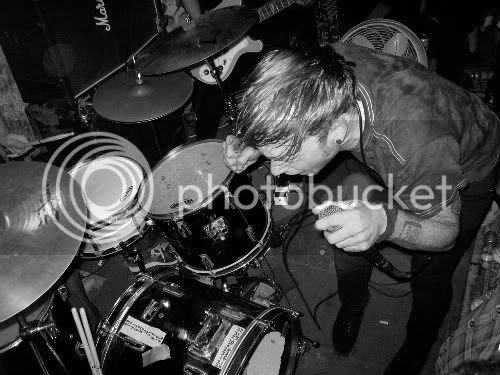 I'll admit that I still haven't gotten the hang of Ampere's recorded output-- the noisier bits are nice, but the rest is a bit too emo-core for me-- but their frenetic, pointed bursts are way more destructive in a live setting, where you can just let the chaotic riffage crease your brain cells and ignore whatever it is that the singer is doing. This is 17 songs in 15 minutes type stuff, so there's no hanging around and waiting for the next song, either, which I like a lot (curiously, Ampere's set list was just a bunch of numbers). 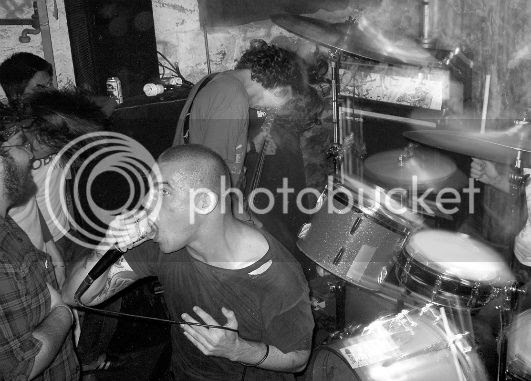 Cult Ritual were completely face-altering, like diving head-first into a lawnmower. Here's a band that sounds like early '80s American hardcore without coming off as intentionally trying to recreate early '80s American hardcore (unlike all those awful bands that try to recreate '88 straightedge)-- it's just what they sound like. Their new LP is one of those records that, after you listen to it once, it cleans your head out of all other sounds for a week. It amuses me to read people trying to describe this stuff; these are likely the same people who didn't hear "Damaged" until 20 years after it first came out, or still can't figure out if side one or side two is better (STUPID FUCKERS!). Seriously, Cult Ritual are as hard as any band I've ever seen, and they chew right down to the same spot where bands like Void, Black Flag, SS Decontrol, and Blast dug in years ago and never let go. I used to have a 1984 Negative Approach soundboard tape (the one that ends with some dude saying, "Please don't jump off the stage... the management will shut the place down. Hüsker Dü will be on in 15 minutes") which remains absolutely the most brutal thing I have ever heard, and there was a then-unreleased song on it called "Tunnel Vision" that was pure unfiltered white noise with John Brannon's unholy guttural shriek clawing to get out from underneath it all. Cult Ritual aren't exactly like that, but listening to them does make me think about those kinds of things.

By the time they played Whitney, Cult Ritual were already sold out of the tour pressing of their new LP, but they did have the repress of their 2nd EP, which I bought. I'm posting all four tracks here, since they're the same ones that the band is giving away on their own blog site. The new LP is on a completely different level, though, so definitely try to track one down (the second EP is much more Neaderthal-like, which is awesome in itself).

Have some of this shit: 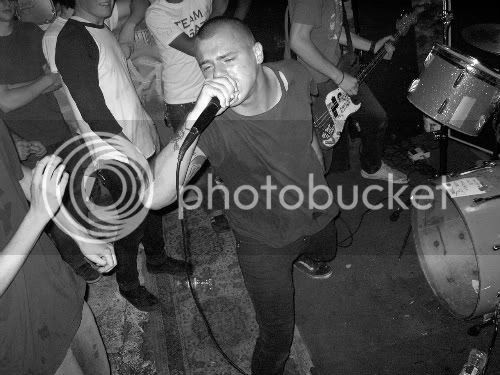 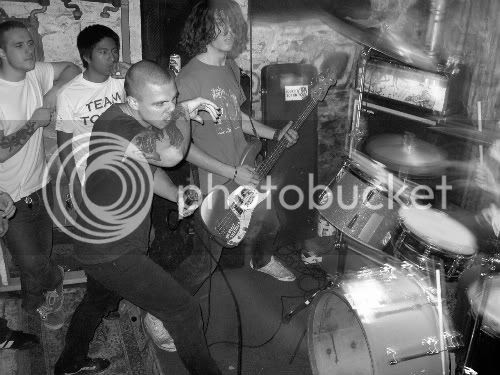 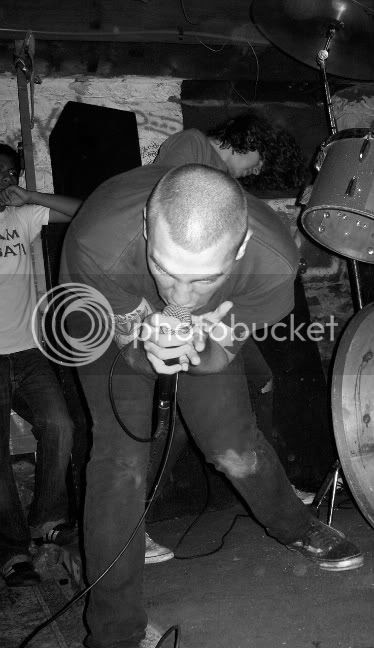 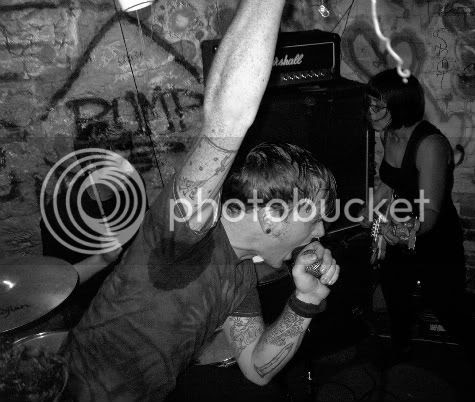 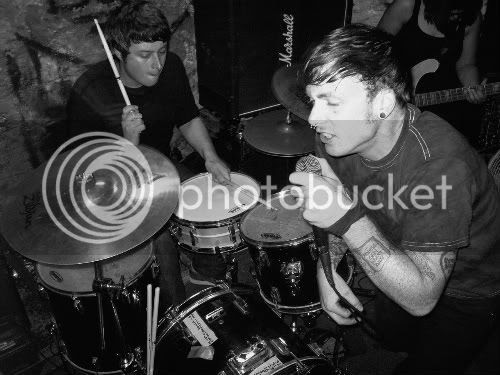 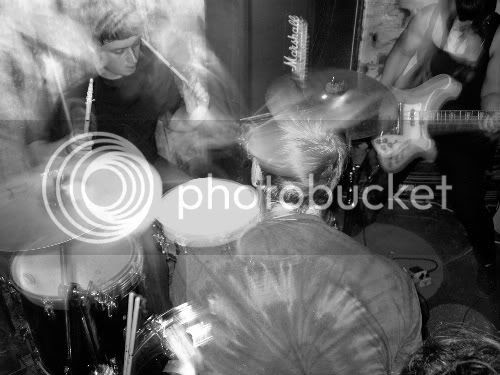 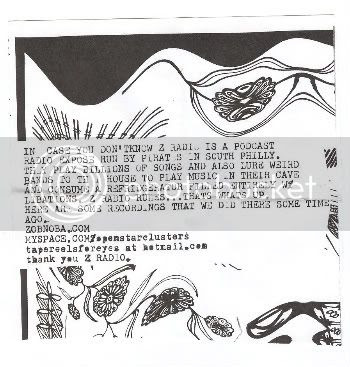 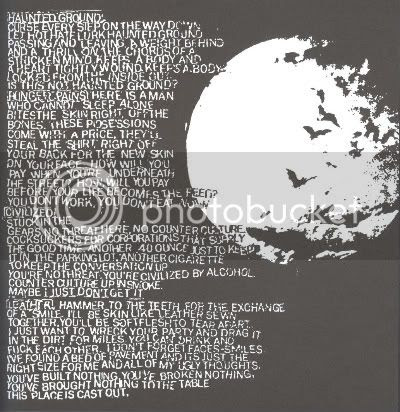 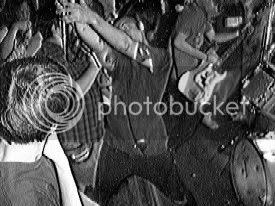 Pretty much slapped-together by Brushback at 10:06 PM

Jesus, that Cult Ritual stuff was amazing; like the soundtrack to a mass murder.

Yup; Cult Ritual are the real deal. And their LP is even more punishing.

Second that: Cult Ritual sound amazing. But even they're overshadowed by the awesomeness of the Don Mossi reference.

It was certainly interesting for me to read that post. Thanx for it. I like such topics and anything that is connected to them. I definitely want to read more on that blog soon.