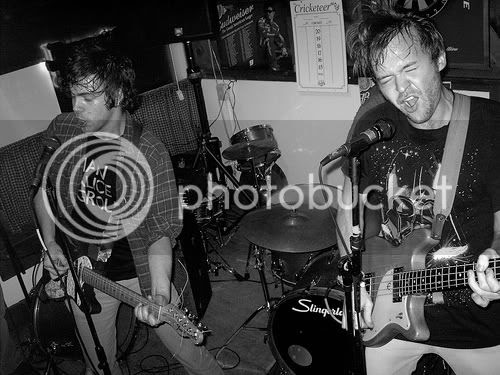 Had anyone asked me over the past few weeks which band I've been digging the most lately, I likely would've answered Rooftop Vigilantes, who're from Kansas, just like Toto Kansas. Of course, nobody asked me because nobody talks to me in the first place, but I'm just throwing that out there. "Oscar Want 7-Inch" (don't look at me, that's the name of the song) first got drilled into my head when I heard it on the Wooden Man Records MySpace page last December, and so when the "Carrot Atlas" CD came out on Wooden Man two or three weeks ago (www.woodenmanrecords.com - the link is also in the sidebar, over there ->), I quickly ordered a copy and have been listening to it pretty heavily ever since.

If you're into stuff like Douchemaster and Goner Records and so forth then Rooftop Vigilantes could be your kinda thing, too-- of course, their CD is all over the place, so from song-to-song I can also hear bits and pieces of Chinese Telephones and the almighty Closet Fairies, besides. There's even one song that, if I played it to you blindfolded, you'd swear it was The Safes (check it out here, if you don't believe me). All in all, nothing but great songs from start to finish.

So when I saw that Rooftop Vigilantes had a show in the area on Sunday the 15th, I circled it pretty heavily on my calendar, and they did not disappoint. I gotta say, they impressed me as being really low-key kind of people (maybe it's a Kansas thing), but then once they started playing they brought the rock in a hurry-- even ending their set with a cover of "Can't Hardly Wait" (the Tim version) (Fukkin' right!). Even though the shit they brought with them was broke and out of tune, and what they didn't bring they had to borrow, they still played a great friggin' set. I can definitely say that this was my favorite show since Off With Their Heads last November, or even Cheap Time a couple of weeks before that (both of which were at Whitney House, by the way). 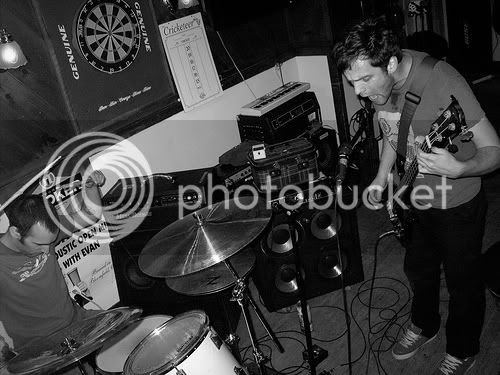 I made the mistake of not putting in my ear plugs before standing right next to Bloarzeyd during their opening set, and almost lost my hearing for it; fuckers are LOUD. Problem is, the Grady Tavern is so small that either you're a foot away from the band or your ass is out the door, so there wasn't anywhere else for me to go. Bloarzeyd are freakin' funny, too; two guys (bass and drums) playing super-tight, noisy math rock by way of Shellac and Bastro, but unlike most of the bands who play that kind of stuff, there's no heavy irony in what they're doing. You can tell that they're just two guys goofing around for the fun of it ("what song is that?", etc), which is great. Bloarzeyd had just finished assembling a new 7" of two Madonna covers (recorded and mastered in Chicago by Steve Albini and Bob Weston, as was their recent CD which is also on Wooden Man) the same day as the Grady show, and so the copy I bought is numbered 2/300. Wheee, I'm a collector! 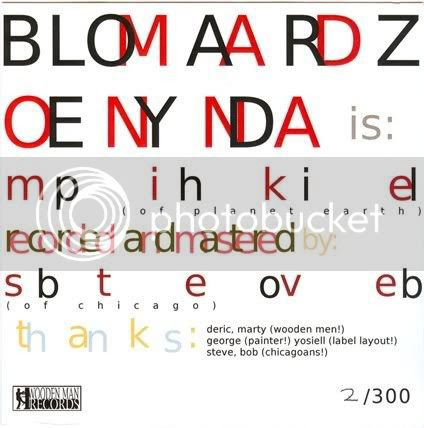 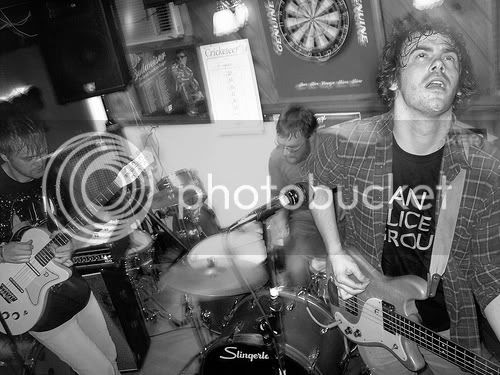 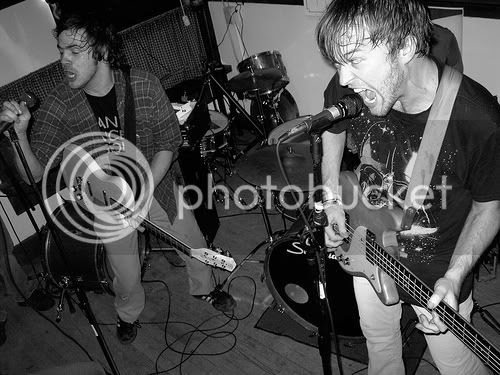 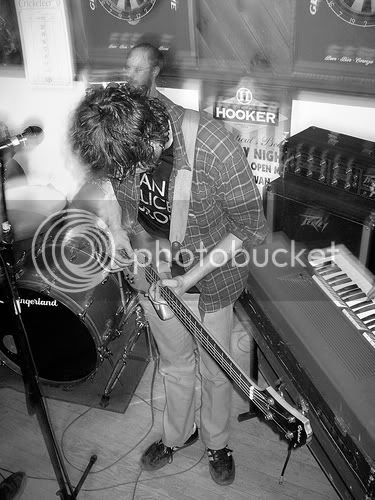 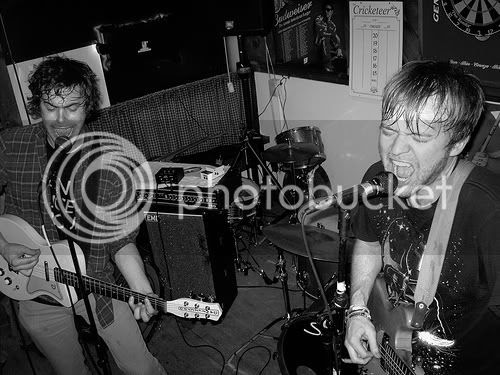 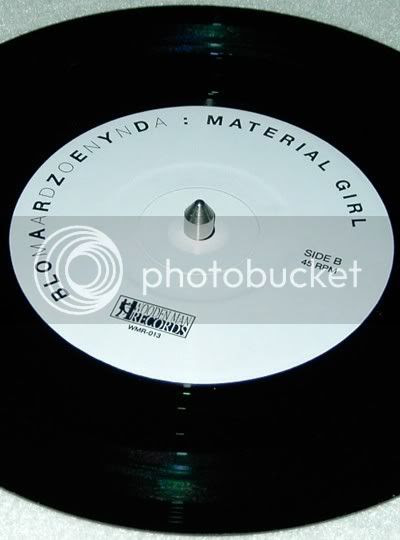 Pretty much slapped-together by Brushback at 10:23 PM

That's awesome. I just got Bloarzeyd's CD in the mail a few days ago and it rocks obviously. I actually meant to mention that 7" but it slipped my mind when I posted about the band. Definitely will be ordering that when Wooden Man gets it on the site.

I actually thought of your blog when I was writing about them and remembered they were from Connecticut.

Yeah, the Bloarzeyd EP ("New") is really good - I had it for a month before I finally listened to it, but knowing that I was going to see them made me dig it out and spin it a few times.

I was really really surprised when I saw your first Bloarzeyd post from last year (or '07, whenever it was)-- I was happy to see that someone outside of CT is diggin those guys... plus now you've posted about them again, so it's practially an avalanche of Bloarzeyd publicity...

All of the mp3 files on this post are now listen-only (non-downloadable) files.

I've also uploaded the entire Bloarzeyed "New" EP as listen-only files to my Vox account (accessible through any of the above listen-only links).

Also, and this is pretty cool, just last week Have You Heard posted a seven-song live Rooftop Vigilantes in-studio session on their web site (similar to a Daytrotter thing).