I Am Twisting The Knife That's In Your Back The F.U.'s were one of the greatest bands ever, and anyone who doesn't think so can drop right now and give me twenty. The Straw Dogs aren't too far down on the list, either-- I mean, they weren't all that different from "Young Fast Iranians"-era F.U.'s anyway, especially compared with XClaim! SSD/DYS and Modern Method SSD/DYS, which were like two different animals. But, man, you could take the top dozen or so Boston bands from the '80s and let me have all of their records - every SS Decontrol record, every F.U.'s record, every Mission of Burma, Moving Targets, DYS, Gang Green, Negative FX, Jerry's Kids, and so forth - and I'd never have to buy another record again. That town was the best, lemme tell ya.

I think the problem the Straw Dogs faced, at least in my neck of the woods, was that the record stores didn't know what bin to put them in; the punk kids weren't buying their records, and the metal kids weren't having it, either. Not caring either way, I bought "We Are Not Amused" back in '86 and played it to friggin' death. Just the opening drum beats to "Carnival In Hell", the lead-off track, let you know that this wasn't going to be some watered-down "How We Rock" type garbage. I mean, that record flat-out smokes.

The "Man In The High Tower" 45, while not quite up to par with the other Straw Dogs stuff, is still pretty righteous, and you certainly can't accuse Steve Grimes of not knowing how to write a song. Okay, I'll admit that most of "Do or Die" is kinda corny, until you get to the last half of the song where the riff slows down into Judas Priest "Heading Out To The Highway" speed, and then the thing reaches a new level of awesome. The a-side is a rocker all the way through, and does anyone else think the intro sounds like Man Sized Action? Just checking. 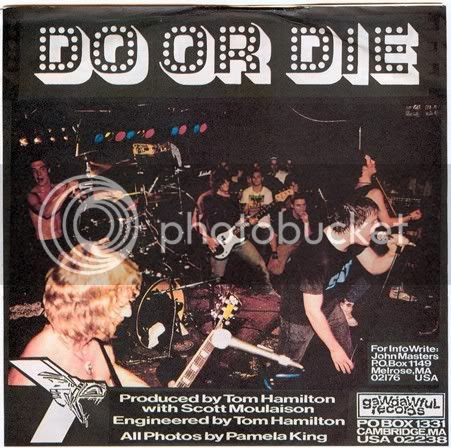 "Man In The High Tower" 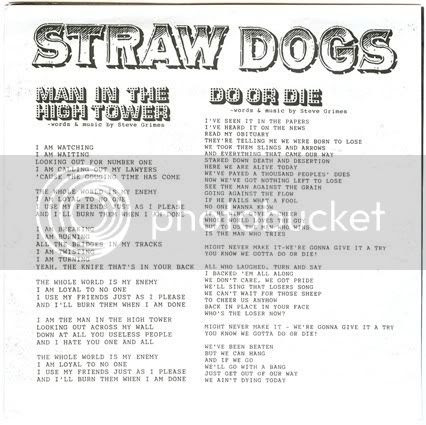 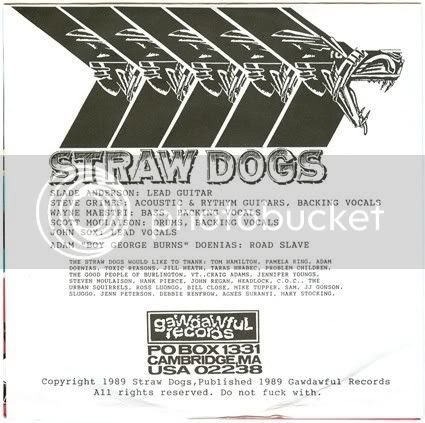 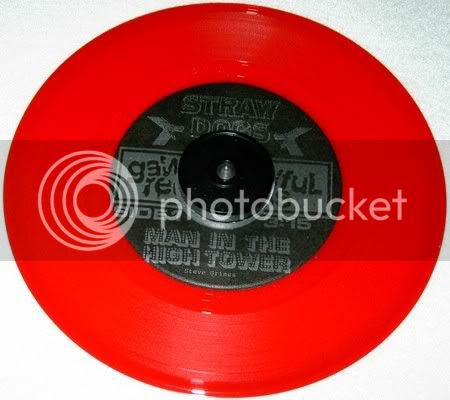 Pretty much slapped-together by Brushback at 9:21 PM

I saw both of 'em. The F.U.'s in DC with The Exploited (fucking awful) and Iron Cross (great) [flier]. Straw Dogs I saw in Beantown (at the Paradise? it was a basement club) with Exodus.

The Parasite is a big, shiny rock club with spotlights and stuff, so unless they have a second basement stage that I never knew about, it probably wasn't there. Maybe it was the Rat-- that place was sorta like a basement.

The F.U.'s sharing a bill with The Exploited - that must've been a fun night...

Just as well my humour hasn't completely deserted me, Brushback!

We played at The Rat, so I know it wasn't that. It was 1985, I think, as Exodus were touring on their first album so maybe The Paradise was at a different location 24 years ago?

Yeah, I can't claim to be an expert (this is Al Quint's territory), but I saw both Slap Shot and Gang Green at the Parasite in '86, and the main room was pretty slick.

Man, you've done a ton of shit. I never knew you played the Rat. You should write a book.

Saw these guys in Norman,Oklahoma back in 1990(?)they put on a great show to about 25 punkers,did some FU's song on the encore.My Straw Dogs tshirt lasted well into the 2000's but it eventually fell apart.Mike/OKC

Saw that same tour in 1990 in Austin. Straw Dogs played with Die Kreuzen at the Cannibal Club. Great night with about 50 people in attendance.