You're Tearing Me Up 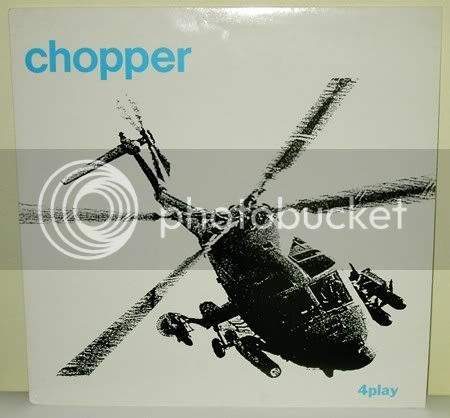 My attention span for Chopper was fairly limited back in the day, beginning with the fact that I didn't like Chopper frontman Steve Deal's previous band, Bleached Black, all that much, not to mention his reputation for acting like a dick during interviews. This EP is definitely the punkest thing that Chopper ever released, though you can already hear the band straining to become more commercial as you listen to it; something that I guess they accomplished on their later releases (don't ask me, I stopped paying attention).

As a pop-punk record goes, though, this isn't that bad, and the guitars sound really, really great. I was driving around earlier today, listening to some weak-ass indie rock that I had recently uploaded as it trickled off my mp3 player, and suddenly the opening chords to Chopper's "Bloodspill" came on (the ones that sound like they were ripped off from "Substitute" by The Who) and it was like an almighty dose of thunder. Not that "Bloodspill" is the only Chopper song that sounds like a rip-off of some other band, mind you, but if you're willing to set all of that aside for a second for the sake of some big, fat, thick-sounding guitars, there's definitely some good stuff here. 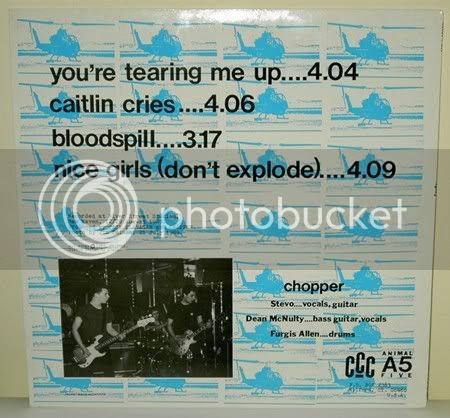 "You're Tearing Me Up" 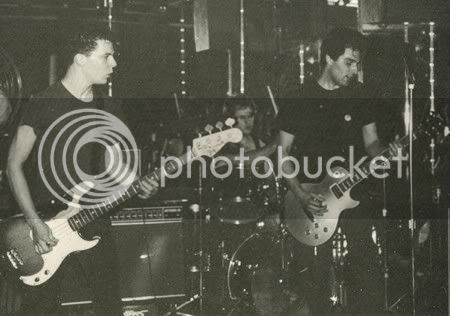 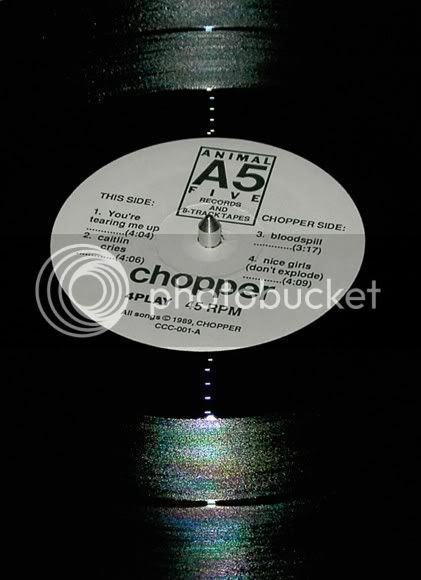 Pretty much slapped-together by Brushback at 8:48 PM

Could you post "Nice Girls Don't Explode"? I miss that cheezey 80's movie sample that starts it off.

Are you trying to make me feel bad?

The mp3 files on this post are now listen-only (non-downloadable) files. They are now being hosted on my Vox account (accessible through any of the above listen-only links), along with one other song that wasn't included in the original post-- "Nice Girls (Don't Explode)"-- which I went back and ripped after Jeffen requested it.