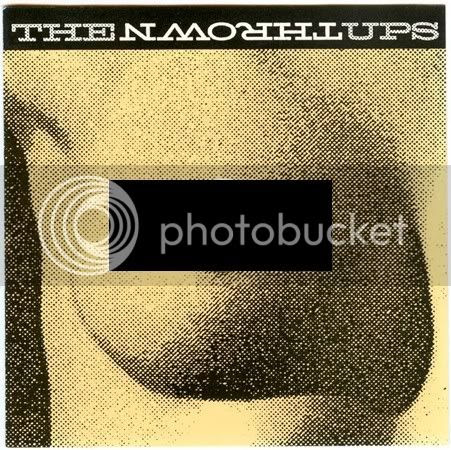 The Throw Ups were the Seattle scene's main saving grace in the 80's, operating along the same territory trod by the likes of Drunks With Guns and Happy Flowers and proving yet again how the shit that takes itself too seriously almost always sucks (U2, Yes, the last six or eight Beatles records) and the stuff that has a sense of humor about itself is almost always great (The Ramones, Ted Nugent, the first two or three Beatles records). The most obvious example of The Thrown Ups single-handedly stemming the tide of Seattle's suckiness came when they threw in the towel in 1991, after which Seattle bands promptly began scribbling "pro-choice" on their arms and shooting themselves in the face.

If you were like me in the 80's-- barely going to school sometimes while hanging around in a record store all day listening to uptight dickheads talk about their Moody Blues collections-- there's nothing funnier than playing a record that screams "Your band sucks!" and then laughing your ass off, which is exactly what one of my friends and I did. Not only were the first three Thrown Ups 7"-ers on Amphetamine Reptile totally classic ("Felch", "Eat My Dump", "Smiling Panties"), but they were the ultimate tonic against musical bullshit. I was always the one guy in the crowd who hated The Beatles the most, for instance, so hearing Ed Fotheringham bellowing "Love me... DOOOOOO!!" in "The Ladies Love Me" was always a sure-fire laff riot.

I don't own any of the Thrown Ups 7"-ers anymore (naturally, you practically couldn't give 'em away back then-- call it the Green River Factor-- but they're worth big bucks now), but "Seven Years Golden" collects them all on one CD, which is almost as good. The CD booklet has a big hole punched through the middle, so the spindle that holds the CD in place shows through to intentionally resemble, um, several body parts, but in the interests of the small children who read this blog regularly I blacked those parts out. When you open up the CD it becomes a bullet hole to the foreheads of John F. Kennedy and John Lennon, and what could be more 80's American punk rock than that? Goddamn nothing, I tell you! 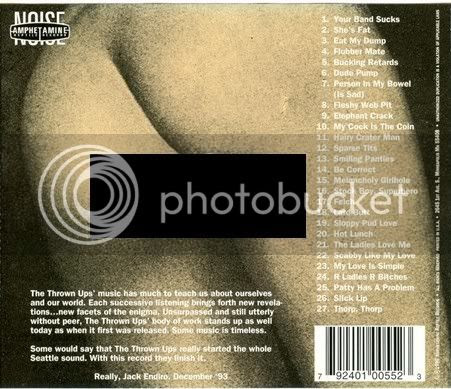 "My Cock Is The Coin"

"The Ladies Love Me" 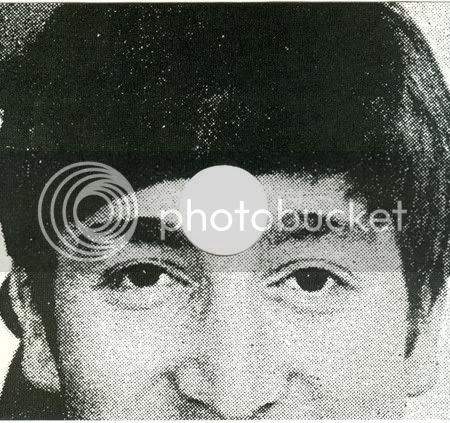 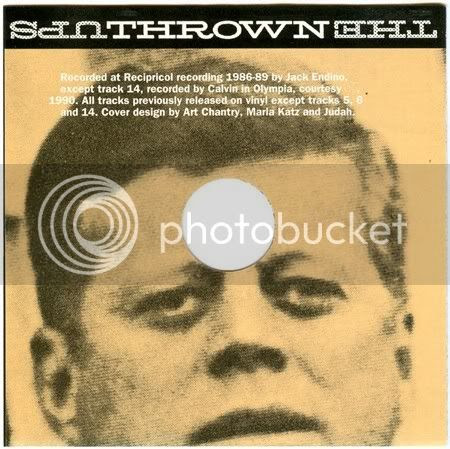 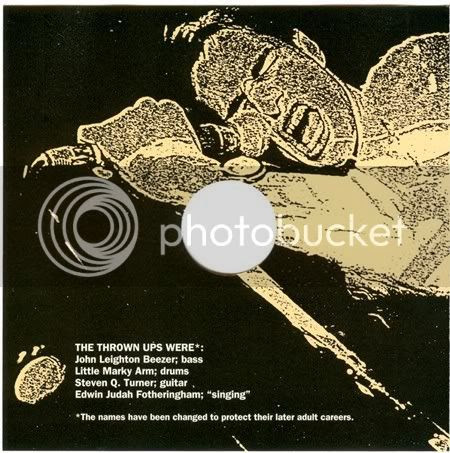 Pretty much slapped-together by Brushback at 9:35 PM