The Truth Is Not In Demand 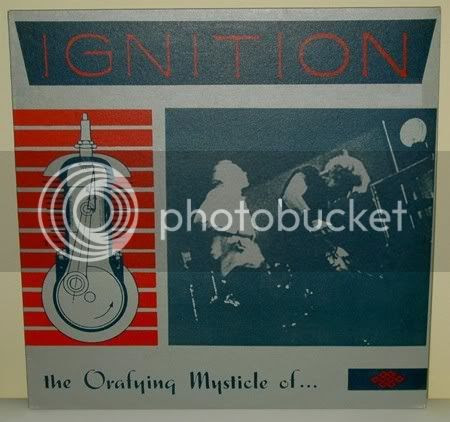 A lot of the mid/late-80's Dischord bands were better in theory than in practice, with Ignition being the best of a bad lot as far as I'm concerned. When Ignition first hit the scene I was all over 'em, seeing as Alec MacKaye was the guy behind "Subject To Change", which is pretty close to being my favorite Dischord record of all time. To show you how enamored I was with Alec's lyrics to that record, around '86 or so the drummer in one of the local straightedge bands I was chummy with mentioned during a phone conversation that they were looking to move past their usual "walk tall, walk straight" song ideas. My response was reading him the "Subject To Change" lyric sheet, song-by-song, over the phone. Served him right for having me as a friend, I guess.

While "Orafying Mysticle" isn't anywhere near the total rock fest that the first two Ignition 7-inchers are, once you let the songs sink in they've got a kick to them just the same. Alec was one step ahead of whatever was next, with both the Untouchables and Faith, and it's pretty much the same with Ignition; you could point out any number of bands that look and sound just like this record, only five years later. Being a forebear isn't always a good thing, though-- for instance, how many bands that sound like NOFX are any good?

Dischord's entire catalog is now available as 320kbps downloads as of a month ago (the Ignition stuff is here), so I'm only going to post one song from this record, and I'll probably leave it up for a shorter time than usual. You'll still have all the spiffy photos to look at, though. 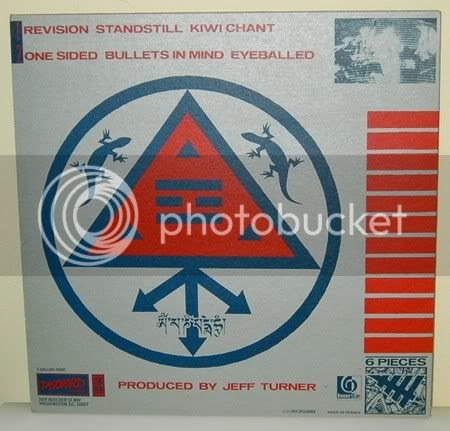 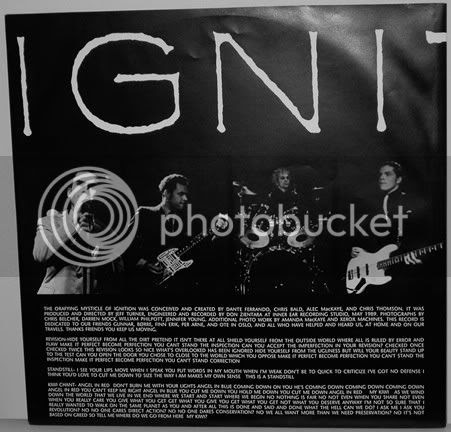 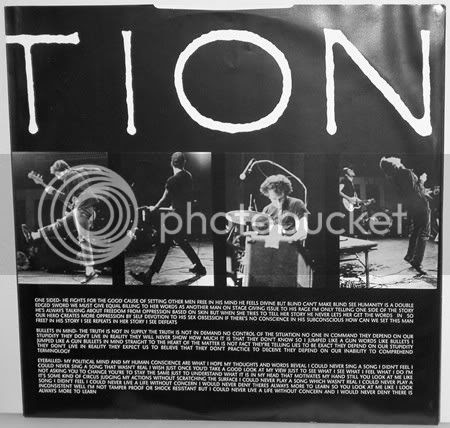 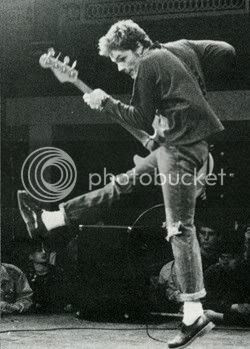 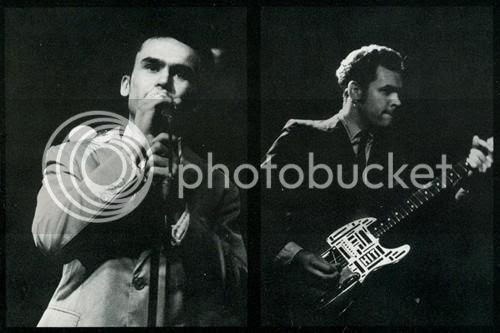 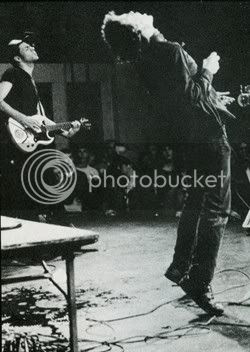 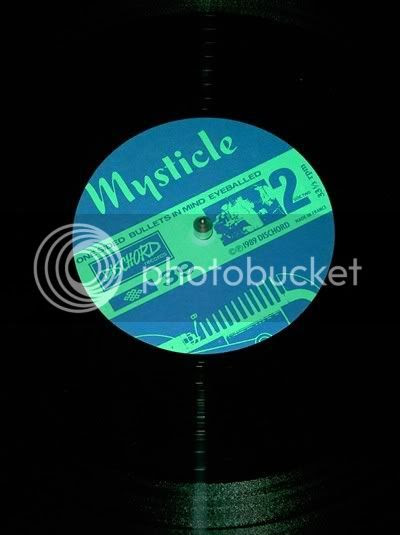 Pretty much slapped-together by Brushback at 7:52 PM

fwiw Alec's subsequent outfit The Warmers' original s/t is similarly awesome and ahead of its time.

The Warmers have never been on my list, for various reasons, but I am going to take your advice and check them out.

I was actually going to write something about the Warmers not long ago, but I blew it off. God I love Ignition.

Greg, it took me forever to write this post-- in all my rough drafts I sounded like a total fanboy.

Of course, then there was the Cherepanov thing...

Your post pretty much guarantees that the discography CD will come out of hiding tomorrow. Great stuff.

And yeah, the Cherepanov thing -- bizarre and sad. I'm still sorta shocked every time I click over to tsn.ca and see it again.

I like the design on the reverse of the sleeve. Although it's a little too geometric for my taste. I like lizards.

Take away the band photo (which became taboo in the 90's), and there's a bazillion emo records from the 90's that look just like this.

This one has come out of the stacks recently for me as well...I forgot what a Chris Bald completist I used to be, and what a wonderfully snarled mess of side bands and breakups DC was at this time. I'd agree that the Warmers might just grow on you..they're like a spare/angular Gang Of Four without the British sensibilities.

The mp3 file on this post is now a listen-only (non-downloadable) file. I've also added another song to my Vox account, "Bullets In Mind", which wasn't included in the original post (you can access my Vox account through any of the listen-only links). "Anxiety Asking" is on there, also.

"fwiw Alec's subsequent outfit The Warmers' original s/t is similarly awesome and ahead of its time."

I got me some of Dischord's 320 kbps files of The Warmers last month, and I've been listening to them bit-by-bit. I was gonna say the songs remind me of Three Mile Pilot, but then I went back and re-listened to Three Mile Pilot and that's not it.

The Warmers, "Walking Solves It"

Absolutely loved Ignition. Got to see them a couple times around Pennsylvania before I moved down south. Meeting Dante at the Black Cat while on a Comedians of Comedy tour, he was floored that this guy from a stand-up tour was awestruck to talk with a member of Ignition. Also, I think he gets more mileage out of being from Iron Cross. Fuck that, Ignition, baby! IGNITION!
A small side note, when Dante asked if I needed any Ignition releases, he gave me two copies of the Ignition flexi-disc from their last show which I've been looking for non-stop since the late 80's.
Oh, and did you ever hear Thee Speaking Canaries version of "Cancellation"?

The Canaries do "Cancellation" on the EP that Scat released from '98 or so. Funny enough, I recorded all that for a proposed Chunklet release, but Damon thought I wasn't getting to it fast enough so he had scat release it. There's also a Naked Raygun cover on that. If you don't have it, Dave, email me and I'll get it to you in mp3 format.

Oh, is that on "The Opponents"? I only have one song off of that, which was on a Scat comp (forget the title, he sings in a really squeaky, high falsetto)-- I'd love to hear the rest.