Cut Loose With The Watts, Pussy 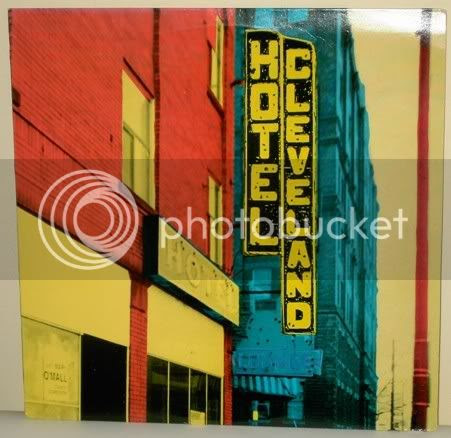 "Hotel Cleveland" along with the "Deanna" 45 made up the first batch of Prisonshake that I ever got my hands on, and those songs are seriously some of the best beef-fed Mid-American rock ever recorded. Since I was such an annoying customer, Walt at Brass City would let me place orders for the record store every so often, and the first order I ever phoned in was to Scat in '89 for every version of Prisonshake vinyl that I could get; some for the store, but mostly for me. I think Walt still has one thing left from that order--a copy of "Deanna" with the poker chips-- if you're planning to stop by there anytime soon.

Sure, the Prisonshake stuff here is awesome, but the rest is pretty damn good also. One of the best compilations ever sez me. Oh yeah, and a sharp-lookin' ad, too.

And now that you're gone
There's a smile on my face, baby
Ten feet long
No one's saying goodbye
And there sure ain't nobody saying thank you "Standing 'Round The Kitchen"

"Heroes Never Dream (of this)" 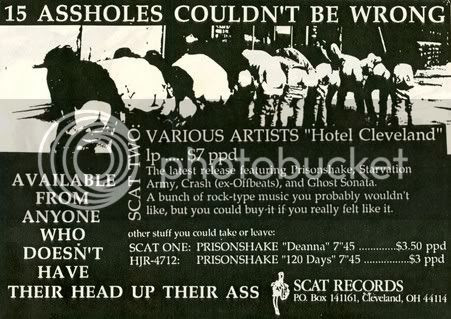 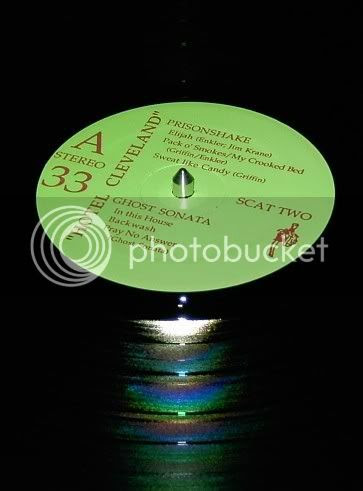 Pretty much slapped-together by Brushback at 9:57 PM

Yeah, I try to take them down every 6 months - 2 years, so that people (record labels/bands) don't get mad

Does it mean you're bringing them back up soon? At least all the Starvation Army ones, please? ;)

I don't usually re-post old stuff, but if I have your e-mail address I can send you the Starvation Army songs as attachments...

Just sent you an email, thank you!