Song On A Record You Can't Get Easily the coolest 7" to come out of Connecticut this year is the Mammoth Hunter record, released by Hot Air Press as an individually numbered and silkscreened edition of 97 that includes a folded-over matchbook style sleeve. I think you can still get a copy by contacting Hot Air Press directly (www.hotairpress.org), or by busting your tail down to Redscroll, where they might still have a couple.

I've heard that there's gonna be a "regular edition" to follow in addition to this one, and I've also heard that there's not, so who knows. Maybe Hot Air Press will release three or four consecutive editions of this record in increasingly smaller numbers, like that wackity-wack Jay Reatard shit being passed off by Matador, with the final edition being a totally useless pressing of like five or something.

"We're either a regular band at a noise show or the weird band at a metal show"-- Ben Levesque, Mammoth Hunter

Most of the time Mammoth Hunter get thrown in with the fairly healthy instrumental/noise rock scene going on in Connecticut right now-- alongside bands like Humanoid and Bloarzeyd that can play the shit out of their instruments but don't really like to sing all that much-- but they're nowhere near as detuned and dissonant as you might think. I mean, I love The Speaking Canaries as much as anyone, and Mammoth Hunter totally remind me of The Speaking Canaries, just without the shitty singing and whatever all that Eddie Van Halen stuff is.

The two songs on this record are untitled, but the a-side is posted on the Mammoth Hunter MySpace page as "new track 1", so that's what I'm going with. Whatever you want to call it, it's a beauty. 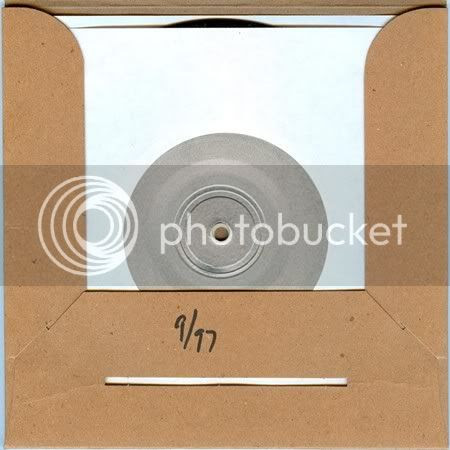 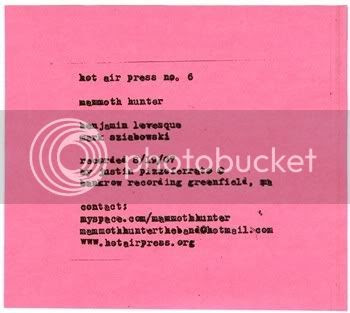 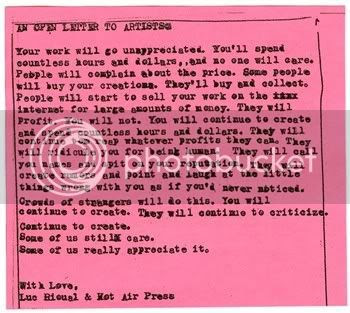 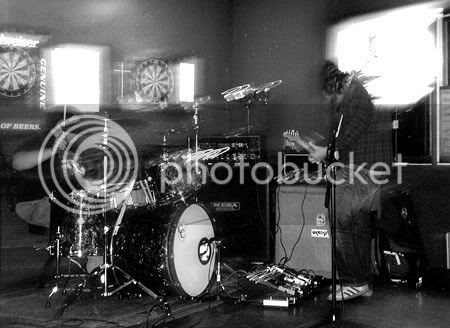 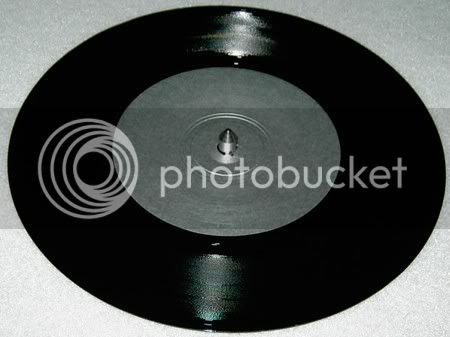 Pretty much slapped-together by Brushback at 10:57 PM

Hugely great stuff! Mammoth, even. Beautifully packaged as well. Thanks for alerting me to this one, Brushback. Love the bar shot too...

Well, I just bought a copy from Hot Air Press, but I don't know that they ship outwith the U.S.; here's hoping it gets here in one piece if they do!

Let me know if it doesn't work out-- I might be able to snag another one...

The mp3 file on this post is now a listen-only (non-downloadable) file. For those of you who missed the boat, I will do my best to respond to any e-mailed requests for the original file.

I think the limited-to-97 press is completely sold out, but there's still copies of the regular edition available (check out the Mammoth Hunter myspace).