It's My Confusion Not Yours 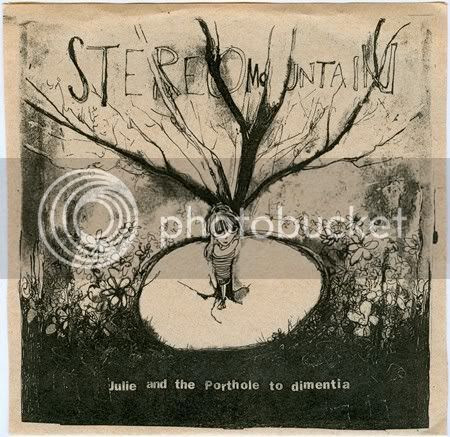 This is somewhat of a four-way split EP from Eric's Trip in that it's four different solo tracks, one from each band member-- sorta like when Kiss released those four solo albums simultaneously, only this is all on one record.

The Eric's Trip artist profile on the Sub Pop web site makes it seem like their sole claim to fame is that they were the first Canadian band to be signed by Sub Pop, which I think is just Sub Pop trying to pass themselves off as the Brooklyn Dodgers of indie rock or something. Who was the first American band signed to Ductape Records, does anyone even know? I bet it was Pansy Division.

My one and only brush with the famously-Canadian Eric's Trip was back in May, 1996, when they were late for a show they were playing at Brass City Records, and I left before they showed up. I only remember the exact month it was because I ended up printing an interview with Farmertan from that same day. Not much of a story, I know, but there it is anyway.

As for this record, "Frame" is pretty choice for bedroom pop, followed by "Muff", which takes about 15 seconds to get going but ends up sounding like Lightning Bolt by the time it's finished (swear-to-God). "Five Year Old Girlfriend" is sickeningly catchy and twee and would have little else going for it except for the huge wall of noise throughout, which is a great thing, really. 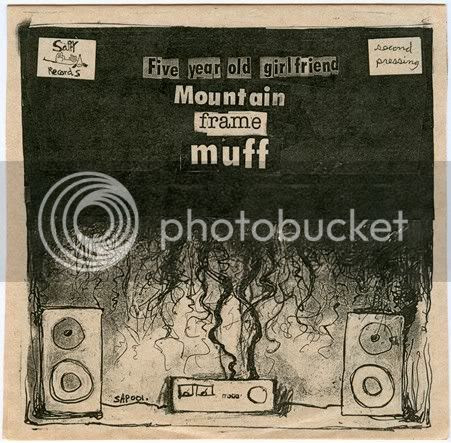 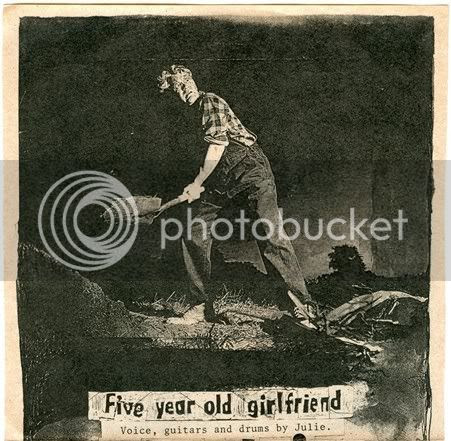 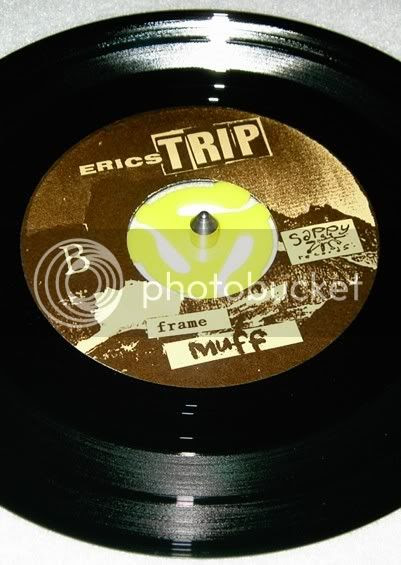 Pretty much slapped-together by Brushback at 9:39 PM

More great stuff. I haven't taken the time before now to sit down and listen to Eric's Trip - the band - but if this is indicative of other stuff, rest assured I just might!

ib, here's some more Eric's Trip songs to check out:

The second one's the "official" one.

You have a very nice blog here. I come fairly often to your site, even though I hardly ever download anything, just to read your entries and browse "stuff" (that may sound like a somewhat backhanded compliment, I guess..., but it's not). Anyway, just wanted to say "hi" and give you some respect, particularly since I actually did download these Eric's Trip songs.
Cheers.

Hey, thanks a lot! I've read your blog a couple of times--yeah, because Zen Art mentioned the Underdog post...

I actually saw Underdog a couple of times when they were still True Blue; I had a hand in making the promo poster for the Underdog EP on New Beginning, also (I told that story on Double Cross somewhere).

You're welcome.
Aww, that still makes me a bit jealous (I am putting Underdog on right now...). I saw a ton of bands during my "active" phase in the late 80s to mid 90s, but I can't imagine how cool it must have been to live in NYC (or any big American city - read tour-stop) during that time.

Oh, one more thing. I went to double-cross to try and find/read that story about your involvement with Underdog, but could not find it. Care to share it again?

It's in a comment that I left on one of their Underdog posts, I think.

Basically, I was involved with New Beginning at the very start of things, and one of my contributions was doing the layout for the Underdog poster and getting it printed at the printshop where I used to also get my zine printed.

I gotta stay, I just went over to Double Cross and they've been putting up some good stuff lately-- the Pat Longrie thing is very cool...