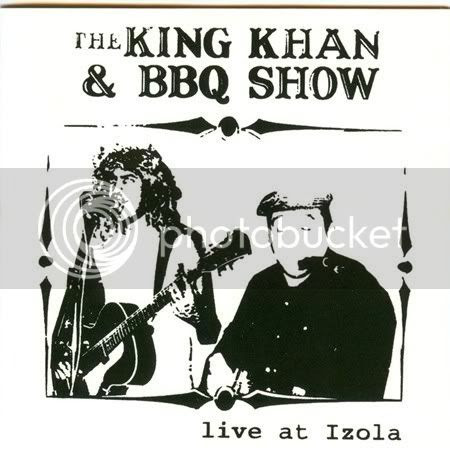 Here's a King Khan & BBQ Show live CD that I picked up along the way, and since it's a bootleg, I'm gonna post all ten tracks just for the hell of it. If you want, there's also a couple of videos on this disc that you can find on YouTube.

If you've never checked out The King Khan & BBQ Show live, be prepared for one of the craziest high-energy shows you'll ever see in your life. I saw them towards the end of last year at Cafe Nine in New Haven, one night after a show in NYC that apparently involved fire and lots of broken equipment from all the stories I was hearing (that's on YouTube, also, if you wanna hunt that one down). King Khan wears a dress and a wig and plays lead, while Mark "BBQ" Sultan sits down with a beat-up little National guitar and plays drums with his feet, and not only do they have a million great songs-- if you're at all into the Oblivians - Dirtbombs - "Flies On Sherbert" rockabilly thing then you'll die, trust me-- but their deadpan stage patter is friggin' hilarious.

Like I said, I'm including all ten tracks here (even the :23 long "Death Metal Ending"), which are all very good sound quality; but if you'd rather pick and choose I'd suggest starting with some of the covers first, like the cover of Johnny Thunders' "You Can't Put Your Arms Around a Memory", which is great, along with the Stones' "Out Of Time" and the Circle Jerks' "Operation" (yes!).

If you've never heard The King Khan & BBQ Show before and less-than-pristine live tracks aren't your thing, I'm also including a bit further down some studio tracks from the debut King Khan & BBQ Show LP/CD that first came out around 2005 on Goner and in Europe, which was then was re-issued by In The Red last year. 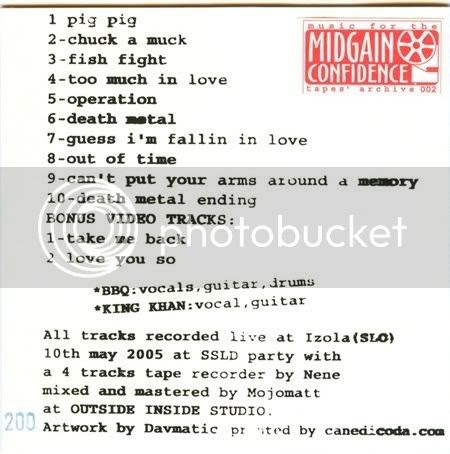 "Too Much In Love"

"You Can't Put Your Arms Around a Memory" 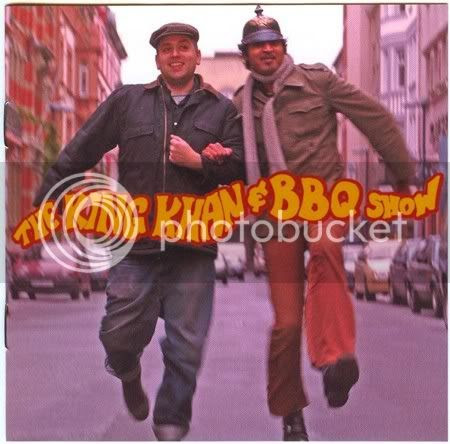 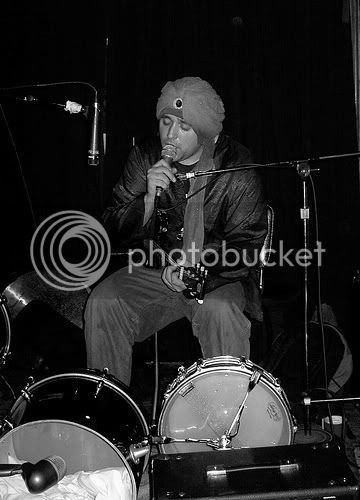 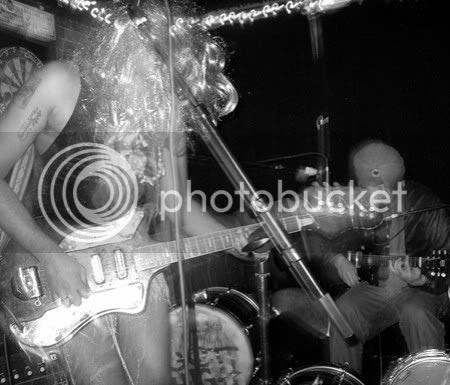 Pretty much slapped-together by Brushback at 11:11 PM

Sounds like King Khan has definitely been listening to Brian James' speed guitar here. Really good. If you hadn't tipped me off this one, I might well have missed it.

I need to sit down and go through these tracks a bit more attentively. Dig the Johnny Thunders cover as well! Unusual take on it, to say the least...

Yeah, the Thunders cover is my favorite thing on the disc...

And, by the way, the mp3 files on this post are now listen-only (non-downloadable) files. For those of you who came to the party late, I will do my best to respond to any e-mailed requests for the original Live at Izola files-- only two or three at a time, though, because it can be kind of a chore.