Thought You Were Running Out Of Time 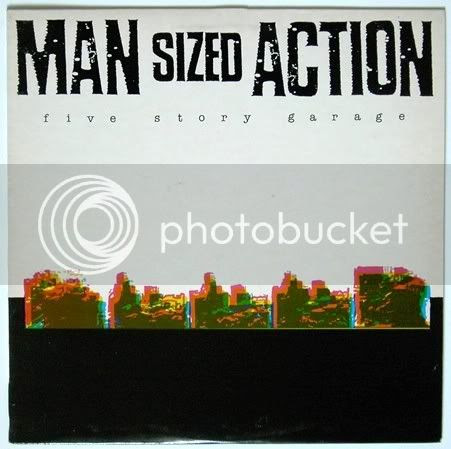 Records that helped pull me away from hardcore and onto other things is sort of a recurring theme around here, and Man Sized Action's "Five Story Garage" is definitely one of those records. The power and melody that Man Sized Action command on this record is undeniable, though similar in a lot of ways to the other Chicago/Mpls bands of that time (Hüsker Dü, Naked Raygun, Bloodsport, Strike Under, Rifle Sport, that whole lot). I think what made "Five Story Garage" stick out for me was how Man Sized Action filled their songs with great big power pop-like hooks over wiry guitar lines that sprayed in all directions, giving them a catchy, other-worldly type sound that separated them from all the other bands.

You'll see on the back cover that Brian Paulson played guitar on this record; of course, you can now find his name on the back of a whole bunch of records that I like, including Slint, Wilco, and even (gulp) the Jayhawks and Two Dollar Pistols.

I have a Naked Raygun live tape where during their set Jeff Pezzati says, "The next time we play here, we would like to have microphones that don't smell like either Hüsker Dü or Man Sized." Can you even comprehend a show with Hüsker Dü, Man Sized Action, and Naked Raygun all on the same bill?

J Stmbl of Last Days of Man on Earth posted this record a couple of years ago and I think the files are still active, so if you want all of the songs besides just the three I'm posting here, head on over to his place. 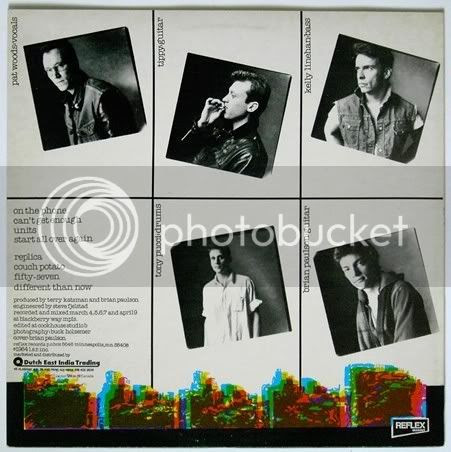 Pretty much slapped-together by Brushback at 5:15 PM

The mp3 files on this post are now listen-only (non-downloadable) files. For those of you who missed the boat, you should still be able to go over to the Last Days of Man on Earth blog and get the full EP.