Take This Shit Back 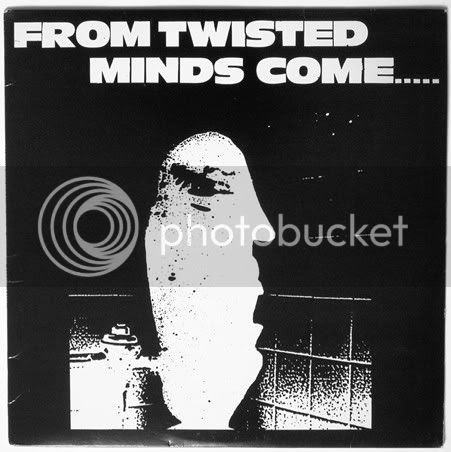 I can't say that I lament the passing of the early 90's noise rock scene all that much; ultra-derivative dudes acting all pissed off and shit, with an occasional bad metal band slipping through the cracks... though that's not to say they didn't produce a few forthright jams. Plus I still have some of those records, so what the heck.

"From Twisted Minds Comes..." starts off with a bad-ass Action Swingers track, easily the best, and shortest, blast on here (Surgery's, on the other hand, is the longest and the worst, so that figures). Pocket Fishrmen's non-trad punk rock stands out for being the least like any of the other bands on the record; I also have their "Leader Is Burning" single (Noiseville #1), though I can't say I've listened to it all that much.

To save me from having come up with any more descriptions, here are some notes that I scribbled down as I was ripping the songs: 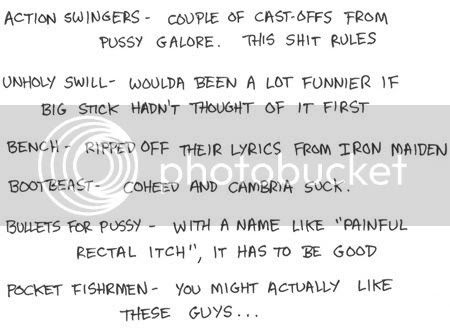 P.S. Every band on this compilation is an offshoot of Drunks With Guns in some way or another, including the Jack Wagner hidden bonus track. 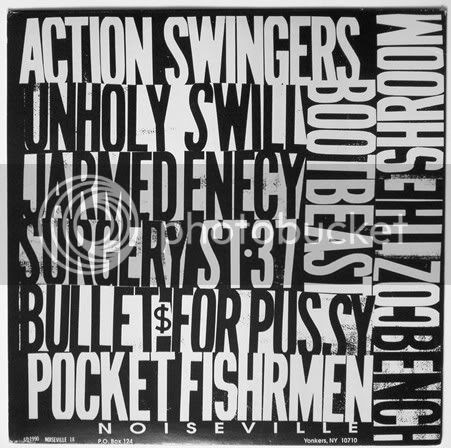 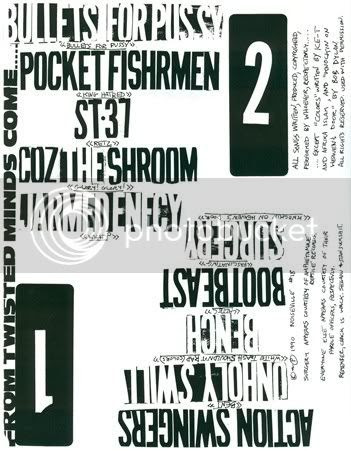 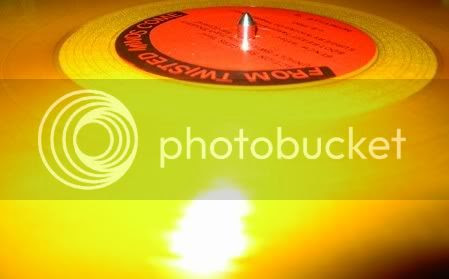 Pretty much slapped-together by Brushback at 8:10 PM

The mp3 files on this post are now listen-only (non-downloadable) files. If anyone cares, I will do my best to respond to any e-mailed requests for the original files.