I'm Not Easy To Defend 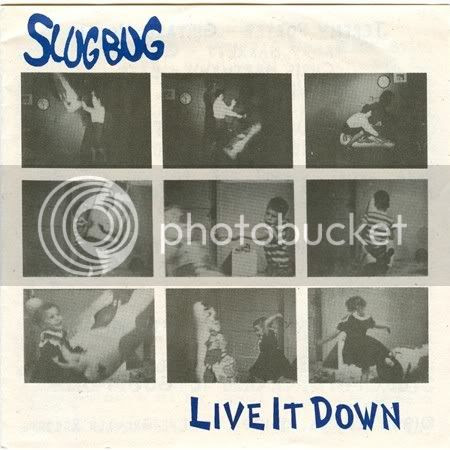 I don't know how many of you have heard of The OffRamps, but they have a new CD that just came out earlier this month called "Split The Difference". The OffRamps sound like a dead ringer for "Don't Tell A Soul"-era Replacements, only a lot less dour, so if that seems like it could be your thing then scoot on over to www.theofframps.com and go for it.

Slug Bug was The OffRamps' Jeremy Porter's band back in the 90's; that was when I picked up the second Slug Bug single in some 50-cent bin somewhere and liked it, so I put a few bucks in an envelope and mailed away for their first EP, "Live It Down". Judging by the note that I got back with the record, I must've foisted my standard "AC/DC or Cheap Trick?" query (a running gag from the last couple of issues of Brushback) upon Slug Bug's Chicago-based label, Red Eye Growler, when I sent out my order, and it looks like they answered somewhat correctly.

I'm sure Slug Bug caught my ear because they sounded like they probably listened to the same records that I did growing up (Replacements, Hüsker Dü, whatever). You can hear a little of the Ringing Ear bands (Doc Hopper, Sinkhole, Huffy) in them, with some Doughboys, Punchbuggy, and maybe some early Uncle Tupelo too.

I'm including one of the "Cheap Trick vs. AC/DC" bits from a ten-year-old issue of Brushback down at the bottom, though I'm sure it was a lot funnier back when people still had some idea of what Fizz was. 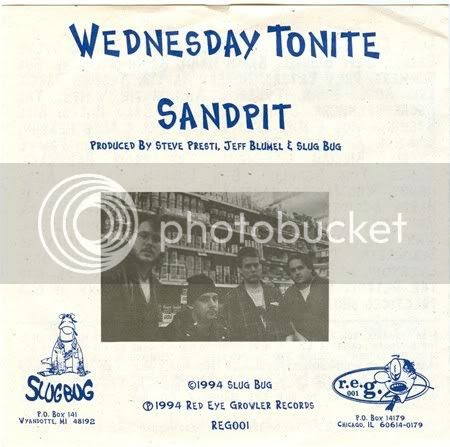 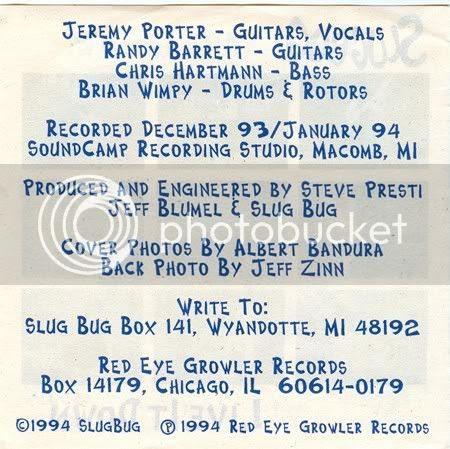 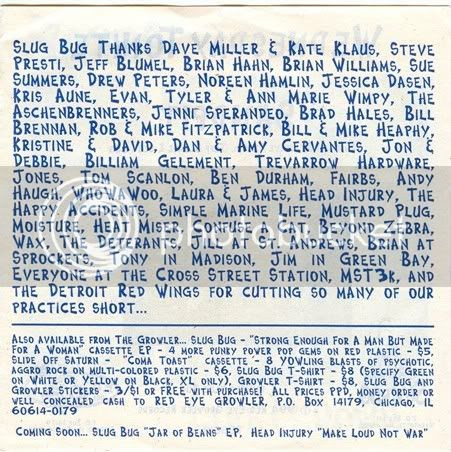 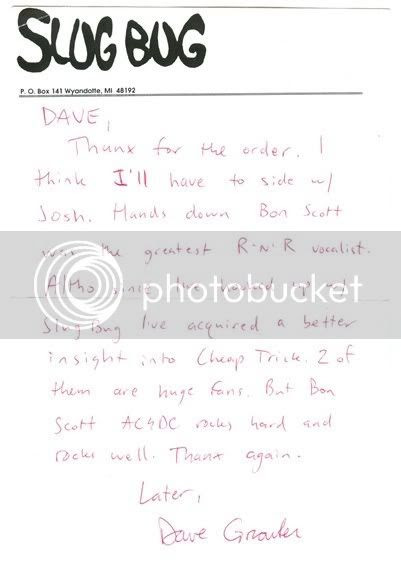 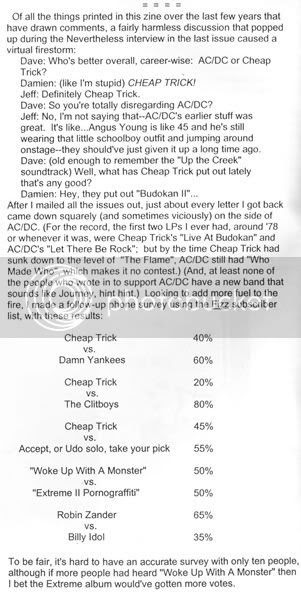 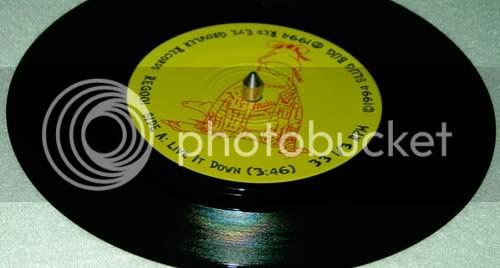 Pretty much slapped-together by Brushback at 10:26 PM

Here's a song that I downloaded from the new OffRamps CD, so you can check it out:

The OffRamps, "Everything on a Longshot"

Here's where you can go to buy the CD:

Hey, thanks for the kind words about the Offramps - I'm Jay, the bass player.

Likewise, that SlugBug 7" is great.

On a more somber note, Dave from Red Eye Growler passed away back in 2001 I think...R.I.P.

There's a video for Live It Down on youtube that Jeremy put together awhile gao - you can see Dave at the end...

Thanks for the note, Jay-- I've watched that YouTube video once before, and I see that someone mentioned Dave in a comment for it..

I'll make a direct link to the video, so that it'll be easier for people to check it out:

The Slug Bug mp3 files on this post are now listen-only (non-downloadable) files. For those of you who missed the boat, I will do my best to respond to any e-mailed requests for the original files.