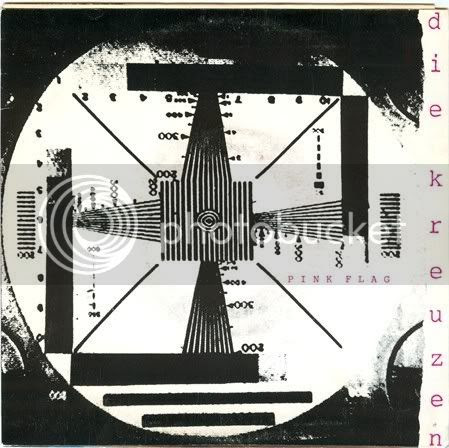 Attention all puny photocopy punk bands: go fuck yourselves. Give up. Go back to your junior high typing class. Sit in your well-appointed suburban bedrooms decorated with all those rad spikey-haired photo idols. Listen to your itsy-bitsy hardcore records. Nobody cares. I don't. Die Kreuzen don't. I'll listen to this instead. All their greatest stuff, all sledgehammer big, all original. This is so fucking great (in Tim Yohannon's words) that all that horseshit that passes for punk nowadays doesn't even upset me anymore. This exists too, and that's enough. - Steve Albini, 1984

By the time crap like Century Days rolled around, most people (including myself) who were rabid fans of Die Kreuzen's earlier stuff had pretty much given up on them. I'll admit that I dug "Gone Away" for about a week, as well as their version of Aerosmith's "Seasons of Whither" (mostly because I've heard it's a real bitch of a song to cover), but that's about it. Of course, the idiots at mainstream mags like Kerrang! and such were all over the Die Kreuzen bandwagon by then, listening to "Lean Into It" and emerging from their King Crimson flashbacks just long enough to think that they were plugging a real punk band, but they weren't even close. In the end almost every Sub Pop band and every grunge record sold in the early 90's would sound exactly like Die Kreuzen, so who was wrong: them, or us?

"Pink Flag"/"Land of Treason", released in '90, was somewhat of a last gasp-- reaching back to cover two proto-punk bands, Wire and The Germs, to which Die Kreuzen held little resemblance to anymore. I'll admit that I think the speedy, Skid Row-ish cover of "Land of Treason" is fairly decent (though I've never heard the original-- not my thing); as for "Sheer Terror" "Pink Flag", well, I'll leave that one up to you. 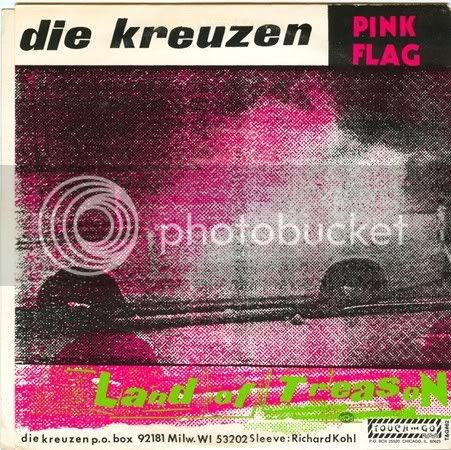 Pretty much slapped-together by Brushback at 10:14 PM

Thanks for this! To speak the truth - after playing the first 30 seconds of the 2nd album, I never touched anything else from DIE KREUZEN ever agan (except for the early stuff, of course). "Pink Flag" is surprisingly well covered, methinks, and the Germs song sounds kinda like the original, except for the vocals (which again sound like a rather tragic mixture of screaming and arena rock compassion). By the way, you really should check out the Germs LP (GI). That is one hell of a record, even after so many years, it cuts through me with songs like "Land of Treason", "Manimal", "Communist Eyes" and all the others.

I could never get into the Germs, though I did try back in the early-to-mid 80's when records like (GI) and the "Tooth and Nail" comp could still be found in the used bins for $3.

I agree with Erich man. You gotta sit down and listen to GI over and over again until it hits you. That album is a flat-out masterpiece.

Good old Die Cruisin'. I still love the "Land of Treason" cover, still want to love "Pink Flag" but can't. This is another of those bands that I discovered at the tail end of their career, so got into by listening to the bad stuff first...

Still not too late to get into the Germs, Greg!