They Come In Real Low 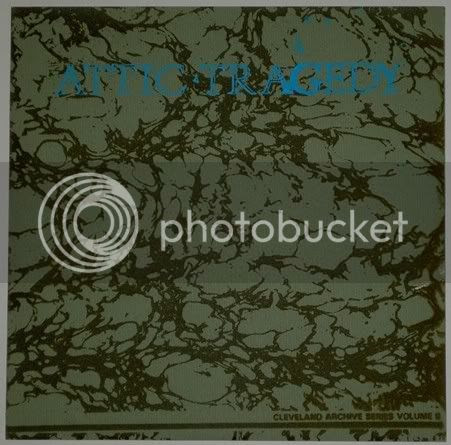 Recorded to glorious two-track in 1989, the Attic Tragedy 10" was released a couple of years later as part of Scat's Cleveland Archive Series, with the initial pitch from Scat being that it was "trad rock with inventive songwriting" or (alternately) what "Sticky Fingers" woulda sounded like if the Stones were the Minutemen-- though not in those words exactly. Not too far removed from some of their Scat labelmates, I'd place Attic Tragedy as being somewhere to the left of Prisonshake and Cobra Verde, while still to the right of Death of Samantha (who weren't on Scat-- I'm just throwing them in there).

I'm the kind of person who tends to like demo recordings better than finished albums, so the deep, echo-y tone of the recording on this sounds great to me. Plus there's the usually top-notch Scat packaging, including hand-silkscreened covers and a huge, mostly incomprehensible essay from Tim Tobias (read it for a good time, if you must).

Of the three tracks I'm posting here, "Mirror's Broke" and "Hole In The Sky" flash the rock the most, but the pick of the litter is "Quarter Mile Out", which is definitely one of the most "Della Street"-sounding songs that's not on "Della Street" ever, as far as songs about tornadoes or air strikes go. 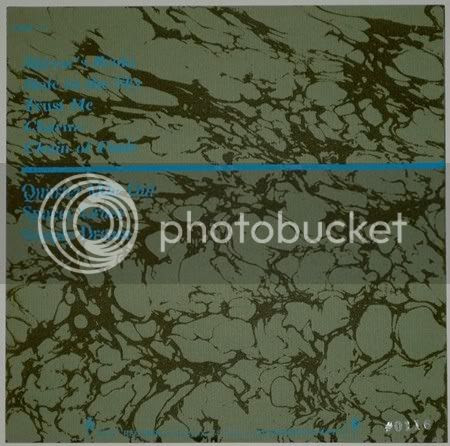 "Hole In The Sky" 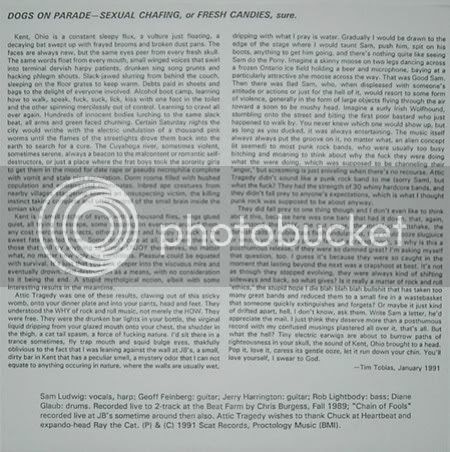 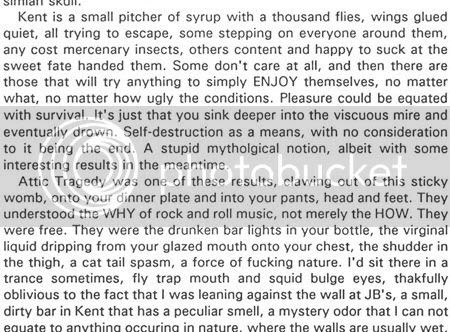 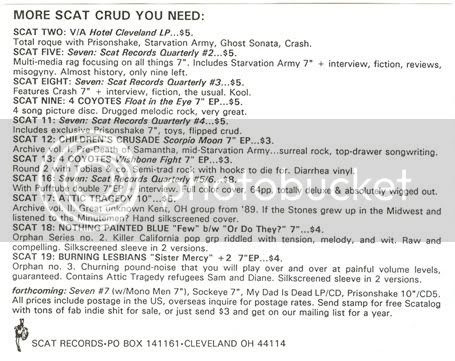 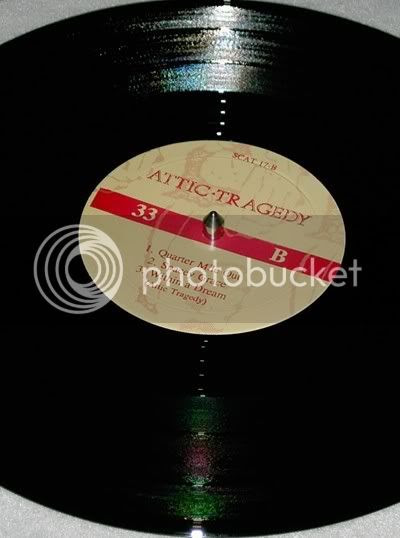 Pretty much slapped-together by Brushback at 10:51 PM

The mp3 files on this post are now listen-only (non-downloadable) files. Only a few of you checked these songs out, which is a shame because it's a good record. Scat very rarely releases anything that isn't top-notch, anyway.

By the way, there's an Attic Tragedy MySpace, which you can go to by clicking here; they've got a couple of songs posted now that aren't on this 10".

If you dig Attic Tragedy you should also check out Ct. band Werewolf Police, who I've posted about a couple of times here-- their sound is sorta similar.