It's A Bed of Nails That I Disdain 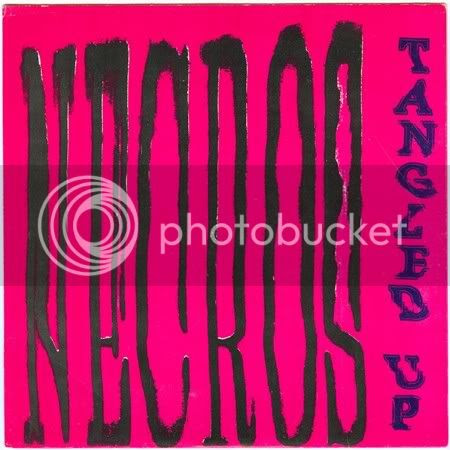 A lot of people wrote off the Necros for good after hearing this single, but for me this was the first/only Necros record that I ever liked (the hysterical "Jail Jello" EP notwithstanding), and I'm not just being contrarian when I say that. I owned a couple of other Necros releases-- the "Conquest For Death" single and the German pressing of their LP-- but I actually didn't like the Necros all that much when they were still a hardcore band.

One of the things that I liked about this single was that it bucked the horrible precendent being set by the likes of Void, DYS, and SSD, proving for once that a hardcore band could shed its stripes and successfully rock the fuck out.

I don't remember much about the LP that followed after this; chances are I listed to it once when Brass City Records got a copy, didn't like it, and promptly forgot about it. I'm also not too keen on the b-side to this single, which is a Pink Floyd cover. But I like "Tangled Up" a lot, and that's good enough for me. 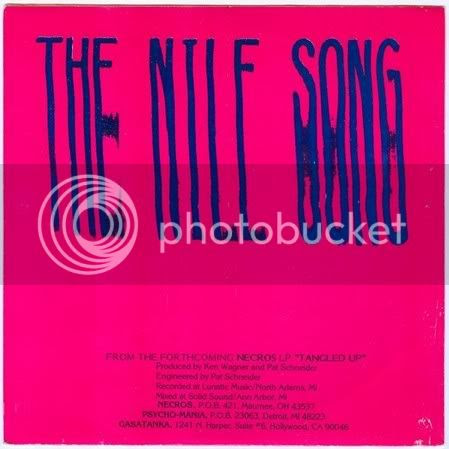 Pretty much slapped-together by Brushback at 11:06 PM