The Giants Had To Trip The Wire 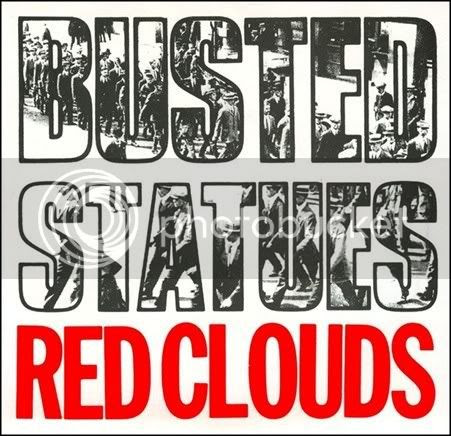 This song has one of the most awesome, soaring hooks I've ever heard, and that's not surprising since Clint Conley of Mission of Burma wrote it. "Red Clouds" was Busted Statues' one and only record, other than some compilation tracks, but it's a pretty damn good one.

Even if you've never heard of Busted Statues before, you've probably heard of some of its members. David Kleiler, who played on this record, was also in Sorry and Volcano Suns, Corey Brennan was in Bullet Lavolta, and Bob Moses played in Kustomized with Peter Prescott. About the only other thing I know about Busted Statues is that Bob L'Heureux was nicknamed "The Grinning Skull", according to a story I once read in Forced Exposure, and once you know that, what else do you need to know?

A somewhat interesting footnote to this single is that Clint Conley later re-wrote "Red Clouds" as "What a Body Could Do", which appeared on the first Consonant CD, although Conley made mention of Busted Statues in the writing credits. 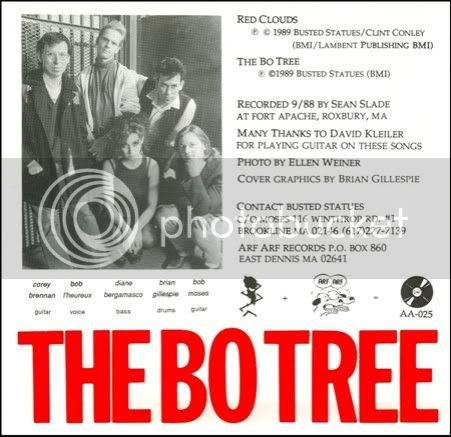 (both these files are now listen-only) 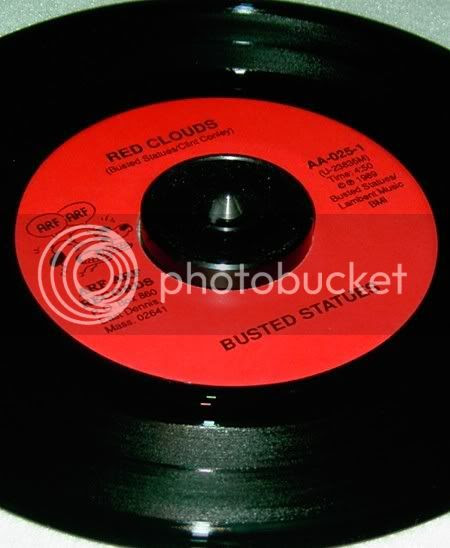 Pretty much slapped-together by Brushback at 11:14 PM

I kinda dig Kustomized-- plus they had the best CD artwork on Matador.

Very Volcano Suns-ish, if a bit more guitar-riffy. I might do a post on one or two of their CDs eventually.