J.S. and The Cupids 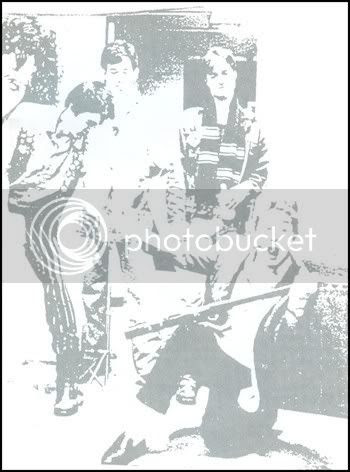 This is a demo that Scott Munroe gave me a copy of back in 1987 or thereabouts, on a tape with a bunch of other stuff. It's basically John Stabb with some of his ex-Government Issue bandmates goofing off and doing some covers, although there's one song on here ("Little Boys") that seems to be a full-fledged original*... and it's actually a really good song, too. Even with the stupid Billy Idol cover, to a G.I. freak like myself, getting to hear this demo was pretty much the best thing ever at that point.

I can't really place the exact time when this might've been recorded, since the line-up that Scott lists in his notes (Brian Baker, John Leonard, Steve Hangsen... so who was the drummer?) is spread out over a whole bunch of different G.I. eras. Judging by the "Like A Virgin" reference, though, this would have to be from around 1984/85 or so.

Despite the fact that this was most likely recorded live in a basement somewhere with a boom box or whatever, the sound quality to this is pretty damn good. I really like "Make An Effort", the record that G.I. made with Brian Baker in the line-up, and there's a similar feel to this demo. Plus you get to hear some vintage Stabb-ishness-- especially during the intro part to "Calling Dr. Love"-- which is just about priceless.

*it's not, it's a Professionals cover 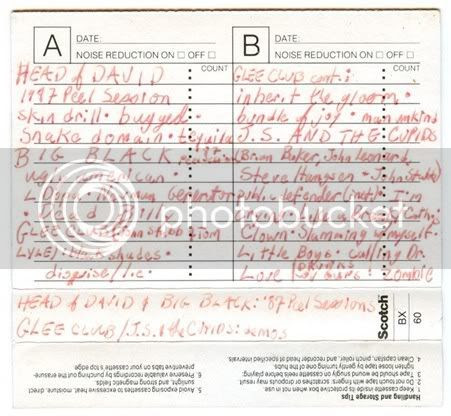 J.S. and The Cupids


The above files don't work anymore, but for a limited time here's another download of them:

J.S. and The Cupids .zip

Pretty much slapped-together by Brushback at 1:14 PM

In the months-late department, hey, this stuff is really fun. Even the Billy Idol cover. Thanks for the reminder/tip.

Hi. Any chance of a re-up of this? The links are now dead and I'm definitely interested in checking this out.

Yeah, it kinda sucks that Vox went out of business, and now my listen-only files don't work anymore. I'm thinking of re-upping some older stuff using MediaFire, a bunch at a time - I'll add this one to the list.

That'd be very much appreciated!

This was recorded at my house, summer of 1985. Can't remember the exact date. I have the tape myself somewhere. Brian's on drums. Steve on bass. Me on guitar. Calling Dr. Love is Stabb with the Nike Chix--predates the Cupids by a year or so, probably. Little Boys was originally done by The Professionals (Steve Jones's band after the Pistols).

Wow, thanks for the info!

I guess the tape is all covers, then.

Wow. I never expected to see a post about this tape! I had this way back when, and a neighborhood, uh, friend stole the cassette. He just wanted a tape to record on. I was corresponding with John Stabb a few years ago and he was going to send me a copy but then he got sick.

Any chance you can re-up the link at some point? I haven't heard this in decades, but I still remember Cathy's Clown.

Thanks for posting this!