I Been Hittin' on a Russian Robot 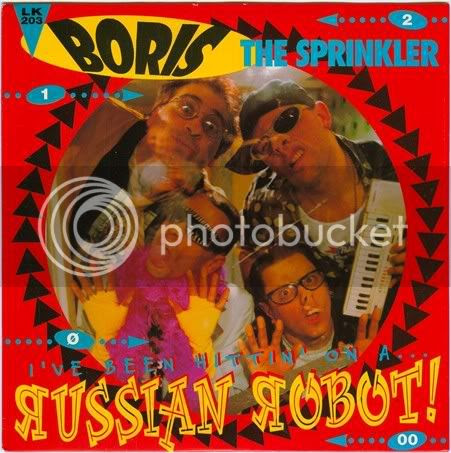 This is first of many Boris The Sprinkler singles that I'll eventually be posting here, seeing as I own practically all of 'em-- although not every pressing and every sleeve and every color of vinyl, because that would be obsessive and stupid (athough I do own one of the obsessively stupid "Mimi" sleeves, so all of you record nerds can't count me out completely).

I'm also reversing the trend-- re: Bands Of Which I Own More Than Single-- by not starting off with my favorite one here* (that would be "Little Yellow Box", by the way), which is no big loss because this one's pretty okay and probably my second or third favorite anyway. Plus the Russian theme kinda ties in with my old blog, which you probably don't even know about (it's listed in the sidebar over to the right there, under "Stupid Shit").

Note that I've included the lyric sheet, the point being that you can sing along at home while the song is playing and have a nice sort of Boris The Sprinkler karaoke moment all by yourself. 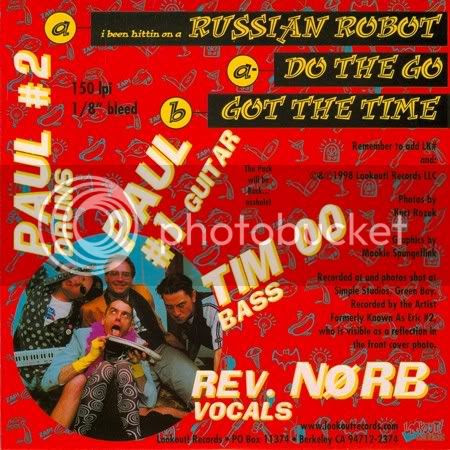 "I Been Hittin on a Russian Robot" 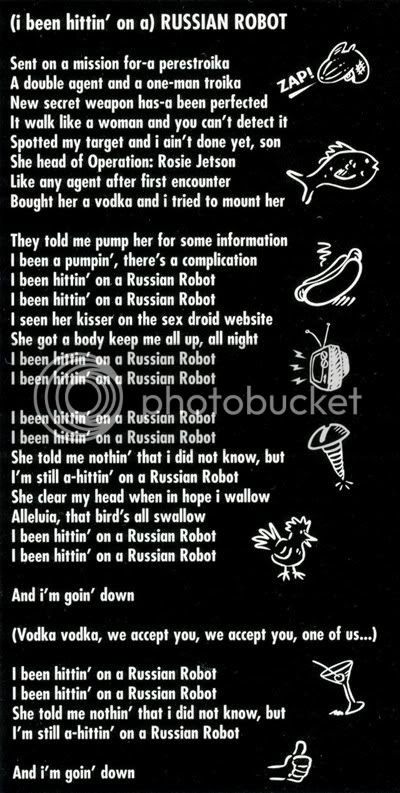 *seriously, I haven't been doing that at all, but it sounded good when I wrote it
Pretty much slapped-together by Brushback at 8:10 PM

Boris the Sprinkler touching necks with Big Black... "You're Blog Could Be My Record Collection".

The split with The Meatmen makes me smile the most. Worst single: something called 'The Borisites' that sucks the big brown. Theier split with the Drones is pretty useless too.

Has their been a posthumous singles discography cd (3xCD, more than likely) yet? If ya ain't got a Bulge...

I don't think anyone's been talking about putting out a Boris The Sprinkler singles CD, though I know a few people who are asking for one.

A lot of the songs on the 7"-ers ended up on the albums anyway.