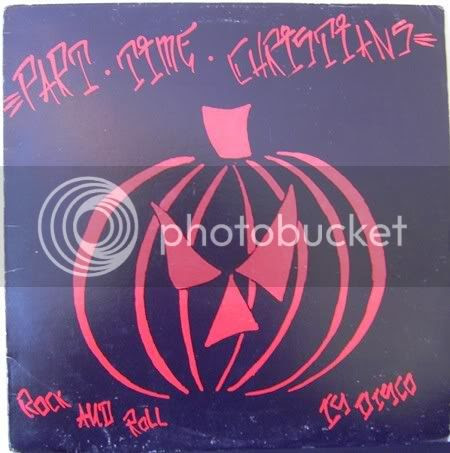 If you ask me, the Part-Time Christians EP is one of the few bright spots in Alternative Tentacles' otherwise dismal track record. Sure, early on there was the Butthole Surfers, and the first few records by the Dead Kennedys (whom I quickly lost interest in sometime around 1985 anyway), but other than side one of the first Crucifucks LP, I'll argue that Alternative Tentacles didn't really release anything that was all that great in the early '80s, or pretty much ever. I mean, how many stupid LARD albums do you really need, anyway?

Believe it or not, this record was portrayed as being a bit too "metal" back in the day by people who missed the whole point, but listening to it now, it just sounds like punk to me. Plus, this record's got some of the greatest punk lyrics ever, like "Religion on a Stick" ("Hypocritical businessman prick... stand in line to suck the preacher's dick"), or "Case" ("Case! Get off my case! Case! Get the fuck outta my face!"), or the all-time classic "Bonique":

Monique, the kinda bitch I seek!
Everytime I phone her, I pop a big hangin' boner!
Leave it to some punk rockers to put into words what Smokey Robinson was trying to say the whole time anyway. 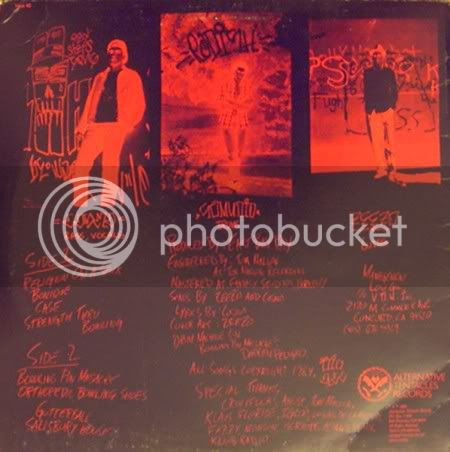 "Religion on a Stick" 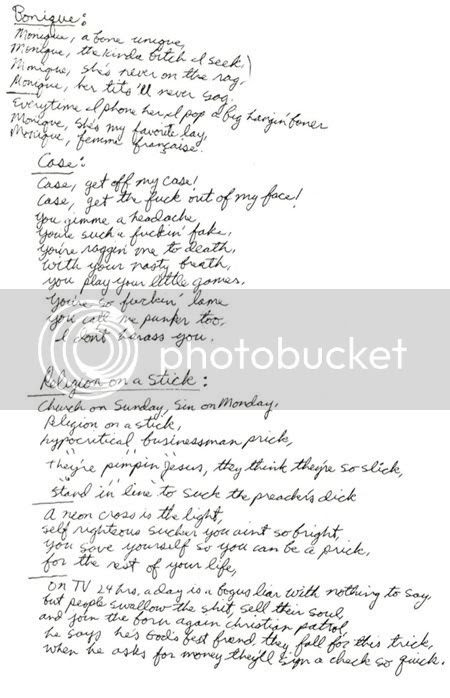 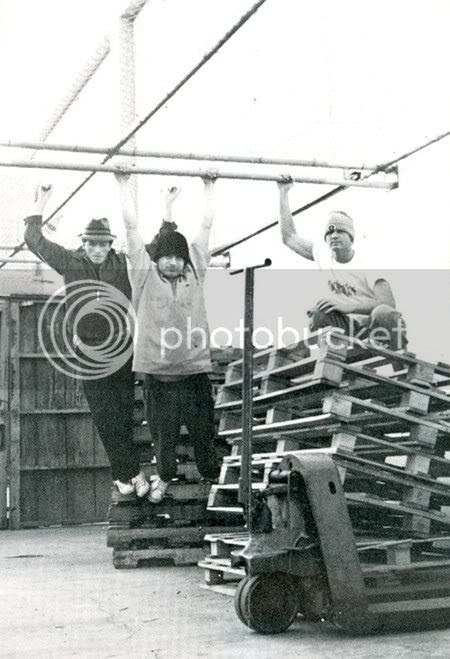 Pretty much slapped-together by Brushback at 11:36 AM

Hey, sorry, but the mp3 files on this post are now listen-only (non-downloadable) files. I feel bad about it, because the Part Time Christians are classic, but I need the file space. You can still listen to the files and check them out, at least. For those of you who came to the party late, I will do my best to respond to any e-mailed requests for the original files.

How can you write about PTC without mention of their best - Gutterball!

So I screwed up!!

I'd actually re-up these files someday, but this is supposedly being re-issued soon... that would be awesome.