I Can't Work Any Faster, My Arms Are Killing Me 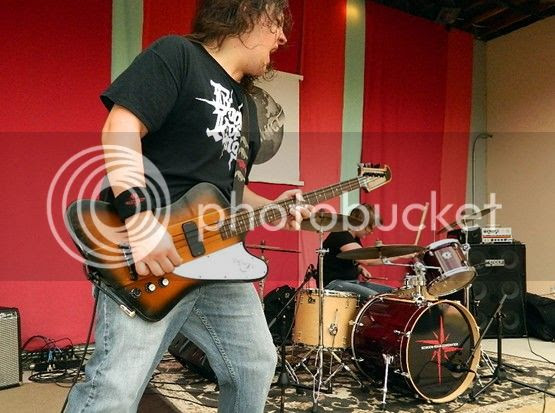 I headed down to New London today to check out some of the bands playing at the I AM Festival (Independent Artists & Musicians), which is still going on as I'm writing this, though probably not by the time anyone reads this (because nobody reads this piece of shit blog and I'm just about done here anyway, so you can stop e-mailing me to write about your shitty band) (I hate you). There was a whole bunch of stuff going on today; some neat-o "Cassette Store Day"-related activity at Redscroll, including something involving Elm Recordings though I'm not sure what, and then Snotrocket played a show at Willimantic Records. I could've hit all three things in one swing and made a really full day of it, but instead I figured I'd keep it simple and just get lunch at Captain's Pizza, they're not very good but they're convenient.

Anyway, Bedroom Rehab went on in New London around 3:00 and they totally killed it, I know that's something people say about bands all the time -- "they totally killed it" -- but in this case it's fucking real, jack. I watched people walking into the place and then slowly inching forward, like "what the heck is this, this is amazing", including a group of metalheads who finally just said "fuckit" and went up front, howling and throwing devil-horns in the air and headbanging like maniacs. This is true, I'm not making this up. Adam and Meghan are both hugely charismatic performers, Meghan maybe even the most out of the two even though she's seated behind a drum kit the whole time, and this was another one of those Bedroom Rehab sets where the crowd starts off kinda medium-warm and then by the end everyone is going nuts. I just stayed towards the back most of the time and played with the soapy bubble-making stuff that Rich Martin was handing out, but I couldn't get it to work very well, even when I tried to blow bubbles towards the band while they were playing. I guess I just suck. Then at 4:00 I moved over to the stage next to the whale's butt (in front of the train station) and caught Fatal Film, who weren't quite as good as when I saw them at Cafe Nine a couple of weeks ago -- in fact, the first half of their set today kinda blew -- but by "Coolest Friend" they were kickin' it, and they finished off the second half like champs. All their new songs are great and top almost anything on "Thrill'r", except for the fake reggae one which I'm not even really sure is a new song (I get mixed up sometimes), but other than that. Of course, almost any song they play now could be considered a "new song" because "Thrill'r" came out, what, 5 years ago? Fatal Film also have the best jokes of any band from around here, I'm practically in stitches every time I see them. I mean, they might not look funny to you, but I'm here to insist otherwise. 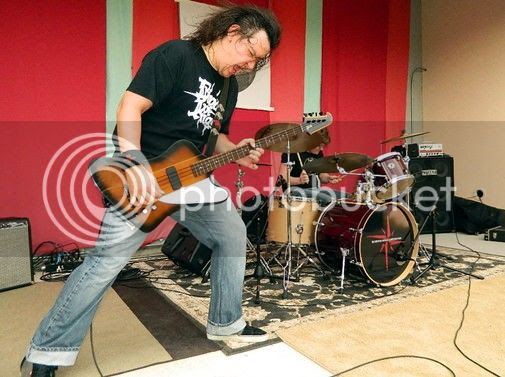 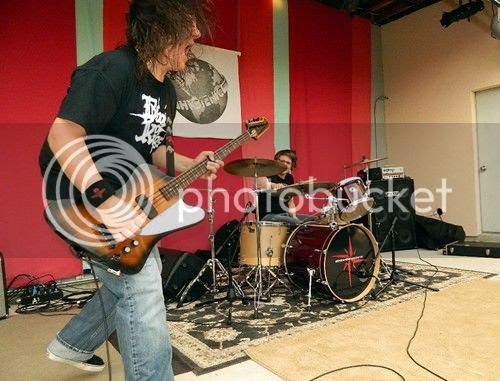 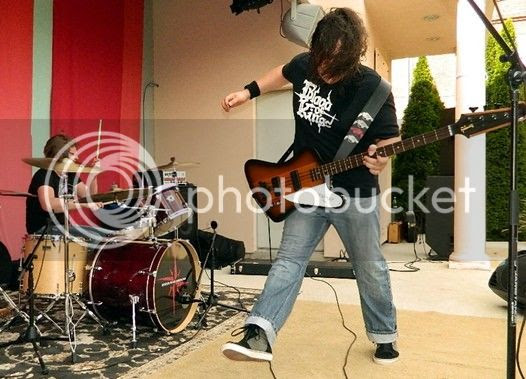 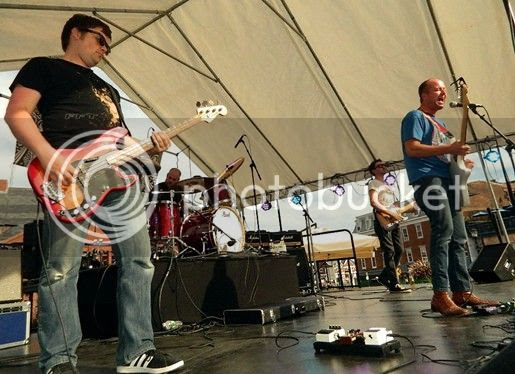 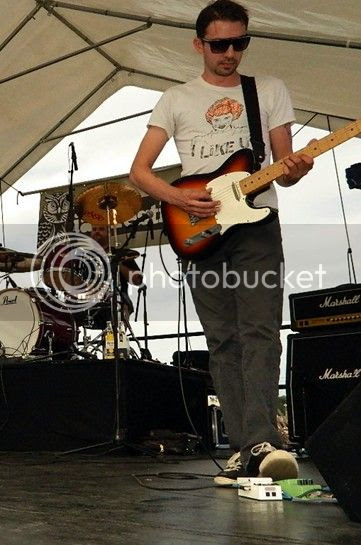 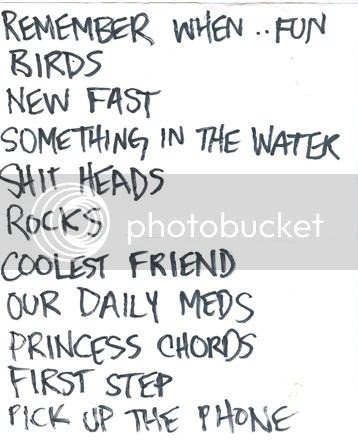 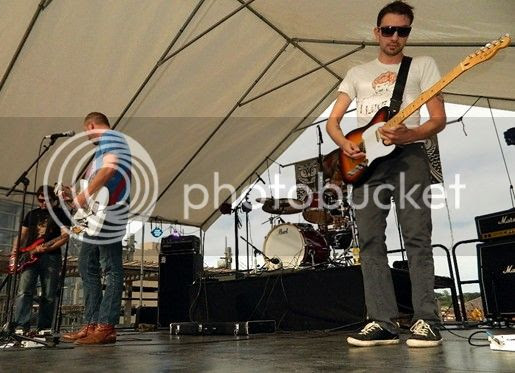 Pretty much slapped-together by Brushback at 11:00 PM