I Wish I Were More Gifted 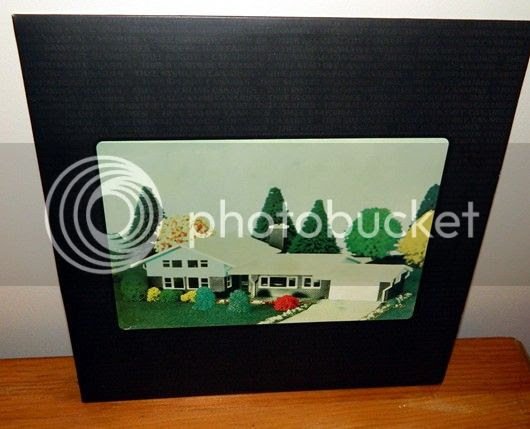 This is without a doubt one of my favorite records from the '90s, from a "band" that was mostly just a solo project of Damon Che (the drummer for Don Caballero), who for the most part played all of the instruments, sometimes even recording some stuff himself on a four-track. I'd hate to say something dumb (as opposed to all the other dumb things that I don't mind saying) like "this band kicks so much ass", but seriously, this band kicks so much ass. A Speaking Canaries song is like a fucking sundae, where there's vanilla and chocolate, and then further down there's some fudge and some nuts, and then that stops and there's strawberry and some chocolate again. And then maybe some more nuts. In case you think I woke up today and decided to say a bunch of dumb shit about Speaking Canaries just for the hell of it, Scat Records' own blurb for Speaking Canaries goes something like, "a monolith of rock, guitar excess, and psychedelic noise" and "a place where Van Halen and Sonic Youth meet and bug out on each other". So it's not just me, I guess.

I first heard The Speaking Canaries on a 1997 Scat Records label sampler, namely a song called "Enormous Hope" (credited as Thee Sspeaking Canariess, of course -- earlier records went by "Thee", and then later they dropped the extra "e") from their "The Opponents" EP, which by then was already sold out. I had to wait a little bit for their next record to come out, which was "Life-Like Homes", and quickly snatched that thing up. The record is ridiculous, with a 27-minute-long opening track ("Last Side of Town") that spans both sides, and almost as much hefty wankery and catchy/proggy/thudding rock riffage as the first Rush album and the fifth Triumph album combined. Not to mention enough exhorted "Whoo!"s and "Yeah!"s to make David Lee Roth sick to his stomach. As is usual for Scat releases, the packaging is nifty, too; you can probably just barely tell from the photo, but instead of being all black, the front cover is actually embossed with dozens of variations of the Thee Speaking Canaries name -- Thee Spackling Canaries, Thee Scented Canaries, Thee Spontaneous Canaries -- which is continued in handwriting on the a-side label.

Just in case you can't see it, at the very bottom of the back of the sleeve there's a blurb in tiny letters that reads in part, "The product you have purchased is entirely fictional and is exclusively intended for mature rock fantasy." Sounds about right. 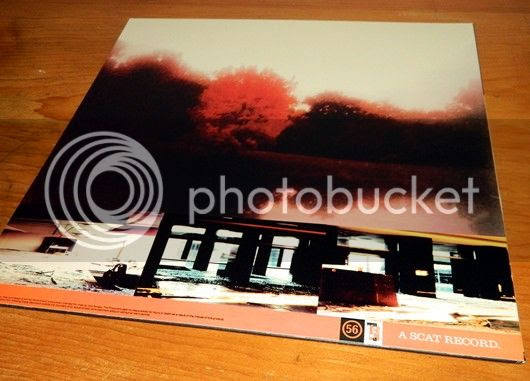 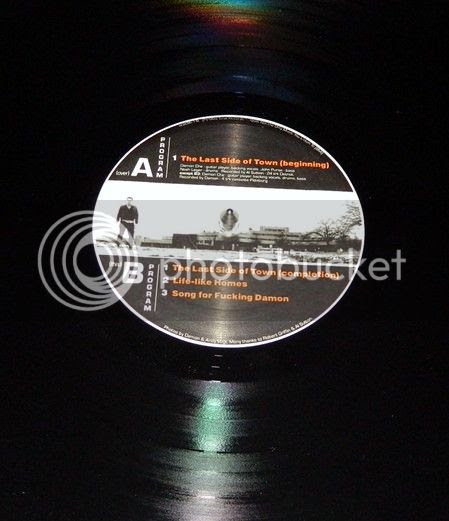 Pretty much slapped-together by Brushback at 9:05 AM

Holy cow that's great. Like, so great that I feel a bit stupid that I haven't heard it before.

Oddly enough I almost put "little known band" in the post, but I thought it sounded stupid. There was so much good stuff on Scat that hardly anyone talks about now, though.

rawk. I already have this but thanks for sharing with the world.

Guitar Strings for a Holocaust off Songs For the Terrestrially Challenged should have been HUGE. Menopause Diaries from Get Out Alive too. Also, and I may be alone in this, but I loved the Van Halen covers.

Saw Don Cab in 2000 and Che opened for them singing and playing guitar to some songs. Now that album, if it exists, i'd want to hear.