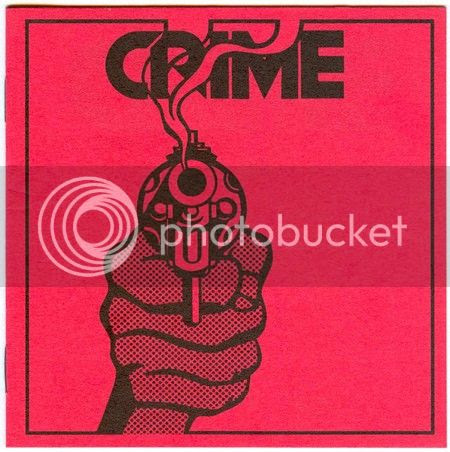 Three best American punk bands: Crime, Pagans, Weirdos, though not necessarily in that order... I was never lucky enough to actually own any Crime records, but I ended up being just lucky enough to find "Piss On Your Turntable", a bootleg CD that collects just about every piece of Crime vinyl in one place. A good chunk of the CD is the "San Francisco's Doomed" LP, a semi-legit release from about 20 years ago, half of which was a studio demo recorded in early '78, the other half being a rehearsal recording from '79. The '78 stuff fucking rips-- heavy drums and loud guitars all over the place, just a classic piece of rock... there's also a 12-page booklet of lyrics and stuff, but I'm not gonna scan the whole thing because nobody ever reads that shit... anyway, here's a couple of tracks from the '78 recording, plus the whole thing all at once, which I'll take down sooner than eventually... 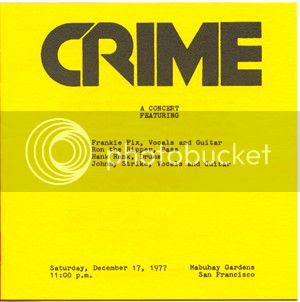 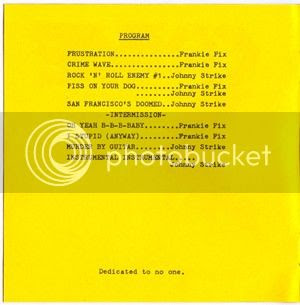 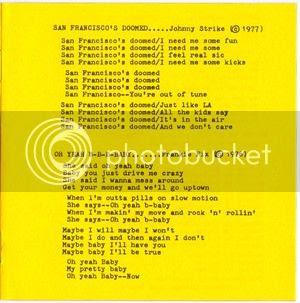 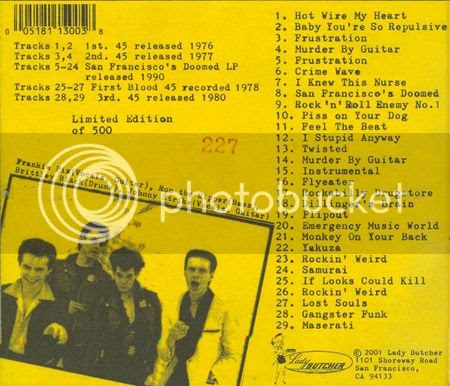 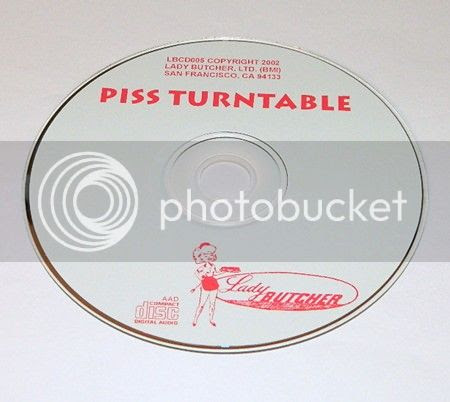 Pretty much slapped-together by Brushback at 12:57 PM

Nice. I'm a Pagans gal myself. But there's no denying the Weirdos, either!

Gotta love Crime, 'Piss on your dog'. Thanks VV