Life Flows Through The Death Of Me 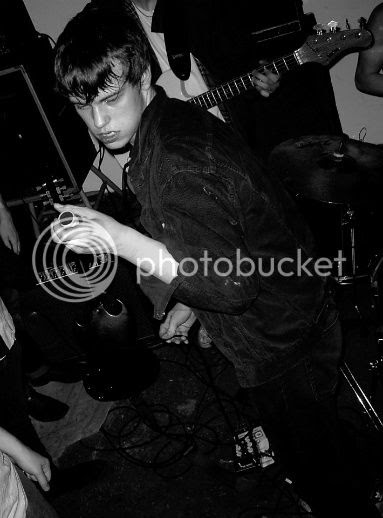 I was expecting The Men to split my head wide open last night, but it never happened. "Leave Home" is a great record, the Nerves cover is great, so on and so forth, but if I didn't already know who they were and didn't like all of their records already, my impulse reaction to them last night would've been "well, these guys sorta blow." Okay, I liked a few of their songs, especially the last one which they said was new and had a great bass-driven melody for part of it, but overall there was too much finesse going on when they should've been cracking skulls. I really think their drummer should've been slamming the hell out of something most of the time, but instead he kept fussing with his crummy cymbals too much. Their set in general was way too quiet, and it couldn't have been the room because when IceAge played they were loud as hell. I dunno, maybe I just didn't get it.

Medication sounded a lot more like themselves than they had just a few nights earlier at Elm Bar, though Mikey didn't seem to think so because every so often he'd randomly shout one of the words into the mic so that it came out all fucked up and distorted. I thought their set was pretty good, and so did some other people ("Hey, you guys are pretty good. Where you from?"). Most of the crowd that had just packed the room for The Men went outside while Medication were playing, which was a crappy move on their end, though it's a safe bet that it was all the noobs who had never been to a Popeye's show before this one because of their pronounced fear of standing next to all the dirty "noise kids" (like the scene is made better by fake punk bands that sound like Papa Roach and put their records out on Paper + Plastick).

I really thought I'd end up being annoyed by IceAge, but their set was actually pretty good. I mean, they're safely nestled in that in-between spot where there's a whole list of bands earning far less hype that are way better than them, but then they're also not nearly as bad as the backlash wants you believe. I'll admit right now that it's kinda dumb to hate a band just because of the kind of people that like them, although for about a million bands it remains pretty attractive. "New Brigade" still sounds fairly atrocious to me, and it's become obvious that everyone's afraid to review it objectively and instead are feeling like they have to come up with reasons to prove how much they actually like it (how come none of these same guys are lining up to review Rank/Xerox?). Live, though, IceAge were satisfyingly aggressive, almost spectacularly over the top at times, and there were even some bass-heavy parts that borrowed a bit from "My War" that I actually really liked. Still, let's be honest; saying that you "saw IceAge in 2011" won't ever be like saying you saw Black Flag-- more like saying you saw Squirrel Bait in 1986, to name another easily-hyped band whose sound was too obviously made up of parts of other bands, and whom everyone ended up being too embarassed to admit they'd ever liked barely two years after they'd broken up. I can already see that in another 5 years there will be a whole slew of "former members of IceAge" records that'll sound miserably like Cold Cave or some boring shit like that, you can bet the house on it.

"Walking Out On Love" 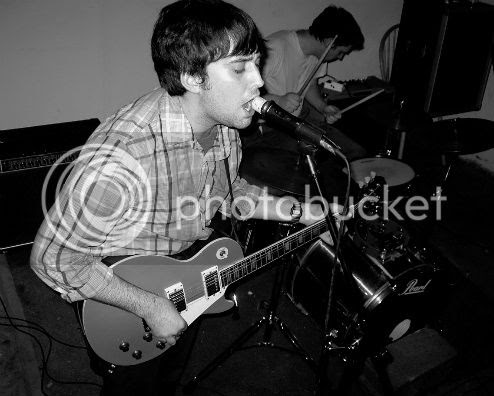 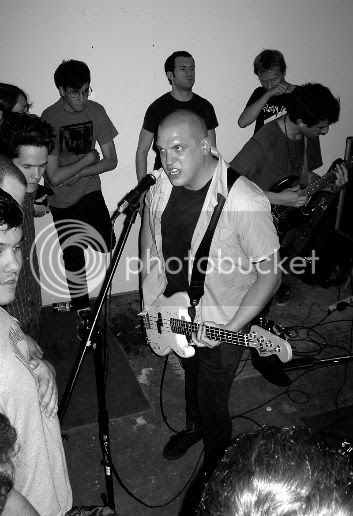 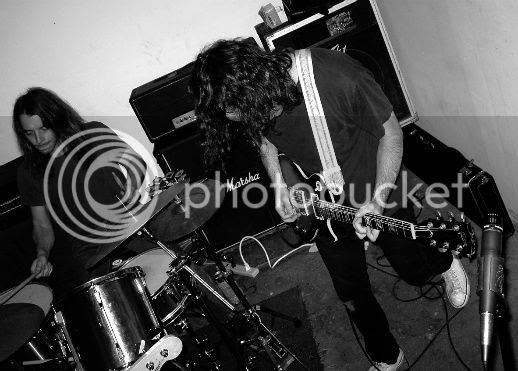 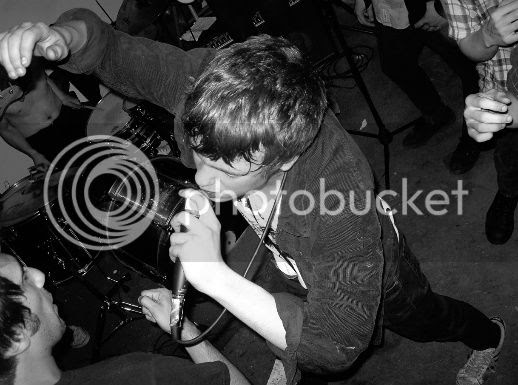 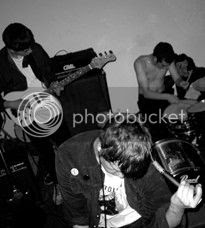 Pretty much slapped-together by Brushback at 11:16 PM