I Don't Know What I'm Doing 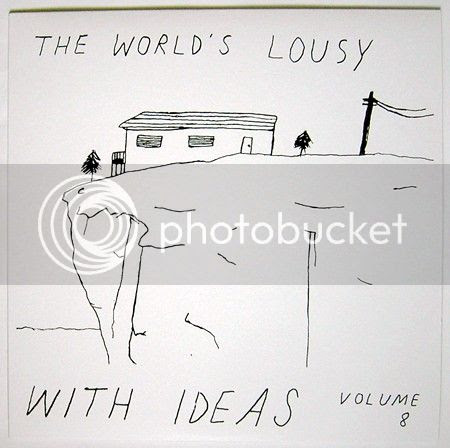 I busted my nuts to get down to Redscroll to buy a copy of this LP as soon as it came out, figuring that it was going to sell out quickly just like all the World's Lousy 7"-ers did. Well, it didn't-- in fact, it seems to be still available from the label, nearly two years later-- but it's still a really great comp, even if the inclusion of Vivian Girls is somewhat of a puzzler, even for 2009 (funny how they went from "kinda okay" to "don't really care" in about the time it took to put this album out). I've got the Vivian Girls cover, too; supposedly every band on the compilation submitted a different sleeve design, so now I've got what looks like a Vivian Girls record to haunt my record collection forever.

I won't bother giving a rundown of every track, except to say that this a better than solid record all the way through, but if there's one song that I keep coming back to, it's the Pink Reason track that closes out the LP. I'm not sure what other Pink Reason stuff sounds like "Going Home"-- the only other Pink Reason record I've heard up til now is "Cleaning The Mirror", and it's kinda plucky/strummy-- but whatever, if "Going Home" turned out to be the only Pink Reason song I'll ever hear in my life, then that just by itself would be okay. After your standard buildup-and-release, the song just takes off, helped along by a pretty good kick in the pants courtesy of a massive drum track. 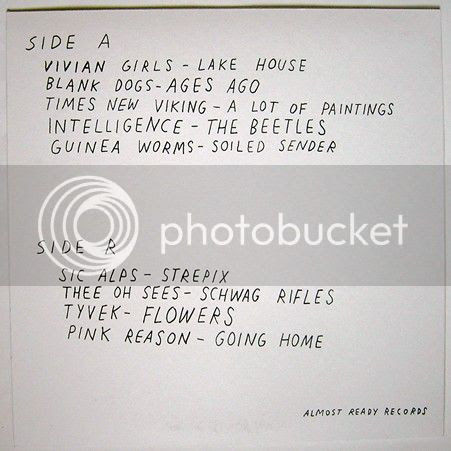 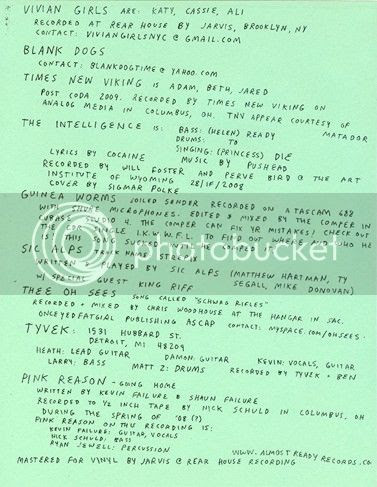 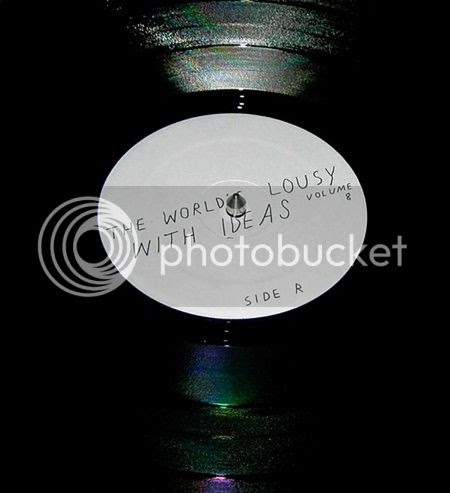