You Just Wish Someone Cared 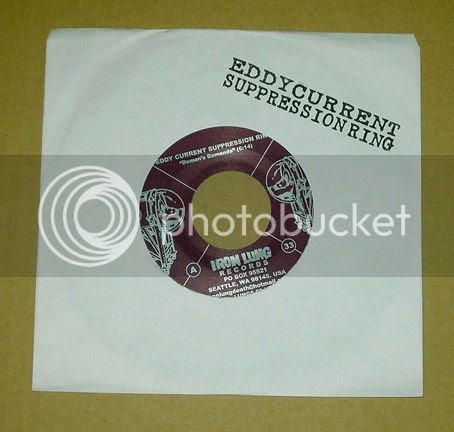 I picked this up from Iron Lung a couple of years ago, mostly because I was already ordering the Brain Handle 7" ("Smiling"/"Smiling Again", if you've never heard it you should check it out, it's totally great). The first time I heard Eddy Current Suppression Ring, via "Primary Colours", I was knocked out right away-- a band that sounds like a cross between the first Cosmic Psychos 12" and X "Aspirations" with the directness of Feedtime, what's not to like about that-- but when I started poking around for more stuff and saw that they had this single with two 6-minute songs on it, well, there's a lot of things that can go wrong. I should've known better; as anyone else could've figured out by now, there's nothing hippie/jam-like about this at all, unless you wanna count the riff to "Demon's Demands" being taken straight from the intro to "Whipping Post". 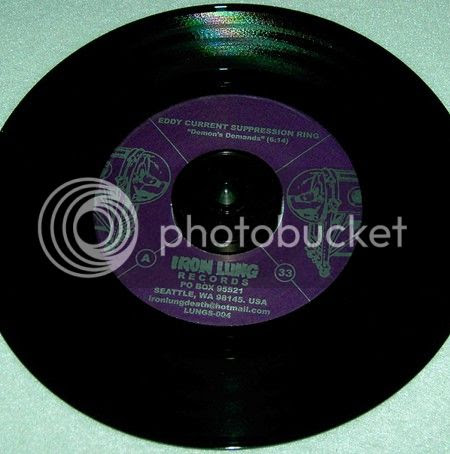 Pretty much slapped-together by Brushback at 10:35 PM

guy I need pipe it up bit here as lately my searches have been coming to your dead links, any chance ya can fix-me up somehow.

All the links on the old posts died when Vox.com went out of business last year-- there's a notice up in the top corner of the sidebar about that.

I'll start eventually re-upping some of the older posts as I go along, a few at a time, but I haven't fully gotten to that yet.

If there's one or two songs in particular that you want, let me know and I can e-mail them to you.

good band. shit write up. what a total load of fucken shit. this band doesn't sound even remotely like any of those bands you compare them to here ... & i bet you wouldn't have mentioned any of those bands, if ecsr were from the u.k. or some such.

I think this must get some sort of award for over-reacting.