It's Hanging To The Floor 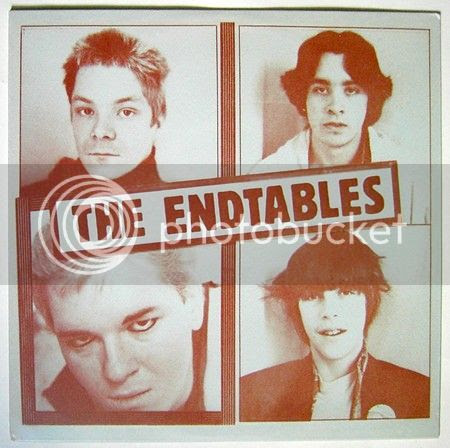 The Endtables stuff from 1979 was as ripe as anything else for re-issue, I guess, which is what Drag City did earlier this year, although Noise Pollution already did a pretty good job in releasing half of the songs on their "Bold Beginnings" compilation a few years ago. I'd never even heard of The Endtables until the Noise Pollution comp came out and Joe Stumble started talking them up on his blog, Last Days of Man on Earth (a totally excellent blog for "unheard" punk, by the way). Or, actually, that's when I found out that I had heard of The Endtables before; I'd seen David Grubbs do a cover of "Circumcision" at the very first Bastro show at CBGB's back around '87 or so, only Dave mumbled when he announced that the song was by The Endtables, so I thought he'd said Antietam. Well, at least I had the city right.

The six songs on this 12" represent the entirety of The Endtables' studio output; the CD version has a bunch of extra live songs on it, although I think Drag City is out of the CDs right now. Anyone who thinks a '79 punk band from Kentucky (with a six and a half foot cross-dressing lead singer, no less) couldn't possibly sound tough enough should buy this record and listen to the bludgeoning outro to "The Defectors", it'll change your mind. 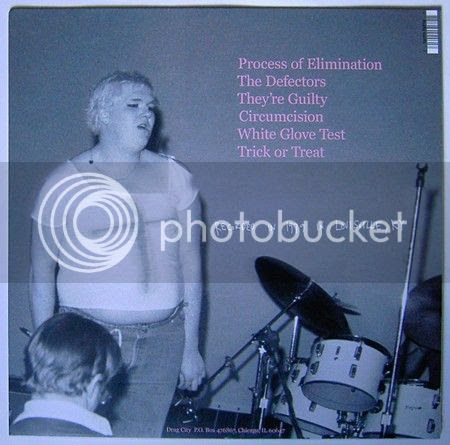 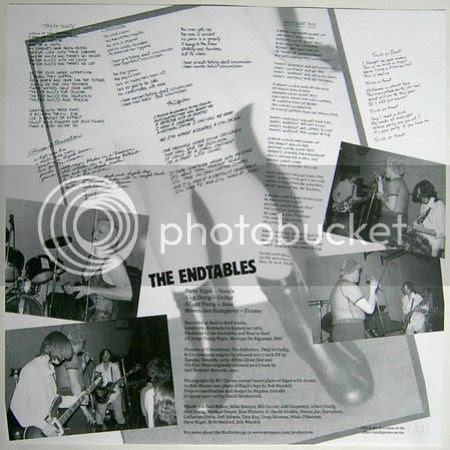 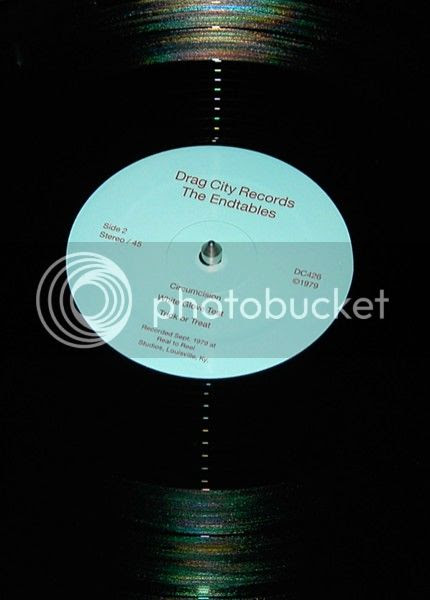 Pretty much slapped-together by Brushback at 9:37 AM

A very fine disc indeed. I found a copy of the original at a car boot sale a number of years ago, purchased for 18 pence. Sold it on Ebay for over £400, hurrah. The best record score I've ever had.

More than happy to buy this reissue, like I said, a fine disc indeed.