I Can't Seem To Collect My Thoughts 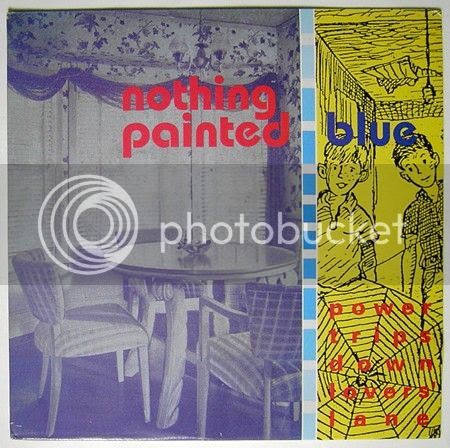 My appreciation for Nothing Painted Blue sorta outweighs any actual knowledge I might have of them; I might own a couple of their records, but most of what I know doesn't extend much past reading frontman Franklin Bruno's skillful record reviews in Seven during the early 90's ("Tim Alborn's Harriet Records is doing the 90's a favor it probably won't return", "Far better than two more songs about chopping up a woman", "Emulating Edwyn Collins in a world full of Tads is a good way to get your ass kicked, but I'm glad someone's doing it"). I mean, the guy is just a good writer, which naturally also makes him a pretty fine lyricist; listen to "Houseguest" someday if you haven't already, it'll kill you.

"Power Trips Down Lovers' Lane" falls somewhere in the middle between Big Dipper and the Karl Hendricks Trio-- there's even a line in here about "she's fetching"-- and the overall delivery is generally kind of bright, meaning there's some softer, well-crafted indie pop songs on this, if that's what you're into. I'll admit that I'm a pretty one-dimensional listener, so I'll be posting just the rok stuff here. "Undeserving" is a bit fuzzy-sounding from being one of the tracks closest to the label, but I'm including it because the bits at the end work as bookends to the bits at the beginning of "White Bicycles", so they're meant to be heard in sequence that way. 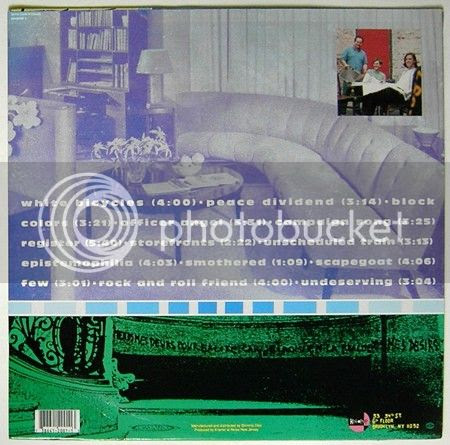 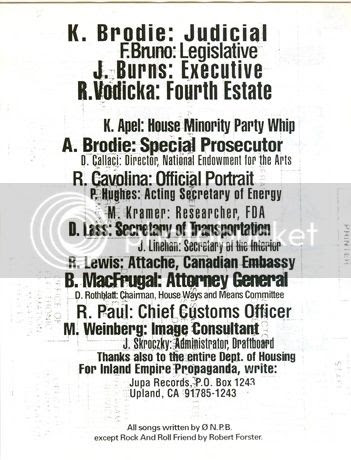 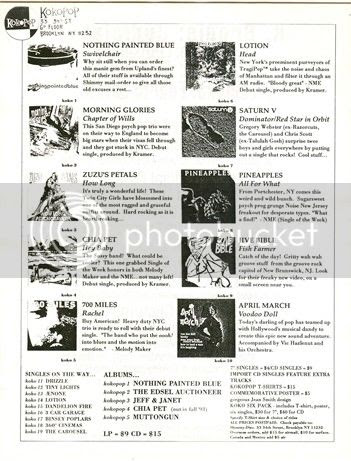 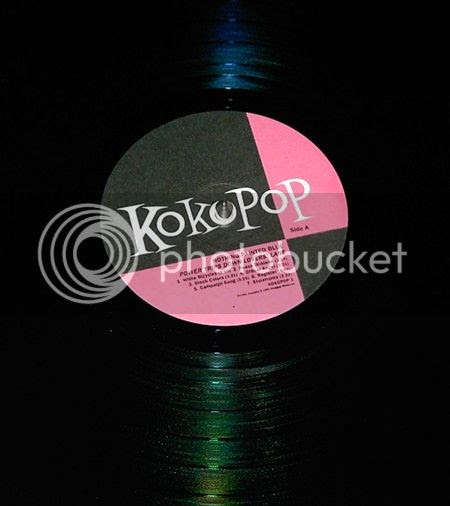 Pretty much slapped-together by Brushback at 7:58 PM

Excellent choice - and while I understand your affinity for the rockers, I have to say that I do like the Go-Betweens cover ("Rock and Roll Friend") on this album...it has always appealed to me. Their singles collection Emotional Discipline is great too (has a verion of "Few" recorded on a Walkman by David Lowery of Cracker). I also recommend The Monte Carlo Method. Great band, sorry they don't record anymore.

You're right, the Go Betweens cover is pretty good... I kinda wish I'd bought "Emotional Discipline" when I had the chance, I think Scat just sold out of it a few months ago...