I Always See Two Days Ahead Of Me 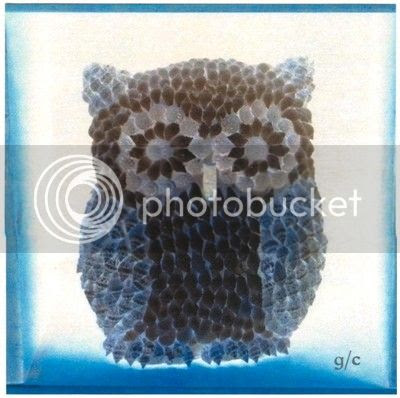 There's a slew of CT indie labels that have been delivering the goods this year; Safety Meeting, Twin Lakes, Cosmodemonic Telegraph, and Never Heard Of It have all released top-of-the-pile stuff in 2010, and you can add February Records to the list, also. If you've ever owned a Cher Doll compilation or ever lost a SpinArt sampler in the cracks between the front seats of your car, then you'll probably find February (née Tweefort) well worth looking into. Once a self-described digital-only "micro-label"-- you might remember the Women's Basketball album they released a while back-- February has since started dabbling with CDs, and have even released a vinyl 7-inch by The Tyler Trudeau Attempt.

February's most recent CD is from New Haven's Ghost of Chance, and even though the vocals at times veer a bit too close to Smashing Pumpkins to be considered safe, the CD on the whole is an impressive bit of work. I think CT Indie nailed it with their Lilys/Teenage Fanclub comparison, so I won't bother going any further. The opening track I've posted below, "Sir" (not to be confused with another fine opening track, Lotion's "Dear Sir", I guess), starts out quietly and ends quietly, but there's a fairly messy ride in between. Word is that Ghost of Chance are on one of the final bills next month at the soon-to-be-shuttered Popeye's Garage, along with The Field Recordings, so you know I'm planning on checking that one out.

You can find info on all of the February Records releases here, as well as free downloads of a lot of their stuff, including four more Ghost of Chance tracks, and a three-song EP from Birds of California (featuring Stewart from Boyracer on drums) which I think is pretty neat. 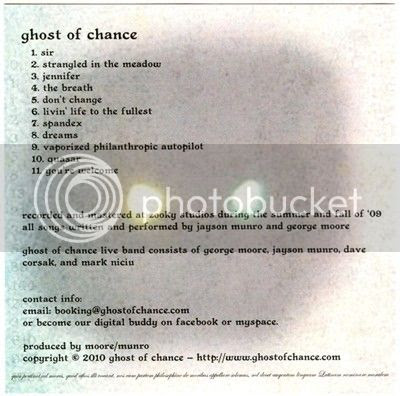 Pretty much slapped-together by Brushback at 7:15 PM