The Covers Of This Book Are Too Far Apart 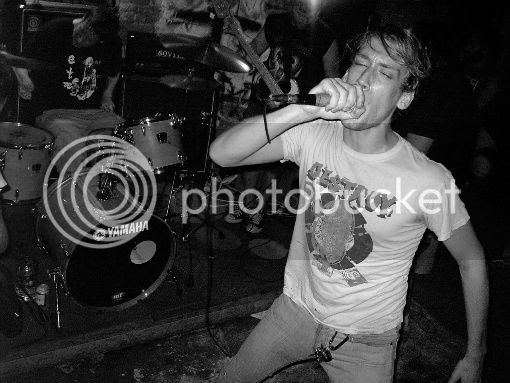 Friday night was my third time seeing Glue Machine in the past month, and this time they finally nailed it. I don't know if it was The Whitney House's superior acoustics (probably) or some extra practice or something, but finally their sound made sense to me. While the show flyers tag Glue Machine as being some kinda grunged-up AmRep-style damage, I still think the template is Side-Two-and-after Black Flag with a side order of Flipper, but maybe that's just a matter of a quarter-inch in either direction. Maybe they really do sound like The Cows, who knows. I've never actually bothered to ask the band what it is that they're shooting for; some day there'll be a demo to listen to, and then you won't need my half-assed guesses. Their set was really good, in any case.

White Suns were relentless; everything they did was precise, even though they still found enough space to play off each other, which I thought was impressive. With two guitars and two sets of patched-together effects boxes to fiddle with, they made a heck of a wall of sound, with a drummer that hardly ever stopped moving, and everything they did seemed to be at its absolute physical limit. They seemed to be randomly funny guys, too (I'd repeat the suns/sons joke, but if I don't get it right it'll just sound stupid). Rick is/was also in Open Star Clusters, and White Suns originated in Connecticut, though I'm not going to tag them as such (I know, like it really matters what I do). 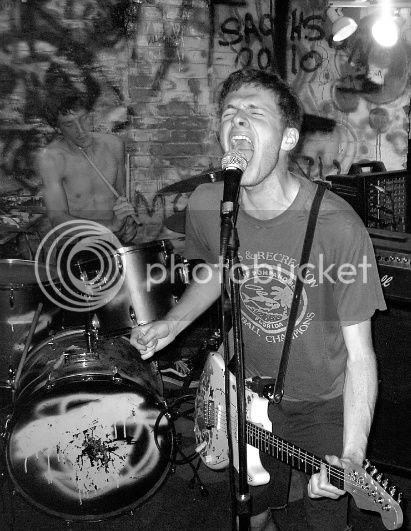 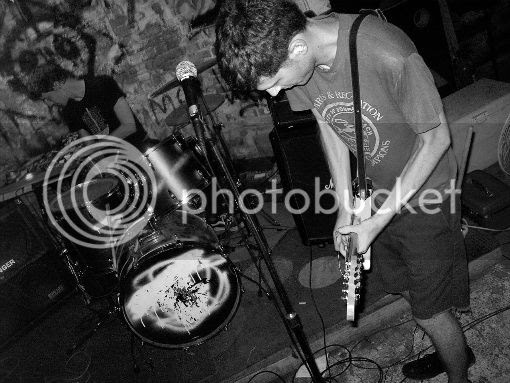 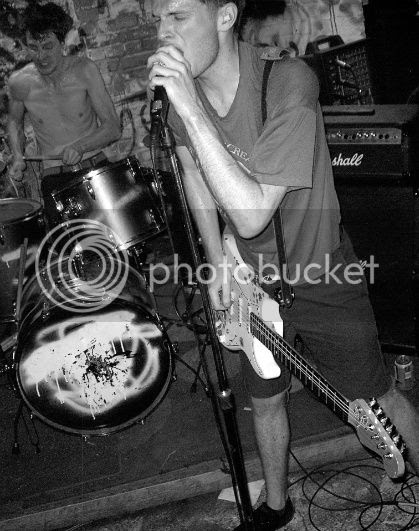 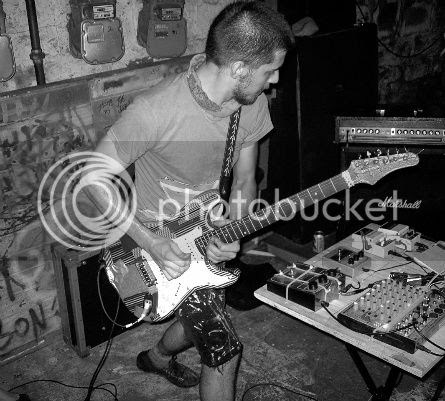 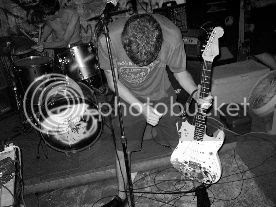 Pretty much slapped-together by Brushback at 4:26 PM

thanks for coming up to the show!

i have another show coming up on saturday night w/ pigeon religion (who definitely channel a flipper vibe), family treasures, escalator + bella reese collab, hell-kite, and reviver at popeyes that you should come down for!

also, i'm a bit out of the loop these days- do you know of places on the internet that i can post shows to help get word out about them?

I'd be at that Popeye's show, but I'm gonna be outta town...

Unfortunately, without b04rd.com around, there's no good message boards for posting this kind of local show. You can post on ctska.com for people like me to see it eventually, but nobody else over there is gonna care.