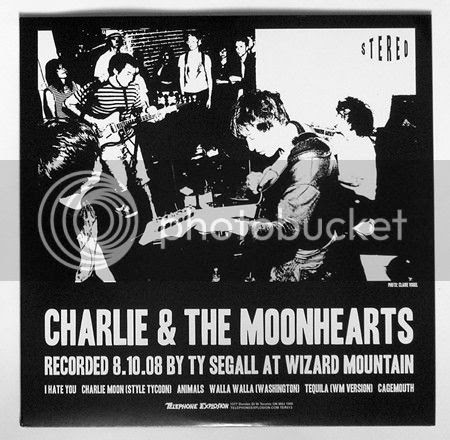 I first heard about Telephone Explosion when they released the Estrogen Highs tape, back when they were still a tape-only label making 100-copy runs of bands like Demon's Claws and Holy Cobras, all of which is completely out of print. They've since moved onto vinyl, starting with the Charlie and the Moonhearts/Teenanger split LP from a year ago, which I think might still be available from the label even though only 600 were pressed. I've already said that I love pretty much everything by Charlie and the Moonhearts-- all of their recordings have this big friggin' drum sound, and much like Ty Segall, there's a thousand devilish hooks in everything they do-- and their side of this record is completely ample, being made up of mostly new recordings of songs from their Thunderbeast cassette (which, if you already have the tape, probably makes this record half as awesome-- I'm betting most people haven't heard the tape, though). Teenanger's way around rock is a bit more conventional, and without the effects on the vocals, their stuff here (also taken from an earlier cassette release) would probably sound like Rank and File or something. Every Telephone Explosion release comes with a free download, though I'm not going to use those files and instead post my own vinyl rips, even though the label mp3's sound a lot more robust than the vinyl, which isn't normally the case. Another reason to buy a copy of the record for yourself, I guess. 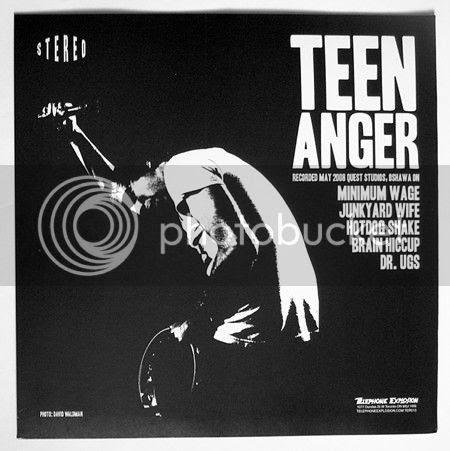 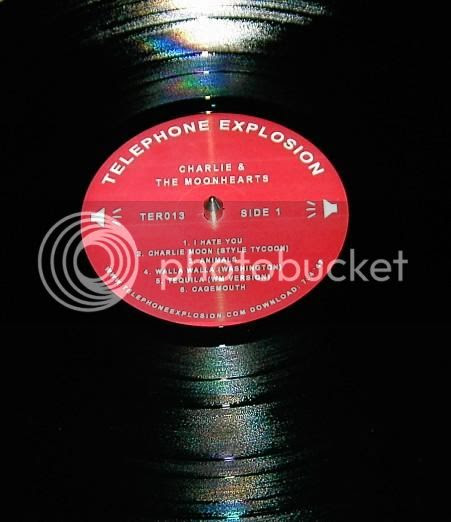 Pretty much slapped-together by Brushback at 12:03 PM

Thanks for the Charlie & the Moonhearts!