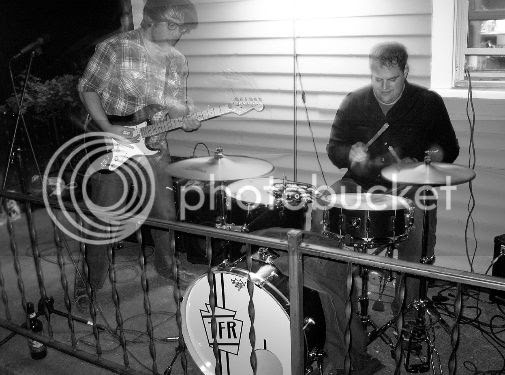 ...at the house of one of the CT Indie/Inclined Plane dudes, in one of those way-out-in-Northern-CT type towns where they still make trees instead of Dunkin' Donuts. The Field Recordings played, as well as another band, Slam Donahue, who I totally missed because I was in the front room messing with the turntable (there was this Besnard Lakes LP that, admitted sheepishly, I was actually getting into). The Field Recordings had already played at the Elm City PopFest in New Haven earlier in the day, though I had skipped that and instead drove around in the sun all afternoon getting ice cream and pizza. And then after dark we meet at people's houses with plugged-in instruments and make noises to comfort ourselves. I was enjoying The Field Recordings' set a lot, and I think I was one of the first ones to turn around and see the two cops standing at the top of the driveway. So here's a song from The Field Recording's first EP, which they don't play live anymore. 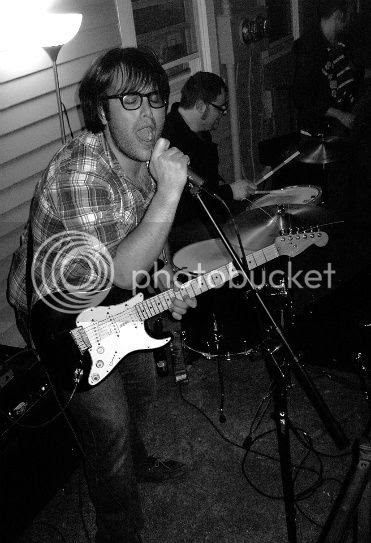 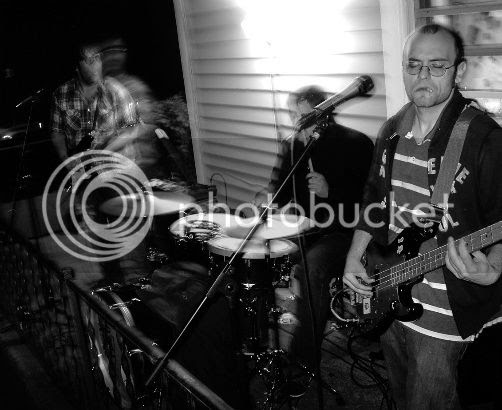 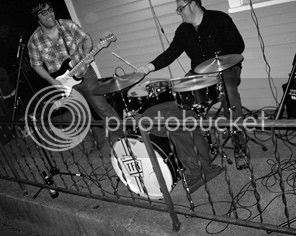 Pretty much slapped-together by Brushback at 12:19 PM

I cannot believe we missed each other by like two seconds. John said you came by right after I left with the kids.

John has been trying to get me into that same Besnard Lakes LP, and it's working.. slowly.

You missed out on me almost twisting my ankle from doing a fake stage dive off the concrete patio. This was at around 11:00, right before Officer Friendly showed up.

Hey at least the cops were nice guys. Man, at least some people were really getting into the music.

Yeah, the officers were totally reasonable. And for anyone who hadn't seen The Field Recordings before, Saturday's set made a pretty good introduction.