Mistakes Still Keep Us Locked In Our Place 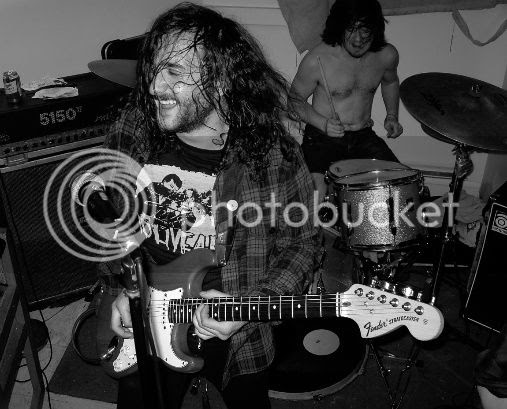 Some bands have bad mood shows where you just want to leave the room, while some bands are just bad, period. The Estrogen Highs show at the Fucking Discovery Zone last Friday was neither, though it was definitely pharmaceutically damaged sloppy enough to be different from any other Estrogen Highs set I've seen so far this lifetime, which was a positive in this case. All's fair in the name of rök, you know, so if you sometimes want your bands to end up on the edge of the drop-off and tryin' thangs, then you probably would've had fun on this night, too. Plus I got to hear the Marshall Tucker cover that the guy at the last show was shouting about (turns out it was a Flipper cover at the last show, too, which I never would've known anyway. How 'bout a friggin' Decry cover next time, for chrissakes?).

Heading down to New Haven on my way to the show, the band that I was interested in seeing the most was Big Eyes, which is Kate from Cheeky's new power-rock outfit with the Cheap Trick-sportin' band name. Well, the band still needs a little bit of work, or some added oomph-- though it could've just been equipment problems-- but the songs are definitely there, and you only have to listen to the first couple of power chords of the first track on the demo to figure that out. If the Fastbacks' more straight-rocking stuff ever interested you at all (specifically, the two covers at the end of "New Mansions In Sound"-- "Space Station No. 5" and "Girl's Eye"-- are what's playing into my head right now), then you'll want to get squared away on Big Eyes fairly quickly.

The surprise of the night, though, were Kicking Spit (a couple of guys from Seasick), who I hadn't really heard before. You know how Awesome Color try doing Dinosaur Jr.-type hard rock/psych stuff, only they suck? Kicking Spit nail that sound completely, with a little bit of Das Damen and the guitar sound/tempos from the Moving Targets demo mixed in, adding some Kreator-type guitar parts along the way. Sometimes this type of stuff all starts to sound the same after a while, but Kicking Spit's too-short set was a total rush ("deep cuts, man, deep cuts"), and I would definitely see them again, if only to sort out all the stuff that I missed the first time.

Also, this time, instead of going to Pizza Haven before the show, I walked a little bit further and went to Pizza House. Same initals, much better.

"I Prefer To Be Alone" 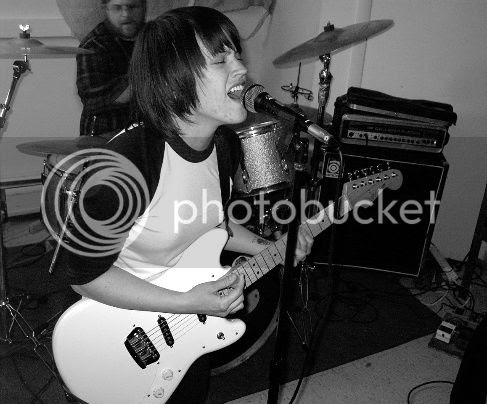 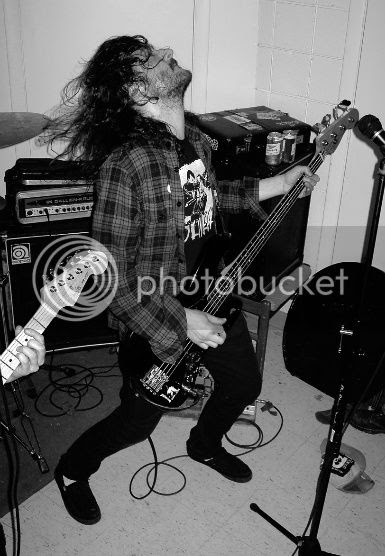 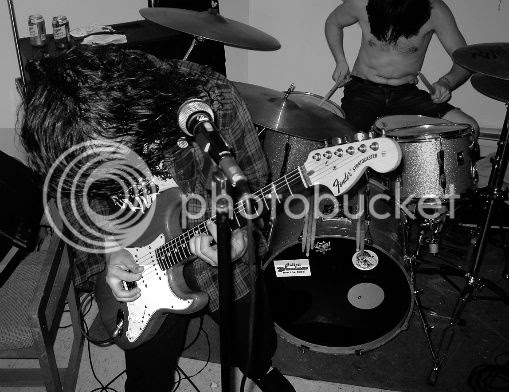 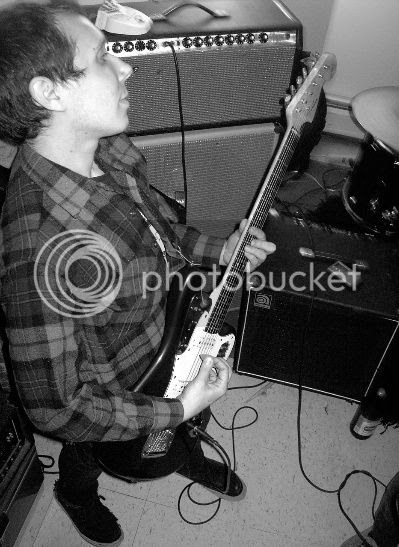 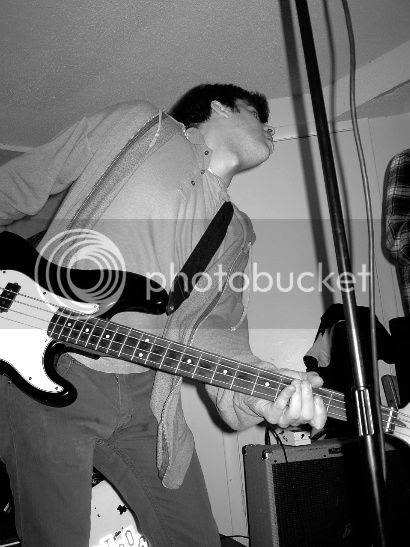 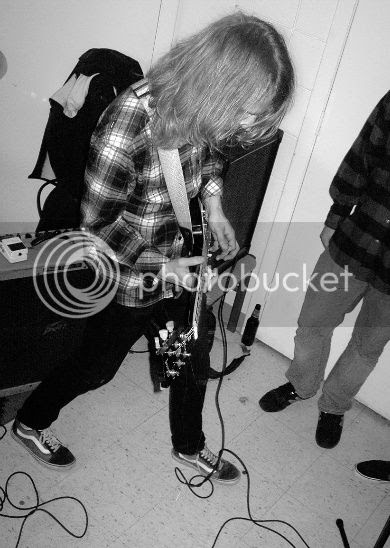 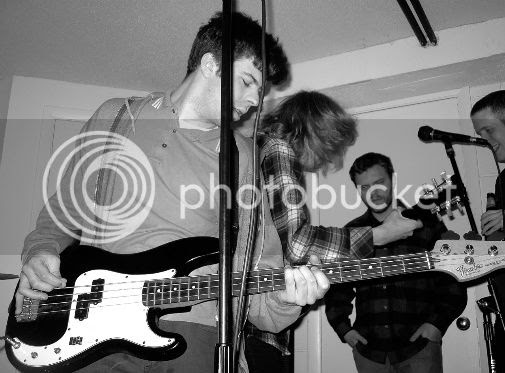 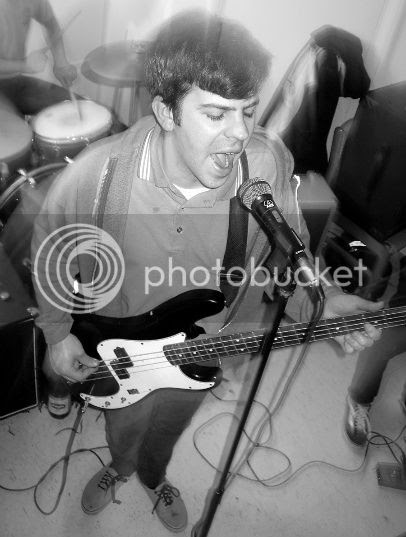 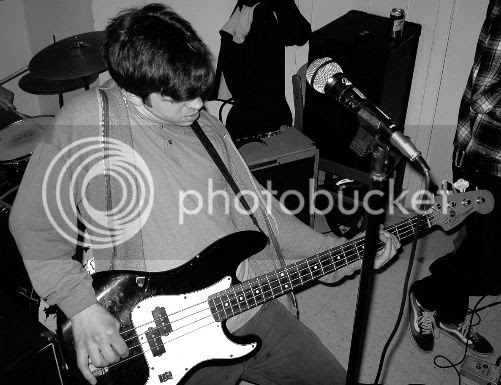 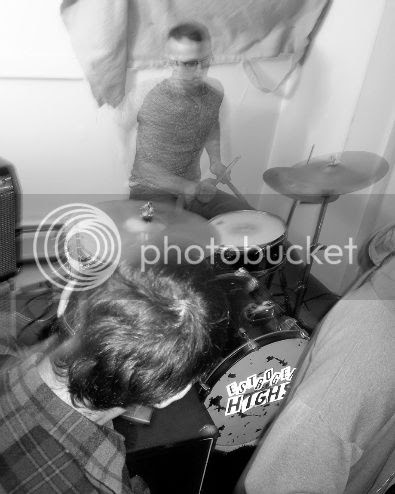 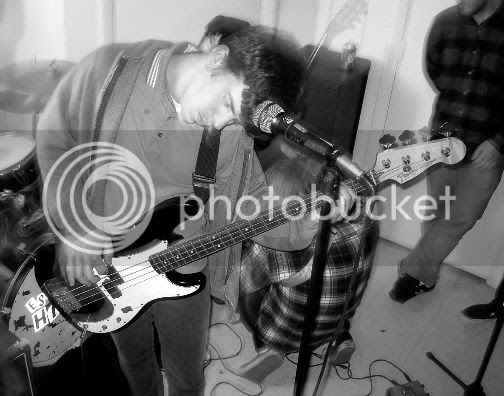 Pretty much slapped-together by Brushback at 10:01 PM

"Move" floats my boat; the choppy guitar and "OOhs" don't hurt one bit.

One to watch, those Estrogen Highs, it would seem.

I have not heard much from Mammoth Hunter of late, more's the pity. The fault is no doubt of my own making, since new material has practically got to fall in my lap these days for it to register.

Yeah, Mammoth Hunter haven't been up to much - I think they've played one show in the past year or so, which was just a little while ago but it was in the middle of the week so I didn't go.

I think I've managed to accumulate at least 3 different versions of their single on Hot Air Press, though.

I put a link up to Hot Air Press in my sidecar, which is just about the only reliable method which allows to keep on top of things. After a fashion.

I checked in on it a day or so back.

It seemed to be stuck in 2008. Maybe I just posted the wrong link ?

Well, alright. Human error is fine by me.

Way off topic here, but do you recall a band called Submarine from some point in the early 90's, by any chance ?

Kind of dirgey and a little turgid, but they came out with a song, "Junior Elvis", I rather liked. I can't find mention of it anywhere and I have no idea whether they even hailed from the US.

Nah, do not know of any Submarine like that.

There's an indie-pop band now called The Submarines, plus there's Submarine Spaceship, but none of these are 90's bands.

Oddly enough. I just found a wiki entry on their discography; sadly with scant information on the bad themselves.

I have searched online previously and uncovered nothing.

I am guessing they were English.

They actually appear to have been fairly prolific on the mail order front with a handful of 7" vinyls released on their own Ultimate Recording Company.

It would have been via John Peel that I heard "Junior Elvis". In session, it appears, although they subsequently rerecorded and released it. In one ear and out the other until it 'resurfaced' a few years back almost note for note in my brain.

A bit shoe-gazey as I remember it.

I have no idea why I introduced mention of it here, since it is nothing remotely like Estrogen Highs, or Mammoth Hunter for that matter.

As I said, well off topic.

The mp3 files on this post are now listen-only (non-downloadable) files. Presuming they even work (I've been getting a lot of partial uploads lately)...