It's Going To Rain No Matter What You Say 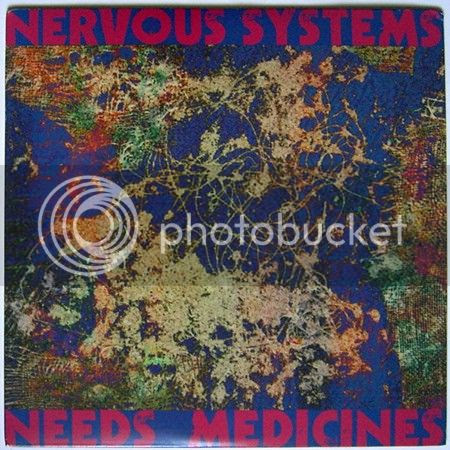 I first heard about this record when Built on a Weak Spot covered it about a month ago, and now that I've listened to it all the way through, it's an awesome record. Self-described as "spare-bedroomcore", Nervous Systems sound a lot like Tobin Sprout's stuff with Guided By Voices, with some Boyracer and a little bit of Tubeway Army added-in. Pretty much all of the songs on "Needs Medicines" clock in at around the two-minute mark, so they don't hang around any longer than necessary, and all eleven songs are great-- it's pressed as a 12" 45, too, which is cool. I'm pretty sure that if I ever got the chance to see these guys live, I'd flip out.

I've ripped the entire record for my own personal use, though if you're a buddy then you've probably already found it in your e-mail box. Give the label a shout (obscuristpress.com), they'd probably appreciate it, plus they've got a bunch of other records for sale, too. When I got my copy of "Needs Medicines" in the mail it included a silkscreened poster; I always like neat little touches like that, so order this sucker up. 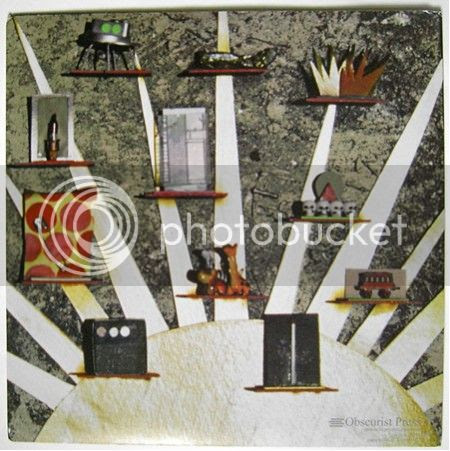 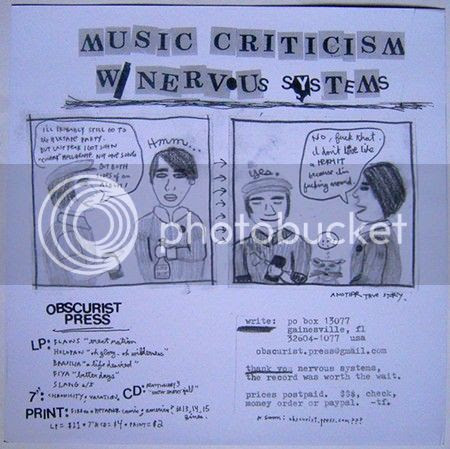 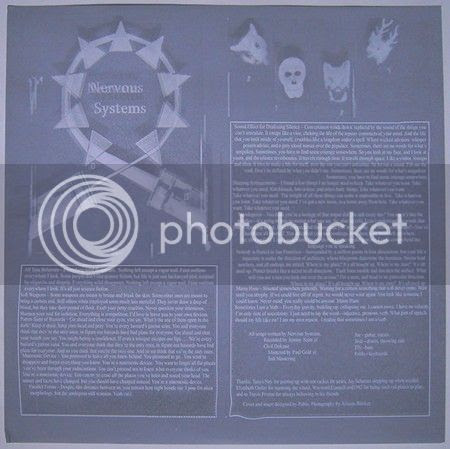 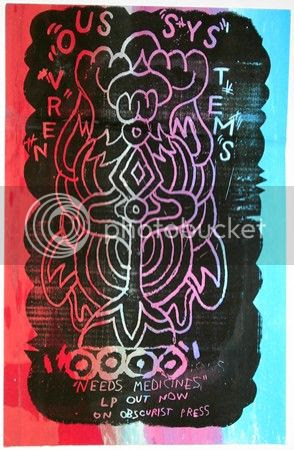 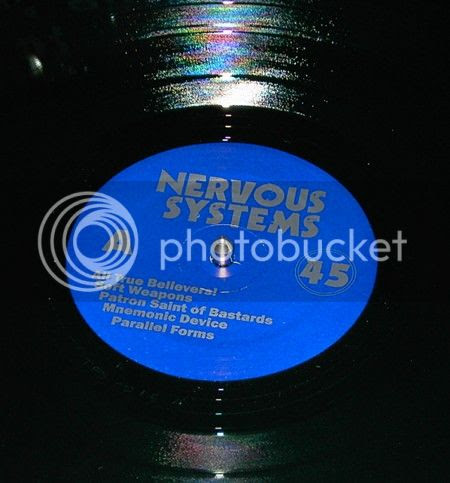 Pretty much slapped-together by Brushback at 1:30 PM

The mp3 files on this post are now listen-only (non-downloadable) files. Buy the record!! Only try not to crease the silkscreened poster, like I did.