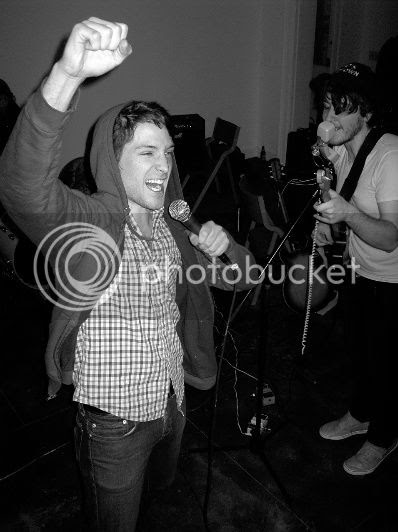 2 Ton Bug really killed it the other night; things were fairly chaotic, but not in a raging let's-fuck-shit up kind of way, more like a we-know-how-frigging-goofy-we-look kind of way. The guitar player sings through a telephone receiver set on infinite echo, and the drummer (D.Gookin) has a kit that includes a "snare" made of broken cymbals/sheet metal along with a couple of empty steel garbage cans, Bob Bert circa Pussy Galore style. There's also a saxaphone, which fortunately you couldn't really hear, and keyboards. 2 Ton Bug are kinda like thrash for hipster kids who don't know any better, but it's fun if you've got nothing else to do. They've got an album coming out soon on everybody's favorite Pregnant Records (Genders, Open Star Clusters, White Sun, etc), and until then you can download a 1/15/10 live show from Boston here. The two tracks I've posted below are from that same live recording, though I've cleaned up and leveled them out just a bit.

I seem to remember the set from Florida=Death as being just one long song, which had these monumental crushing waves to it and kept me standing there watching most of the time (and I usually like to roam around a lot). I'll admit, sometimes I'll see a name like Florida=Death with the type of scene that they're from and think that it must be just a couple of guys sitting alone in a room with keyboards and effects boxes, randomly twisting knobs and so forth, but in this case it's not-- there's some genuine musicianship here, plus they've got a great drummer, which really made the heavier parts kick that much harder. Florida=Death have been around a while; they put out a 12" last year on Hot Air Press that I only bought a couple of weeks ago and hadn't listened to yet, so Friday night was my first time actually hearing them and it was definitely an eye-opener.

By the way, right now you can get the Florida=Death one-sided 12" from Hot Air Press in a package deal ($11 ppd) which includes the Cold Snap one-sided 7" and the awesome Mammoth Hunter 7"-- just go to the Hot Air Press web store (hotairpress.org) and click on "one of everything". The Florida=Death 12" is one long track, 25 minutes long; I made a vinyl rip of it as of yesterday, and you'll find a 7-minute long edit posted below.

Another local band, Angry Times, also played Friday night, and they were interesting enough to make me wish they had a demo or something I could buy-- I don't think they've even recorded anything yet. Not to curse them with too many local references, but were sorta like what would happen if you took Werewolf Police and The Inclined Plane and mixed them together, adding two keyboards plus a bass player who sometimes played a little too spacey for his own good. Wait til those soft-hearted folks at CT Indie and the Advocate get ahold of these guys, they're gonna shit. 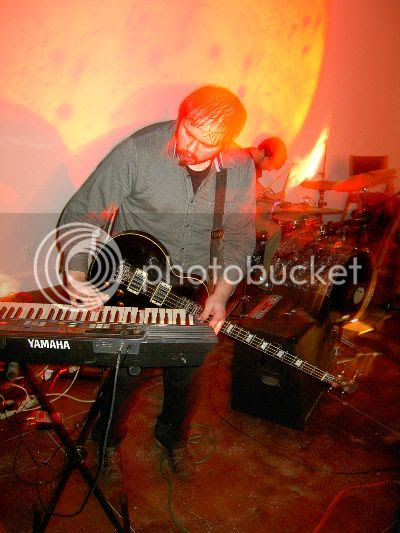 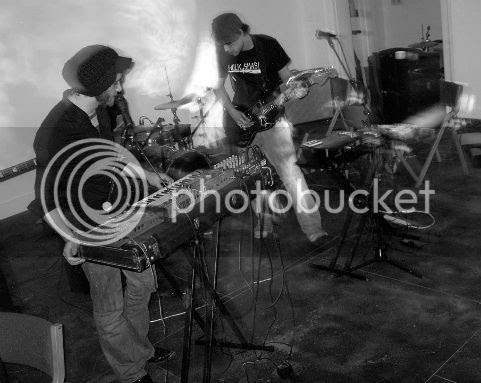 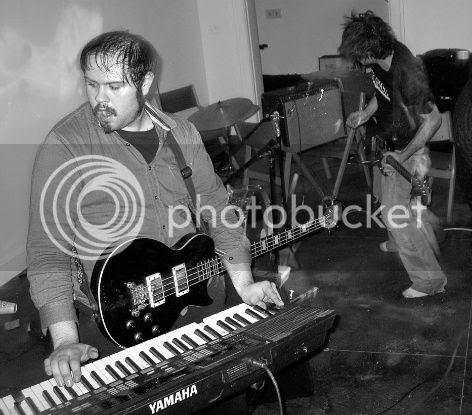 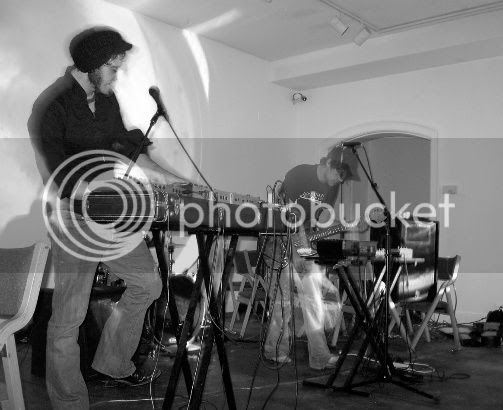 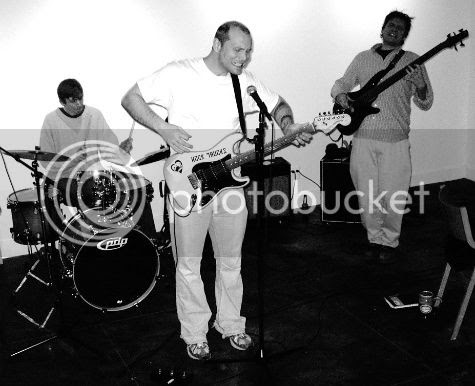 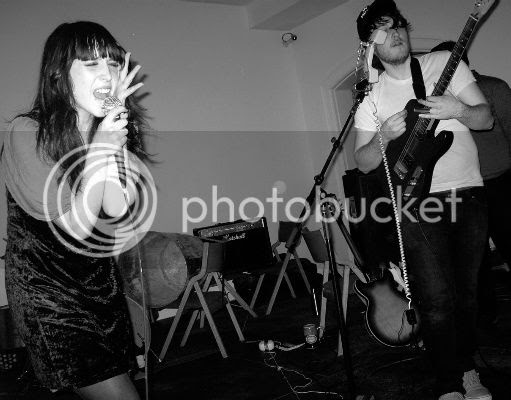 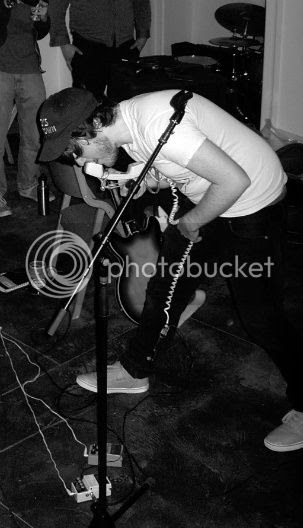 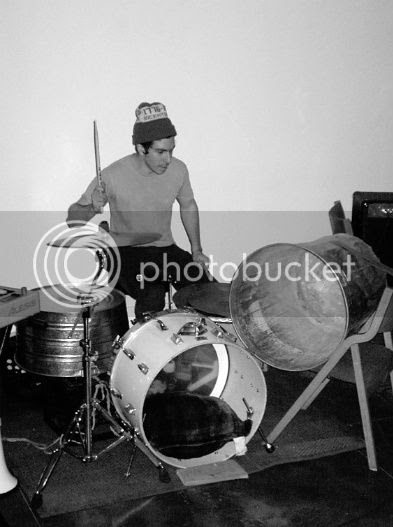 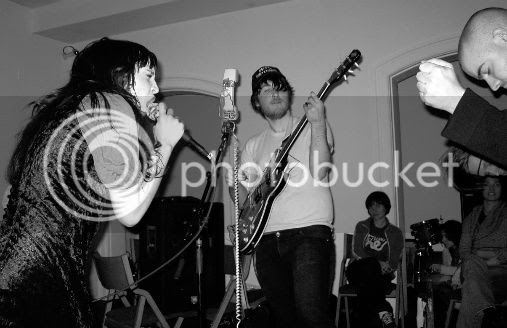 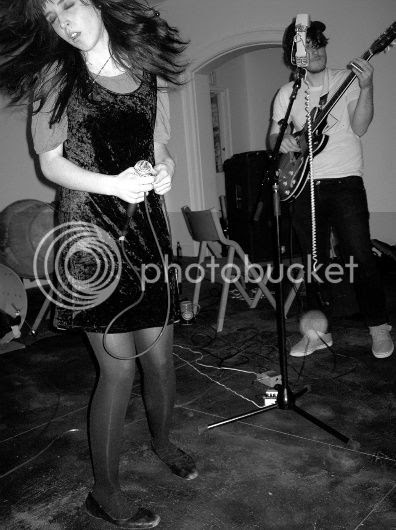 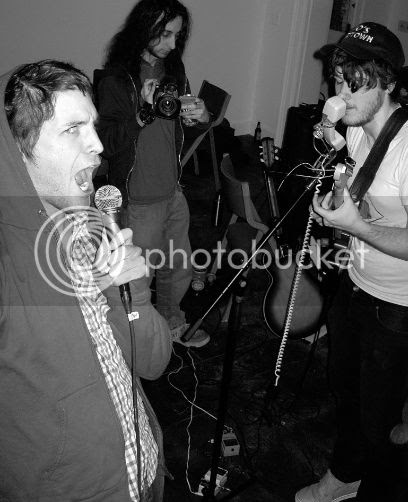 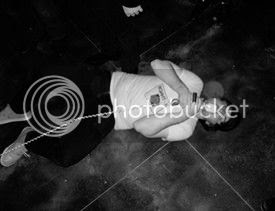 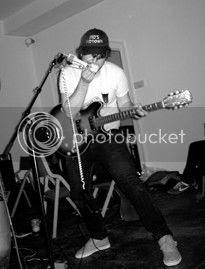 Pretty much slapped-together by Brushback at 5:09 PM

ha ha!! Nice, I must dig into some Angry Times then!

About the Blogger set-up: It doesn't seem to be affecting my blog--I've had it set on "show last 10 days" and it's still showing that. But this could be because I never did switch to that new format when they did the big changeover. So I've never even had the "show older posts" link at all. Are you sure you can't just go into to your setting and change it to show as many posts or days-worth as you want?

My setting is still at "20 posts per page" (in fact, when you scroll back through the older pages it'll still show the number 20 at the top of the browser window), but Blogger is over-riding the setting and restricting how many posts they'll display on the screen based upon the length of the posts/amount of content. Meaning, when I have posts with a lot of bandwith-hogging photos and stuff, they'll restrict how many will be displayed, whereas they'd be more lenient with smaller-length posts. Blogs with fewer photos and mostly text won't have the problem I'm having.

The whole thing is just so dumb. All I can guess is that there's so many blogs on Blogger now that they're running out of resources to host them all. I'd say "why not delete all the millions of dead blogs first", except that I'm keeping a dead blog (Sidearm Delivery) myself.

JD, I don't think Angry Times has a web site/MySpace yet, but the drummer (Matt Sargent) has his own personal web page, and you can look up a small amount of info there --

2 Ton Bug was unbelievable! Do anything you can to see these folks live.

Thanks for the shout-out! Angry Times is brand-new, we'll have all that social networking stuff soon!

Angry Times on your internet browser!

Hey, cool - I didn't know that was the guy from Wooden Man in your band...

The mp3 files on this post are now listen-only (non-downloadable) files. They are now being hosted on my Vox page (which is accessible through any of the above listen-only links), along with the full-length, non-edited version of "Depression Era Music".